Misfit has paired with Speedo to come out with a new activity tracker, named Speedo Shine, and this is an activity tracker that will be keeping track of any activity, including swimming and sleep. Speedo, which is a company known for its swimwear and accessories, pairing with Misfit which specializes in fitness tracking equipment makes it a perfect combination for Swimming athletes.

The Speedo Shine is said to keep track of a swimmers lap count which matches industry level accuracy. The counting is done with the help of proprietary lap counting algorithms to measure lap counts. The device has been tested in Speedo’s Aqualab.

You can sync the Speedo shine with your Android or iOS device with the help of Bluetooth, the speedo shine recognizes all stroke types and will show lap counts for all types by collecting the data, which will then be displayed in the Misfit App on your iOS or Android device.

Coming to the design aspect the Misfit Speedo Shine is a circular shaped wrist device which is made of durable anodized aircraft grade Aluminum. Available in silver color with a black wrist band which it rests on and measures 8.6mm in thickness and weighs in at just 9.4 grams. The following information is collected and displayed on the app – lap count, swim distance, calories burned and fitness points earned. There is another app from Speedo called the Speedo fit swim tracking app, which the company says will sync with in the future.

The Speedo Shine is waterproof like its sibling, the Misfit Shine, which was launched in July, and both the bands come with a replaceable coin cell battery (CR2032), which is said to deliver battery life of up to 6 months. The Misfit Speedo Shine is priced at $79.99 and will be available in Apple retail Stores exclusively from September 1st along with SpeedoUSA.com and misfit.com. 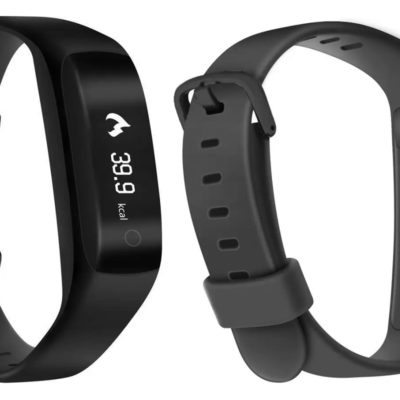