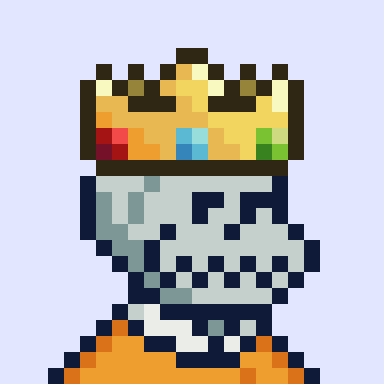 SolanaMonkeyBusiness, a collection of 5000 artworks did hit high numbers as soon as the project was launched and the minting was done, but the highest sold artwork on this project actually broke the record of being the highest-paid NFT on the SOL platform. This particular NFT was sold for 13,027 SOL (~$2.1 million), and the price was set high due to the fact that it is the rarest of all the 5000 monkeys.

For everyone to check on HowRare, this one is on the top of the list, and the artwork has a skeleton body, which is only with 2.42% of all the monkeys, an orange jacket, which is even rare at 1.06%, and the rarest of all is the crown that is only 0.02%. Anyone interested to see all the attributes and details can find the #1355 Solana Monkey on Howrare.

Since the time Solana blockchain has entered the NFT marketplaces, there has been a sheer growth and tough competition given to the Ethereum blockchain, which is slowly losing its dominance, thanks to the high GAS price and fight for minting. Just a few weeks ago, the Degenerate Ape project had sold its first 1-million dollar NFT (5,980 SOL), showing how the SOL projects are taking over with not just good art-makers but big takers who are interested in investing in these arts.

Just at the beginning of this month, SOL token itself grew to a total capitalization of $1 billion, showing its growth and potential as a token and the platform itself as a good alternative to the Ethereum platform for NFT projects.

Note: The image featured in this picture is the art sold for $2.1 million, and we do not hold the proof of ownership and this is just a replicated picture being shared.