ASUS India, or rather ASUS as a whole was not as active until the MWC 2018, the time during which there were a few smartphones getting official. Now, they come up with a smartphone in India but that isn’t one of those already launched ones. The ASUS ZenFone Max Pro M1 is a completely new device, and it takes a position exactly beside the Xiaomi Redmi Note 5 Pro, which would be a to-go choice till now for anyone considering a mid-range phone offering so much.

The Indian market, frankly, has been spoilt by the number of options they have, and while it might make the buyers confused on what to end up buying, it also gives them the right to be choosy and understand what’s better rather than just get the available phone forcibly. Xiaomi, Motorola, Lenovo, Honor, and others have brought in so much that it is good for the consumers. The ZenFone Max Pro now adds up to that big list, and how? Let’s check out the first impressions with the phone. Rock solid phones is what we’ve been looking at in the recent times, and with the re-entry of the Nokia phones in the market, the sentiment has become stronger. Here, with the ZenFone Max Pro, the back of the device is kept metallic but to work with the antennas in the reception of the signals, the side frame is a polycarbonate one. There could have been better ways of working on it, but ASUS chose to keep the metal unibody design away.

Still, there is no negative scoring for how well built the phone feels, and for that thickness despite packing a large 5000 mAh battery. That’s one area where the Xiaomi Redmi Note 5 Pro might feel inferior, but there are enough odds on each of them to hold their positions hard. One of the issues with the Redmi Note 5 Pro was with that bump on the back made by the cameras, and here, the ZenFone Max Pro M1 has those flushed into the body and thus, there won’t be that worry about the camera area getting a direct impact on the rough surfaces. On the paper, the ASUS ZenFone Max Pro seems like a tough one, with the right set of specs for the price. The latest trending 18:9 display, the Snapdragon 636 chipset, dual-lens camera on the back, and finally the stock Android, 5000 mAh battery makes up a list that easily would say that the device is made to stay good for long and offer the important aspects quite well – Performance, and Battery Life.

The Redmi Note 5 Pro from Xiaomi would have been a go-to phone so far with the only hiccup for people being the fact that they cannot easily buy one, thanks to those availability issues. The ZenFone Max Pro M1 hits that spots rightly and that should be worrisome for Xiaomi, but we are speaking a little too early, as although it all looks good, it bends down to the actual usage after which we’d be comparing this with that particular contender to see which phone finally dethrones the other one. 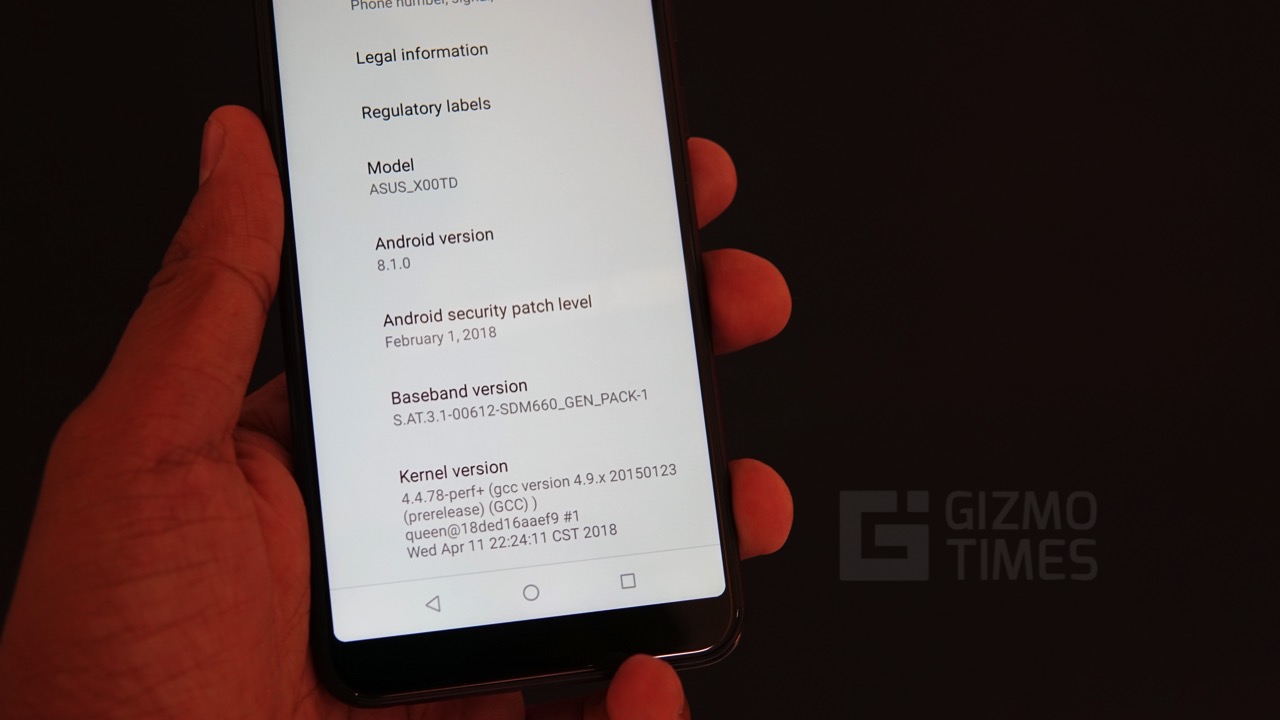 It isn’t only the specs but also with that user experience, because the ZenUI is not given here and this makes the phone even more likeable. No bloatware, to begin with, but thanks to the Snapdragon 636 here, the UI is snappy and very responsive.

We’ll soon be coming up with the final review and the comparison with a couple of the best contenders in this price range, but so far, if you are to be given the initial view, the ZenFone Max Pro M1 seems like an excellent performer with so much at offer on the paper.

Huawei P20 Lite with the 5.84-inch display with notch, Kirin 659 launched in India