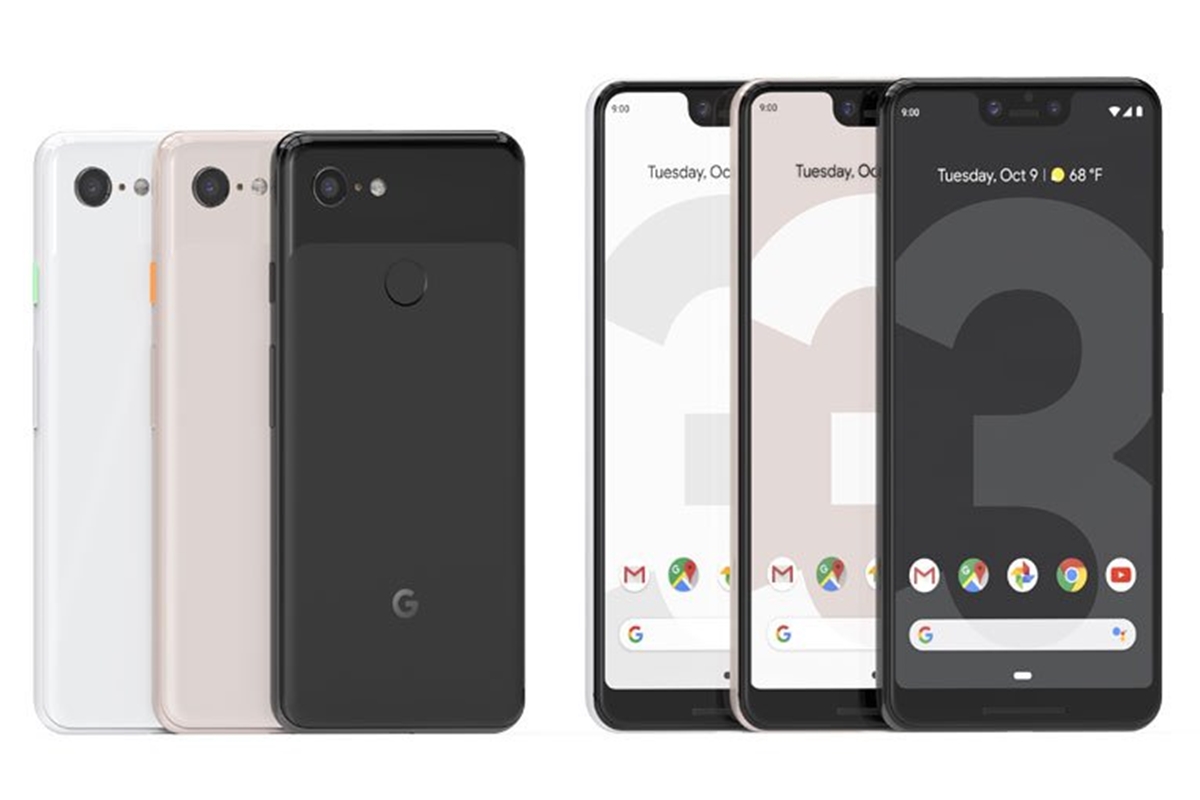 After being leaked and reviewed for multiple months, Google has finally announced the launch of the Google Pixel 3 and the Pixel 3 XL, today. The third-gen Pixel smartphones come with everything that the modern 2018 flagship has, but with improved cameras and software experience.

The Pixel 3 has a Full HD + screen with a 1080×2160p resolution, whereas the 3 XL has a Quad HD+ panel that has a 1440×2960p resolution. The screens have support for HDR, Always on Display and Color modes. There’s also a Boosted Mode which increases the color saturation for a sRGB + 10% color profile.

Powering the smartphones is the mobile flagship SOC from Qualcomm, the Snapdragon 845 SOC with Adreno 630 handling the graphics. The Pixels come with 4 GB of RAM and either 64 GB or 128 GB of storage to choose from. As for the software, the two phones run on Android 9.0 Pie, which is not a surprise as they are made by Google.

For imaging, the Google Pixel 3 and Pixel 3 XL come with a single rear-facing 12 MP camera which has a wide f/1.8 aperture. While on the front, the phones use a pair of 8 MP snappers, of which, the primary unit is a regular camera, while the secondary camera is a wide-angle unit. The Pixel phones come with Pixel Imaging Core which captures HDR+ images with a single click.

Top Shot
The Pixel smartphones also come with the new Top Shot feature, which captures a stack of images and uses AI to select the best image amongst all. All the images captured are HDR+ images, so the details remain constant. This feature isn’t new to smartphones, as Nokia implemented this back in their Lumia smartphones. However, the best shot feature on Nokia selects the image randomly unlike the Pixel 3 devices.

Super Res Zoom & Night Sight
There’s a Super Res Zoom mode which captures bursts of HDR+ images and processes them in their imaging algorithm to produce a single High-Resolution Super Zoomed-in image. Also new to the plate is the Night Sight mode, which uses machine learning to choose the colors based on the concept of the image and process it accordingly, to produce a more brighter and vivid photo, in extremely low lighting conditions. The Night sight feature will roll out to Pixel 3 and other Pixel devices, next month.

Playground
The AR stickers will now be called as Playground, which now has characters from the Marvel’s Avenger series, in celebration of Marvel Studios 10-year anniversary. Google is also said to be working with Donald Glover to create the Childish Gambino character for the Playground. The Playground can be accessed using both the front and the rear-facing cameras. The feature will first be available on the Pixel 3 and will later roll-out to Pixel 1 and Pixel 2 devices.

Battery & Connectivity
Fueling the Pixel 3 is a 2915 mAh battery, while the Pixel 3 XL comes with a 3430 mAh battery. Both the phones support fast charging, both through wire and wirelessly. For connectivity, the Google Pixel phones come with 4G VoLTE, Bluetooth 5.0, NFC, Dual-band 802.11 ac Wi-Fi with 2×2 MU-MIMO support, GPS/A-GPS and GLONASS.

Security & Digital Wellbeing
The phones feature a rear-mounted fingerprint scanner, for security. The Pixels also come with Google’s Titan Security Chip which provides on-device protection for user’s login credentials, disk encryption, app data and the integrity of the OS. Google has introduced a new feature called “Flip to Shhh”, which switches to DND mode when the phone is flipped face-down on a surface.

The backs use a single glass which has both a matte finish as well as a glossy finish. Google has achieved this, using a new micro-etching technique to the etch the glass. Additionally, Google will be offering 6-months of YouTube Music subscription for free, to users who purchase and activate their Pixel 3 smartphones, before December 31, 2018.