The Moto Z2 Force is designed with 7000 series aluminum and has a unibody design and is water repellent thanks to the Nano coating on the body. The back of the phone also comes with pogo pin connectors for it to interact with the Moto Mods. Coming to the specs of the device, the Moto Z2 Force is powered by the Qualcomm Snapdragon 835 chipset and has 4GB or 6GB RAM based on the variant. The display on the device is a 5.5-inch QHD Shatter-Shield AMOLED display which offers resistance to shocks. The dual camera setup on the rear of the device has two 12-megapixel Sony IMX386 image sensors and one of them is a monochrome sensor while the other captures in RGB. Both the sensors have an aperture of f/2.0 and have PDAF as well as laser autofocus. The rear camera also comes with the CCT dual-LED flash and the front camera is a 5-megapixel camera that has an aperture of f/2.2. The front camera is an 85-degree wide angle lens and has an LED flash. The internal storage on the device comes in two options of either 64GB or 128GB and both of them can be expanded via microSD card to up to 2TB. In terms of connectivity offered, you get dual-band Wi-Fi 802.11ac, 4G LTE, Bluetooth 4.2, NFC, GPS/A-GPS and USB Type-C. Sensors on board include the common accelerometer, ambient light sensor, gyroscope, proximity sensor and the device even has a few uncommon sensors like the magnetometer and the barometer. The handset comes with a 2730mAH battery and support for 15W TurboPower charger and the Moto TurboPower pack mod will more than double the battery life with its 3500mAh battery. The reason company has opted not to go with the 18:9 aspect ratio display given the fact that no supplier has a ShatterSheild display panel at 18:9 Aspect ratio. The company implements a 5-layer technology in which the first layer protects against the dents and falls while the second layer is a protection layer that would not crack or shatter.

The third layer is a secondary layer and it takes over in case of an impact on the primary layer. The fourth layer in the display is the flexible AMOLED display that provides the amazing viewing experience. The fifth and the final layer is the Rigid Aluminium chassis that provides the structural integrity.

The phone is coming with some launch offers.

The phone is officially launched at Rs. 34999 and the Moto TurboPower pack Mod is available for free as a part of the bundle.

Millions of Android devices hijacked to mine Monero coin 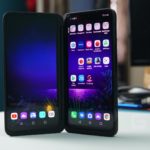 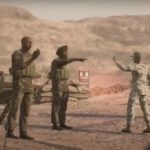