Well, we had thought that at least a few things will remain a secret until the final launch of the device but no, here is more about the OnePlus 5, just before the launch. While Evleaks on Twitter has leaked the official press render of the phone, TheVerge has put up an entire story of how the OnePlus 5 was made, leaking out almost every detail, and the specs of the cameras in particular.

Every year, the company is focusing on making the camera better and yes, that has been done effectively. But this time, it isn’t only about OnePlus 5 beating its predecessor. OnePlus has to make sure the cameras are good enough to capture photos so well that they can be compared with the flagships from the other brands. Earlier, they had mentioned about partnering with DXOMark to make the cameras better and now, here is what we know about the hardware.

Dual-lens camera systems are not new now after brands like Huawei, Apple, Xiaomi, and LG having done some exceptional job with them and each of them offering a unique set of features based on what they included. OnePlus has now got a similar setup and that is set to work the way it does on the Apple iPhone 7 Plus. It is a combination of the standard + telephoto lens where the secondary lens will be a telephoto lens offering zoom and also help in portrait shots.

“We were exploring dual cameras last year, but we knew the education cost would be too high,” explains Lau. “We have to thank Apple for educating the market for us.” The main camera is a 16-megapixel Sony unit with an f/1.7 aperture lens. The second camera has a 20-megapixel Sony sensor with an f/2.6 “telephoto” lens. OnePlus claims that this is “the highest resolution dual-camera system on a smartphone today.”

I have personally seen a few shots taken on the portrait mode and it works perfectly in bright light conditions and the bokeh looks very natural, but then the aperture size in the secondary lens would surely make it hard to take decent photos with zoom in low light conditions. We’ll only know how well has OnePlus worked with the two lenses and the software to make things better but the portrait mode will surely be an attractive one in the list of USPs. 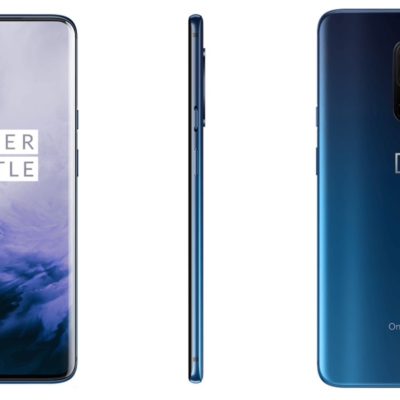