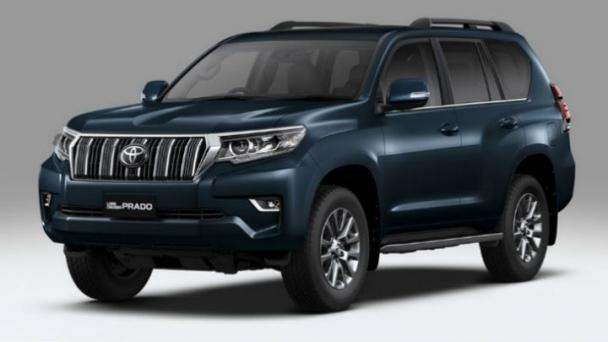 Toyota recently announced their new Toyota Yarris and it garnered them a lot of attention, the company then went on to showcase their new Land Cruiser, the Prado at the Auto Expo 2018. The SUV from the company has been given an overhaul to make the design more contemporary without losing the initial cues of design.

The grille on the front of the SUV has been chiseled which is still chunky and startling. The headlamps have been slightly redesigned to make them slightly sleeker and are now LED Driven. The bumpers on the front as well as the rear have been revamped to add a better overall appeal and to be in sync with rest of the design aspect of the car. The interior of the SUV has also seen a few changes in terms of the steering wheel as well as a new and modern center console design.

The engine of the car is very well powered and the 4-cylinder D-4D engine in the SUV produces a maximum of 17bhp at 3400 rpm and a peak torque of 410Nm between 1600 to 2800 rpm. The drivetrain of this car includes a 5-speed automatic transmission and the car comes with an all-wheel drive. The SUV has been designed to take on the worst conditions and the front suspension is a double wishbone suspension while the rear is a multi-link unit with air springs and dynamic dampening.

In terms of features, the updated SUV comes with Crawl Control which allows the SUV to crawl off road giving fewer responsibilities to the drier allowing him to take care of the steering duties. The Multi Terrain Select option in the SUV allows the driver to choose from one of the four pre-programmed driving modes that apply subtle changes to the throttle response as well as brake response making the SUV usable across all terrains. The SUV has emphasized a lot on safety and comes with 7 airbags and has support for ABS, EBD and Brake Assist technologies.

The headrest on the dornt seats have been redesigned to add more verall comfort and the SUV also has a stability control system along wiht tyre pressure monitors that alert the driver in case of low tyre pressures.

The Availability and pricing of the Land Cruiser from Toyota have not yet been announced but we expect to hear news about the same later this year.