Ahead of MWC 2018, LG has already announced that the company will be unveiling more advanced K10 and K8 series smartphones at the event. The revised 2018 editions of the K8 and the K10 will be coming with more premium features rivaling other devices in the segment and both the models will be rolled out globally in key regions of Europe, Asia, Latin America and the Middle East.

The two new models are expected to come with several advanced camera features including high-speed autofocus and noise reduction for better low light imaging.  The new K series will continue to deliver the improved experience to its users at familiar prices. The K8 and the K10 devices from LG will both come with a glossy pebble design which has been the key design element of the K series so far. There is also a 2.5D Arc Glass design for a modern and seamless integration of the display with rest of the build. The devices will be coming in three new colors this year – Aurora Black, Moroccan Blue, and Terra Gold.

The LG K10 comes with a 13MP rear camera that was previously seen on the LG G6, the front camera of the device is an 8MP camera that supports the famous Bokeh mode which is also called the Portrait mode. The device also supports the PDAF (Phase Detection Auto Focus) technology which provides 23 percent improvement in the traditional autofocus time. The Smart Key can be used to trigger Quick Shutter and capture images and also to capture screenshots using the Quick Capture. The same key also doubles up as a fingerprint sensor for the device. Coming to the LG K8, the device comes with better UX in the camera and the low-light photography has really improved in the device. This helps the device capture brighter, clearer images even in low light conditions. The LG K8 retains some of the most demanded features including the Auto Shot, Selfie Flash, Gesture Shot, and Quick Share. The LG K8 and the K10 both come with Low Light Noise Reduction feature to get clearer photographs in dim environments, this feature combined with the HDR makes the result photos come very sharp and luminous. The other new feature is the Flash Jump Shor which takes an image every three seconds and then stitches the images together to create a GIF that is easy for sharing.

Talking about the specifications, the LG K10 comes with a 1.5GHz Octa-core processor and there are three variants and you can choose between either 3GB RAM with 32GB Internal Storage or 2GB RAM with 16GB storage. Both of which can be expanded to up to 2TB. The display on the device is a 5.3-inch display with HD resolution. The camera on the K10+ and the K10 are the same, while the rear camera is a single 13MP setup, the front camera is a dual camera setup with a high-quality 8MP camera and a 5MP wide-angle camera. The K10 alpha variant comes with an 8MP rear camera and 5MP front camera. All the three variants have 3000mAh battery and run on Android 7.1.2 Nougat based operating system.

The LG K8, on the other hand, comes with a 1.3GHz Quad Core processor and has 2GB RAM along with 16GB Internal Storage. The display on the device is a 5-inch display with HD resolution. The device has an 8MP rear camera and a 5MP front camera similar to the LG K10 Alpha. The battery on the device is a 2500mAh battery and the device runs on Android Nougat 7.1.2 based operating system. The device comes in three colors – Aurora Black / Moroccan Blue / Terra Gold. 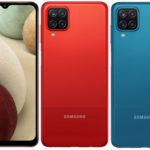 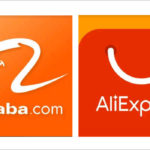