ASUS ZenFone 3 Laser Review – Well made, but not so well priced! ASUS has recently launched their latest flagship device, the Zenfone 3 and along with it the Zenfone 3 Laser, which is a long due successor to the Zenfone 2 laser, one of their popular mid range devices. Following suit, the Zenfone 3 Laser is a great feature rich device to fill up all the needs of the users which it is being targeted at. There has been a huge upgrade in terms of build quality and overall design in comparison to its predecessor, with a brushed metal body and much refined build.

One of the major differences is the price point at which the Zenfone 3 Laser is launched, it is almost double the price at which its predecessor was launched at. With the competition upgrading at such a rapid pace, it is important for ASUS to make sure it keeps up with the competition in every aspect. Let’s check out what ASUS has offered, before talking about how well the device has performed in each aspect. ASUS has upgraded all their Zenfone series devices to their latest design philosophy with the upgraded Brush metal body and rounded borders, It gives you a much better and premium feel as compared to the earlier variant which was sporting a polycarbonate back. Along with the All metal body the front of the device comes with a 2.5D Corning Gorilla Glass which slightly curves on the edges. Although the back does not sport the Glass panel as in Zenfone 3, it comes with metal back which ASUS says is Fingerprint and smudge resistant thanks to the oleophobic coating on top. The back panel sports a Fingerprint sensor below the Camera module which is an addition as compared to its predecessor. The Camera is surrounded by a dual-LED flash and laser autofocus sensor on with sides. The Camera bump is evident on the back of the device and does not let the device rest flat on its back. There are two antenna lines running on the top and bottom on the back. The 3.5mm audio jack is present on top while the micro USB port along with speaker grill is on the bottom of the device. Volume rockers and the Power button are on the left of the device while the Hybrid SIM card slot is on the right.

Zenfone 3 Laser felt quite comfortable to hold in hand inspite of the 5.5-inch Display size with a 77% screen-to-body-ratio. The Navigation buttons are located below the display and are not backlit as the earlier models, but at this price range it is not acceptable. The Earpiece, front camera and proximity sensor is located above the display. Zenfone 3 laser sports a 5.5-inch Full HD display with 2.5D curved Corning Gorilla Glass 3 on top with resolution of 1920 x 1080 pixels. It comes with minimal bezel design on either sides of the display. Color reproduction is quite good with vibrant colors and the blacks are rich. There was no issue with the Brightness levels which made outdoor usability quite good. The color temperature adjustment with the help of ASUS Splendid app gives the users options to adjust the display temperature according to their requirements. If you are a night reader, turning on the Blue light filter can help your eyes from not getting strained with prolonged reading.

Touch response was spot on without any trouble and it also supports Gloves as well which can be useful in winters. Without a Screenguard or Tempered glass the display was a fingerprint magnet and as most of us will be getting protection first thing after the phone is delivered, I don’t feel that it will be a problem. The Zenfone 3 Laser runs Android 6.0 Marshmallow with the company’s ZenUI 3.0 skin on top which cubes with many preloaded apps Themes, Photo Collage, Mini Movie, ZenCircle, ZenSync, Weather, Do It Later, Game Genie, ZenFone Care, and Cover along with some third party apps like Amazon Shopping, Saavn, TripAdvisor, Instagram, Amazon Kindle, and Facebook. The latest Zen UI is a lot refined as compared to the earlier versions but the number of apps pre installed apps is disappointing.

The Zenfone 3 Laser is equipped with an Octa-Core Qualcomm Snapdragon 430 ( 4 x 1.2 GHz Cortex A53 + 4 x 1.5 GHz Cortex A53) 64-bit processor with Adreno 505 GPU coupled with 4GB of RAM and 32GB internal storage which can be further expanded up to 128GB using the Hybrid SIM card slot with microSD card. With the given specifications, the Zenfone 3 laser performs decently on multi tasking but you cannot expect exceptional things from the device as it comes with similar specifications as the Redmi 3S which is almost half the price. It is not meant for heavy gaming as we faced some lag while playing some heavy games. There was no heating problem or heating issues faced at all times and at most the device got warm which was acceptable with a metal body smartphone.

The Fingerprint sensor is quite fast and as it is turned On at all times, the device can be unlocked with the fingerprint sensor from standby. When the Zenfone 3 laser was put through certain Benchmark tests it scored at par with the specifications like Vellamo 3.1 score of 2422, AnTuTu score of 43,140 and Quadrant score of 23,956 respectively which are moderate. With other devices in the price range sporting top of the line SoC like the ZUK Z2 and LeMax 2, the performance of the device is not up to the mark. For a regular user the device is a complete package but if you are someone who games a lot or is a multitasker, it disappoints with lag and frame drops seen while gaming. Zenfone 3 Laser sports a 13MP rear camera with Sony IMX214 sensor with dual-tone LED flash, f/2.0 aperture, Laser AF and 3-axis EIS. With the camera being the main USP of this device does it perform to its name, let’s look at it in detail. Laser Auto-Focus is impressive at 0.03s which is evident while taking close up shots, it was not as efficient on long shots. The camera interface is well laid out and easy to use with manual options like Manual, HDR Pro, Beautification, Super Resolution, Low-light, QR Code, Night, Depth of field, Effect, Selfie, GIF animation, Panorama, Miniature, Time rewind, Slow motion, or Time Lapse.

Color reproduction and details are captured well in good to medium lighting conditions, but with low light there is visible noise and over saturation at times in the images captured. Electronic Image Stabilisation is helpful while Video recording which makes the footage appear smooth. The front camera is a an 8MP shooter with aperture of f/2.0, it captures decent selfies and the beautification mode is automatically activated on launching the front camera. The camera is quite good for regular captures and nothing exceptional should be expected from it which its competitors do not do.

The following camera samples are scaled down. Check the link below for full resolution pictures. Other things to know ASUS has given it away with the pricing of the Zenfone 3 Laser at Rs. 19,999, and that is more than double the price of the Redmi 3S, which runs on the same Snapdragon 430 processor. Other competitors like the LeEco LeMax 2 and Lenovo Z2 Plus are priced similarly but with much higher specifications and this makes it quite difficult to recommend the Zenfone 3 Laser.

Keeping aside the price, the Zenfone 3 Laser sports decent build with good display, decent camera performance and decent battery. It will be a great buy if ASUS plan to cut short the pricing by a good margin. 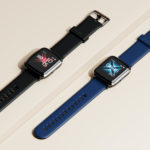