Digitek has recently launched a 3-axis smartphone gimbal, the Digitek DSG-005. The gimbal, which was initially priced at INR 9,990 is now available anywhere between INR 8,250 – INR 8,500 on Amazon and Flipkart. The 3-Axis stabilizing gimbal comes with three operation modes, Pan-Tilt Follow mode, Pan Follow mode and Lock mode. Users can switch between three modes by pressing the “Mode” button provided on the gimbal.

The built-in Joystick ensures the footage comes out smooth while shooting tilt and pan shots. The On/Off button lets you toggle between front and back cameras or photo & video modes with two and three clicks respectively. The gimbal connects to the smartphone via a Bluetooth. To control actions such as zoom, focus, ISO, white balance and access various modes such as face tracking, smart object tracking, timelapse, panorama shooting and many more users are required to download the Stabilizer app on the smartphone. The box package includes the 3-Axis DGS-0005 Gimbal, a mini tripod, a safety strap and a micro USB cable for charging the gimbal. The gimbal weighs 423 gms and supports a maximum payload of 200gms. The DGS-005 Gimbal comes with in-use charging functionality that lets users charge their smartphones while being used to shoot videos or photos. The gimbal claims to provide up to 12 hours of usage time and takes up to 3-4 hours for a full charge. 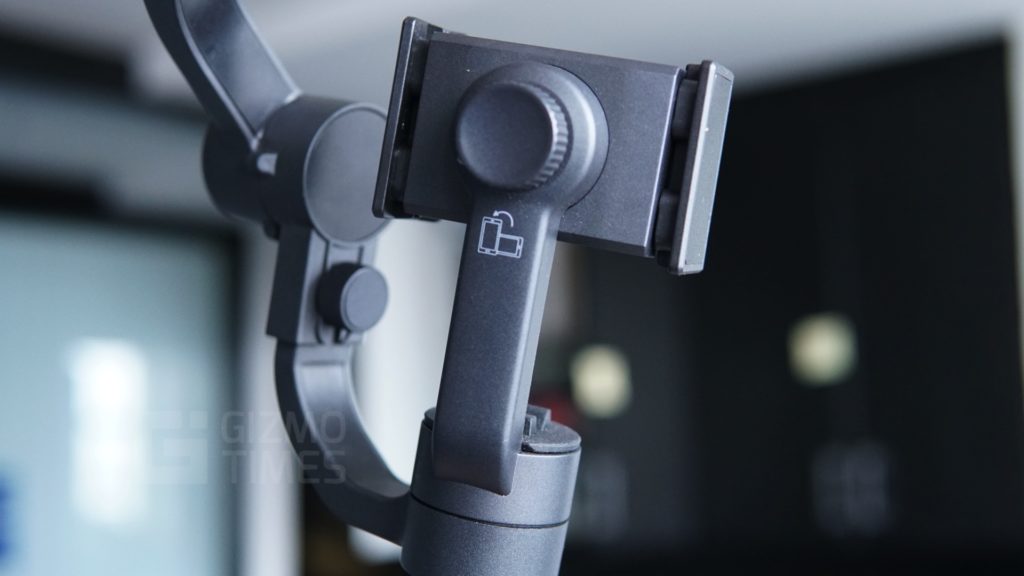 The Digitek DSG-005 is good as a secondary option for users to choose from, while we still would recommend gimbals from DJI, as the stabilization and the features that it offers is far superior than the Digitek’s offering. What Digitek has done here is that it has given an alternative for those who are looking for a budget option now that the price has gone down, and for the regular usage, this gets the job done.