While Huawei isn’t a big name in the Indian market with just a few significant releases including the Google Nexus 6P and the Huawei P20 Pro, the company is putting in tremendous efforts to change the scene here. Huawei’s sub-brand Honor has been successful in making its presence be felt in the Indian market with their flagship smartphones at an affordable price. Huawei kickstarted the year by launching their flagship P20 Pro and P20 Lite in India, and we now have the company announcing the Nova series in India. The Nova 3 and the Nova 3i have been launched at a competitive price and come with four camera sensors and excellent overall design.

The Huawei Nova 3 comes at a price of Rs 34,999 and directly compete with the OnePlus 6. While the latter has already proven its performance and other aspects, we test out the Huawei Nova 3 to see where it stands concerning the competition. Almost every major smartphone this year has stuck to a fixed design language by increasing the display length while cutting the screen borders thin and adding a notch. This has been consistent across most Huawei and Honor phones, and even the OnePlus 6 has adopted a similar approach. The Huawei Nova 3 is no different and comes with an extended screen on the front with a moderately sized notch on the top. The back panel of the smartphone is made up of glass and is incredibly slippery while also attracting fingerprints and smudges easily. The power button is textured and placed to the right alongside the volume buttons making it easy to identify.

On the left is the hybrid dual-SIM tray and the smartphone supports dual 4G VoLTE which is very useful considering the fact that even Airtel is slowly adopting the VoLTE standard. The headphone jack is still present on the smartphone and now placed at the bottom along with the USB Type-C port and the speaker grille. The Huawei Nova 3 comes in multiple color options, and the Iris purple is the most attractive of all, we got the subtler black variant which still had a great design and appeal. The design of the smartphone is inspired by the iPhone X, and the borders around the display and the notch only add to the suspect, also, the Huawei Nova 3 is one of the few Android smartphones with a relatively smaller chin on the bottom. The notch is put to best use with two cameras, the earpiece and the notification LED along with the infrared emitter. The infrared transmitter helps massively in low light with the face recognition. Along with the face recognition to unlock, the fingerprint sensor is still retained and sits on the rear panel of the smartphone.

The 6.2-inch IPS display produces pretty good color output with rich content and has a FullHD+ resolution. The brightness was surprisingly good, and the screen was legible even under direct sunlight. While the smartphone doesn’t come with Gorilla Glass or any other significant scratch and break protection, the display remains scratch less for the most part.

Performance – Good but not the best! The Huawei Nova 3 is powered by their in-house Kirin 970 processor and can easily handle multi-tasking and heavy usage. The smartphone runs on the company’s own top-end SoC which is an octa-core chip that was previously spotted on the Huawei P20 Pro and the Honor 10. While the Kirin 970 does find it tough to keep p with the Qualcomm Snapdragon 845 raw performance, the AI functionality is deep-linked in the chipset. We got a score of 200,879 on the AnTuTu test and 31,248 on the Ice Storm Unlimited while the OnePlus with the Qualcomm Snapdragon 845 processor scored a much higher 272,980 in the AnTuTu test. The Huawei Nova 3 comes with 6GB RAM and 128GB internal storage without NFC or FM Radio chips. The smartphone doesn’t come with any sort of water-resistant treatment and doesn’t support wireless charging either, similar to the OnePlus 6.

While the Kirin 970 processor is slightly dated, it is still very capable of handling the tasks very well. Multi-tasking on the chipset with apps in split screen mode works without any hiccups. We also tried the PUBG and Asphalt 9 titles, and we had no issues with the settings turned all the way up. The Nova 3 comes with the GPU Turbo technology that offers software and hardware level enhancement designed to boost graphics in games. The phone, however, heats up very quickly which is perhaps due to the high powered Kirin 970 chipset. The back of the smartphone does get warm occasionally even while performing minor tasks and the rise in temperature is not limited to playing games in most cases.

Even when the notch is hidden or not, the apps don’t take up the entire display, and there is an option to force selected apps to use the whole screen space. The Nova 3 had no issues with most media formats and played 4K video without any stutter, the volume is, however, moderate and even after cranking it to maximum amount has limitations.

Camera – AI with a twist

The Huawei Nova 3 comes with a 16MP primary sensor on the rear with support for PDAF and having an aperture of f/1.8. While there is no OIS as we saw on the Huawei P20 Pro, the EIS does a pretty good job too. The Nova 3 recognizes most of the objects and scenes to automatically apply the different effects, while the software works flawlessly in most cases, we did have a few instances wherein the image was processed and oversaturated the image. In most daylight conditions the landscape captures come with excellent detail and appear very colorful. The post-capture processing is very aggressive, and we liked the macro shots on it too. It is essential to be still to avoid any sort of motion blur while the image is being captured considering the fact that there is no OIS. The autofocus was considerably slower in low light conditions and the phone needed to help extremely stable for decent shots. 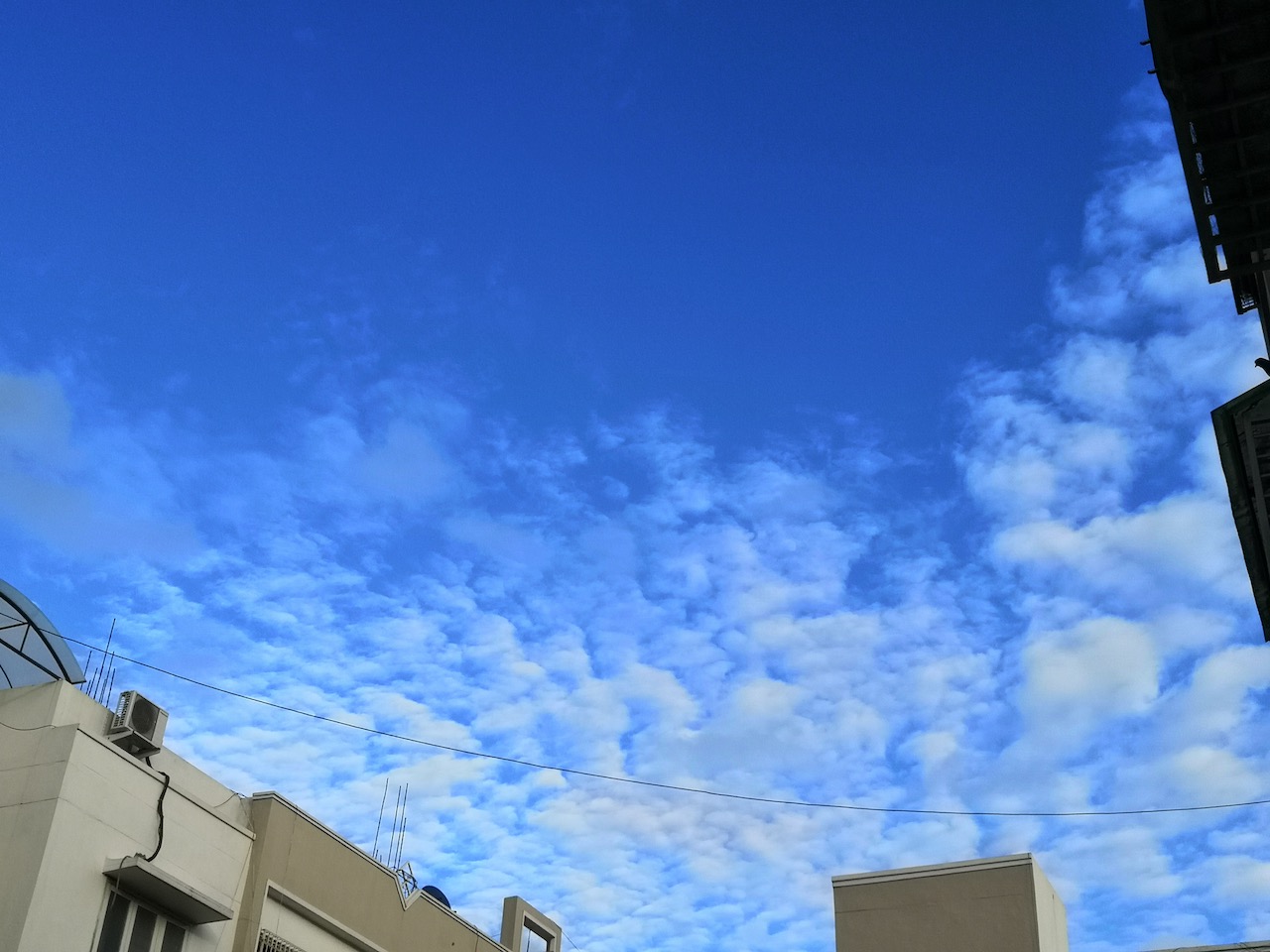 The secondary 24MP monochrome sensor also comes with the f/1.8 aperture and captures details in black and white and the secondary sensor takes more time than the primary sensor. The camera app also comes with a portrait lighting feature to add the different studio light effects to the images captured. The edge detection is surprisingly good in the portrait mode, and the users can capture at the specific bokeh level by using the aperture mode to manually finetuning the effect. The Nova 3 also has a 24MP primary sensor on the front with a 2MP depth-sensing camera for the portrait mode. The camera app shows an option for HDR Pro in the selfie mode which prevents the bright backgrounds from looking overexposed, and the feature works pretty well. The front camera can shoot videos in 1080p and at 60FPS. The rear camera can shoot in up to 4K resolution at 30FPS, in the 4K resolution capture mode, the stabilization is turned off and can only be accessed at resolutions up to 1080p FullHD. Reports suggest that the company is working on a better stabilization and is expected to implement the same in a short time as a software update. The video quality is pretty good in acceptable light conditions and turns down when in low light situations. The camera also supports the ultra-slow motion at 480FPS for a limited duration of time.

The AR Lens feature is very similar to the AR Emoji on the Samsung smartphones and allows you to modify the background or put different effects on the face.

Battery – that lasts a day

The Honor Nova 3 came with a 3,750mAh battery and held up very well in our usage. We kept gaming on the smartphone with moderate use of apps including chatting apps, music and video streaming apps, productivity apps and browsing apps with the battery lasting about a day on a single charge. Consuming games and recording in 4K took a massive hit on the battery but should still be fine to get you through the day.

While the Nova 3 does support fast charging, the standard is relatively slower and outdated, the battery takes about half an hour to charge the smartphone from zero to half the battery capacity. Huawei also allows you to change the screen resolution from FullHD+ to HD+ to save the battery as there would be a lesser number of pixels to process.

EMUI is one of the better skins when compared to what is being offered by the other manufacturer, the software is now at 8.2 version and is based on the Android 8.1 operating system. The interface and overall experience are very streamlined and fluid smooth. The customization options allow for tweaking the navigation pane, app layout, and other aesthetics via the theme app. The Huawei Nova 3 comes with several pre-installed apps including True caller, Camera 360 and also a visual search based on Amazon Assistant.

We tested out the face recognition feature and liked it a lot, the initial setup is very similar to what we saw on the iPhone X. The accuracy and the speed are very impressive and the infrared sensor near the earpiece helps the front camera to capture the face data in low light.

Huawei has been on a launching spree and the Nova 3 is indeed an interesting option. The competition is stiff in the price segment that the Nova 3 targets with veterans like the OnePlus 6 and newcomers like the Asus ZenFone 5Z making a considerable impact. The Huawei Nova 3 also needs to compete with their sibling rival Honor 10 and Honor View 10; the recently launched Honor Play also brings in the same processor for a much lower price.