OPPO keeps launching phones with its primary focus on the cameras. The brand has recently launched a new phone in the A-Series called the OPPO A7 and focuses mainly on the battery and the camera performance. The company claims that the A series has been the bestselling series for the brand in India and hopes to continue the same with their latest model. The OPPO A7 is the successor to the OPPO A5 and comes with a much sportier and smaller water drop style notch and updated software. This new model from the brand faces stiff competition from their sister brand, Realme and also from other brands like Xiaomi and Nokia. The OPPO F9 is also a good competition offering more performance for just a slight increase in the price. The OPPO A7 comes with a water drop notch design that makes it look very modern, the device bears striking resemblance to the new offering from their sister brand, Realme and also looks identical to their own OPPO F9. The plastic body on the OPPO A7 comes with a matte finish and has a laminated back that makes it feel more premium when compared to the other plastic body counterparts. The laminated back looks good in certain angles but attracts scratches very easily. The OPPO A7 is a fairly big phone but is very light and comfortable to hold in the hand. The device comes with a pre-installed scratch guard but creates some level of hindrance. The placement of the button is good and they all have good feedback and depth. The SIM tray is placed to the left of the smartphone and can accommodate two Nano SIM cards along with a microSD card. The display on the OPPO A7 measures 6.2-inches diagonally and has decent brightness and color reproduction. However, the resolution on the device is only HD+ which is very disappointing given the screen size. The sharpness is very much lost due to the low resolution and we expected better at the price point. The device comes with a water drop notch on the top for the front camera and this helps to increase the screen real estate by a lot. The bezels to the side of the display are pretty thin but the bottom chin is fairly significant. The 3.5mm jack and the MicroUSB port are both placed to the bottom of the smartphone. 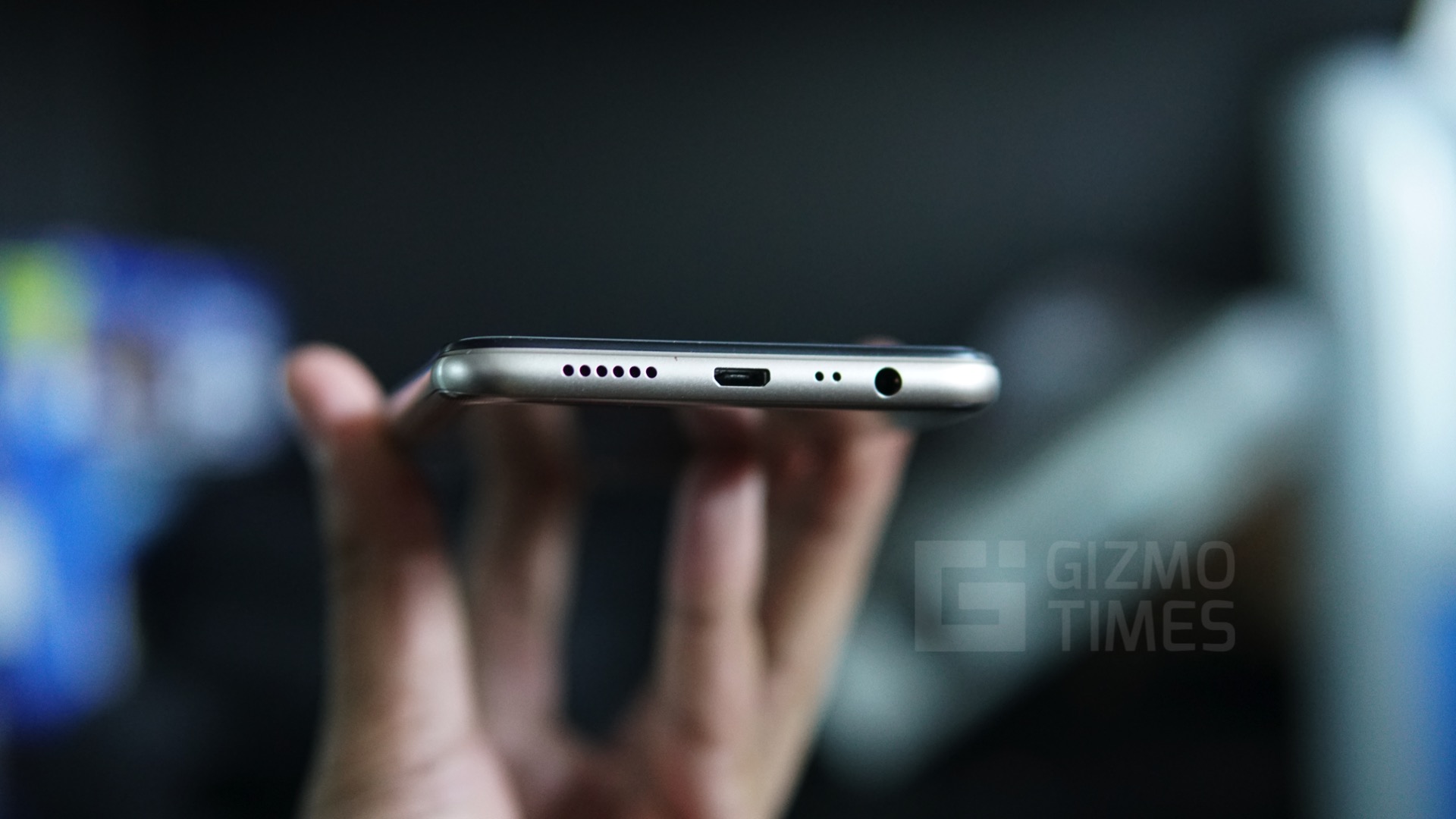 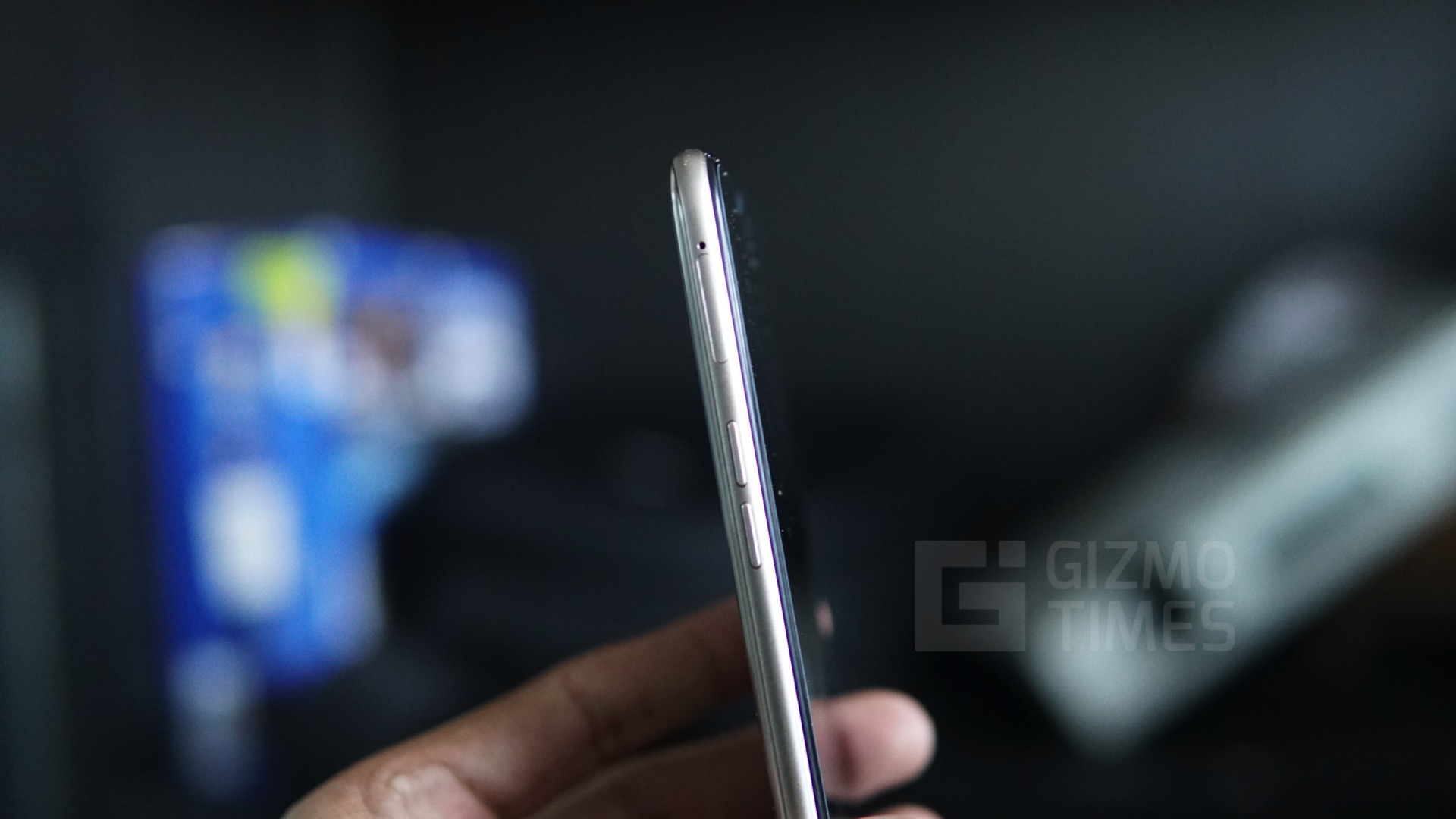 The OPPO A7 is powered by the Qualcomm Snapdragon 450 chipset, this was a major let down like every other smartphone in the price segment comes with at least the Qualcomm Snapdragon 636 chipset or the MediaTek Helio P60. The SoC being used here is not old but it is typically seen in the budget smartphones. The OPPO A5 had the same chipset at a much lower price and it is difficult to justify the price given the chipset being used. The device comes with 4GB of RAM and 64GB of internal storage. We got dismal scores while benchmarking the device, the AnTuTu result on the device was around 72,029 points while the GFXbench resulted in a very low 33fps result. The device supports dual 4G VoLTE and comes with Bluetooth 4.2 and single-band Wi-Fi. The device comes with the basic sensors including the accelerometer, gyroscope, and compass.

The software on the OPPO A7 is based on Android 8.1, the ColorOS 5.2 comes with their own custom skin and is the same that we’ve seen before on Realme smartphones. Several improvements have been made to the software for a better overall experience. The device also comes with features like ORoaming which allows you to subscribe to data packs when you are traveling abroad. There is also a very useful application called the Smart Scan that allows you to scan documents and convert them to an editable form allowing you to translate or make changes. The main downside of an OPPO smartphone is the number of irrelevant applications that come pre-installed with it. The default browser is perhaps the most annoying and we had a similar experience while using the Realme smartphones.

Most regular usage applications run well on the smartphone, however, even with 4GB of RAM, we didn’t have a consistent experience. There was noticeable lag when switching between certain applications and even simpler tasks took longer than usual to respond. The device runs fine when used for browsing and watching videos. Even basic games run pretty well on the smartphone, however, when games like PUBG only run in the utmost lowest settings. The device comes with a decent speaker and while it does get loud, there is a lack of detail for music or movies.

The OPPO A7 comes with a 4,230mAh battery which is the same as its predecessor, the battery life on the device was more than we could ask for. We got about two days of regular usage including browsing, light gaming, watching videos and messaging on WhatsApp. The device comes with so dedicated fast charging and uses a standard 10W adapter for charging.

The OPPO A7 comes with a 13MP sensor on the rear with an aperture of f/2.2, there is also a secondary 2MP sensor on the back with an f/2.4 aperture for depth sensing. While we were trying to shoot a few scenes we noticed that the autofocus on the rear camera is awfully slow in certain conditions. There is no phase detection autofocus and this might be the major reason for the slowness. Under good light and steady conditions, the OPPO A7 did a decent job of capturing. There is also an automatic HDR that kicks in as the camera deems necessary. The output images were average in most cases, macro shots looked pretty good with well-saturated colors. While the portrait mode did a fair job most of the time in detecting the edges correctly, the final effect on the images looked very artificial.

The OPPO A7 struggles in low light, we tried it against other smartphones of similar pricing and the OPPO A7 was a major disappointment in low light. The device struggles to focus and loses clarity, the smaller aperture constraints the amount of light that can enter the sensor. There was a significant wait time before we could capture an image, in some cases we even found the images to have a soft touch effect due to lack of proper focus. The details were very low in low light capturing conditions and the colors were mostly washed out.

The front camera on the OPPO A7 is a 16MP sensor and captures pretty good shots in good daylight. We found it to perform very well in good lighting conditions. The images were sharp and the colors were vivid, the contrast and brightness levels were also well handled by the front camera in most situations. However, in the low light situations, the camera performs about average and doesn’t really impress us. There is an AI beautification mode which is very aggressive in smoothening.

The video recording on the OPPO A7 is limited at 1080p and the quality is pretty decent. However, there is no form of stabilization and the videos recorded end up very shaky similar to what we saw on the Nokia 7.1 Plus. The camera also offers other options for Panorama and Time-lapse. The OPPO A7 is a very average phone and has no specialty that would draw a user towards it. The SoC on the device is very weak, despite a good amount of RAM, the software experience is dismal. The cameras do a very average job and fail to impress us with the results. The battery is the only part of the OPPO A7 that we were fairly impressed with. There are several other options in the price segment and we feel that the brand has priced the smartphone over the market value. The OPPO A7 would have been a great buy around the Rs 10,000 price segment where the other devices offer very similar value, but at the price the company is asking for, the OPPO A7 feels very out of place.