Every smartphone these days comes with a flash supporting the camera on the rear. You can also use this LED Flash as a Flashlight when you need to find something in the darkness. Let’s face it that smartphones have rendered our other devices pretty useless, even a physical flashlight in this regard. Although almost all the smartphones come with an inbuilt mode for turning on the Torch or the Flashlight, but let us look at a few apps for Android that can help you make use your phone’s flash as a flashlight. The Crazy Flashlight LED Brightest app is an interesting flashlight app for Android users as it not only lets you turn your flashlight on or off but also set it for a blinking or a strobe effect. The best part about this app is that you don’t even need to touch your phone’s screen to turn the light on, you can just shake your phone and the light will turn on. In order to turn the flashlight off, another shake will do the trick. This app also lets you use your phone’s screen as a light just in case you want something like that once in awhile. 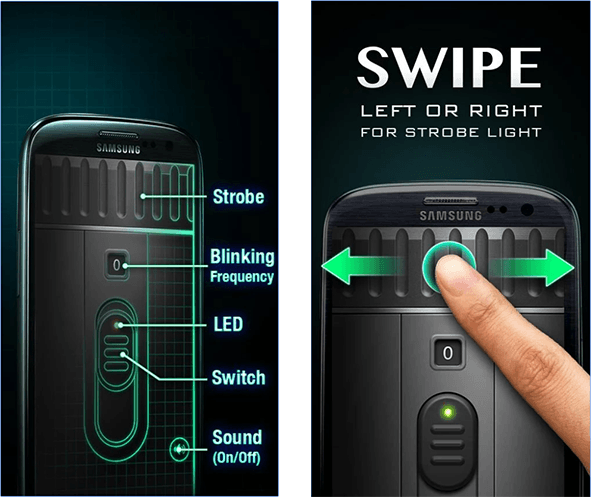 The Super Bright LED Flashlight app does pretty much all that you would want from a Flashlight app. It lets you turn your flashlight on or off, and control the strobe or blinking effect just they way you want. This app actually gives you the feel of an actual flashlight because of its user interface. Its user interface will let you turn on and off the light by tapping on a switch that looks pretty much like the one you find on a physical flashlight. Controlling the strobe frequency with this app is also easy. All you have to do is that you have to swipe left to right or in the opposite direction to increase or decrease the frequency of the strobe. This app calls itself the quickest and power efficient of all and I agree with that to some extent. It is definitely one of the quickest ways to turn your flashlight on and off. This app has its quick toggle button in the notification bar at all times, which will show you the battery percentage left on your phone and also provide you with an estimated time that is left for your battery to die. Other than that, this app also includes the usual strobe/blinking effect but also comes with Morse Code functionality for situations where you’re stuck and need some immediate help.

LED Flashlight (Get from Google Play) This app is not anything special when compared to the other apps in this list, but this is still a pretty good app. It allows you to toggle the flashlight with a single tap on the screen of your phone, supports blinking or strobe effect and also has inbuilt SOS button that will help you flash your phone’s flashlight in case of an emergency so that people who are searching for you know where to look with that SOS signal coming from your location.

FlashLight (Get from Google Play) These apps that I’ve listed in this list are all apps that you can use to control your flashlight on your smartphone. I personally don’t use an app on my phone because I hardly ever need to use a flashlight. If you ended up installing one of these apps, make sure you let me know in the comments section below which one you chose and why. 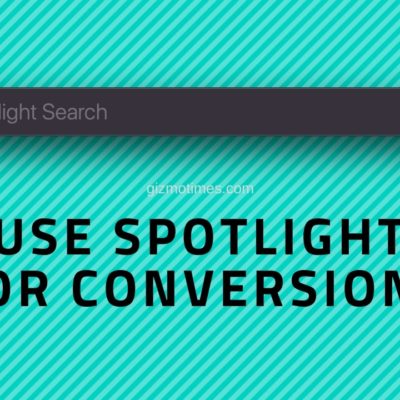