The biggest mobile event of the year, Mobile World Congress is going to happen this year from February 25th to 28th, and a couple of days before that, most of the major announcements would be taking place. The latest best trends are all going to be in focus at MWC 2019 and while our focus would majorly be on smartphones and gadgets, there will be a lot around 5G, AI, IoT, digital health, etc.

While MWC is a platform for several brands and industries to come together and discuss the future of mobility and technology, some brands choose to announce their smartphones and other gadgets at the show floor to pull in the highest number of eyeballs. For MWC 2019, here’s what you can expect to see.

The company’s presence was seen in the last year’s event as well. But this time, there is a global flagship launch going to happen. While the Xiaomi Mi9 is going to launch in China a few days before, Xiaomi has announced that the Mi9 would see its global announcement at the MWC 2019 show. Alongside that, if the company wants to surprise us, there will also be the next MIX smartphone as well.

One of the highlights of the MWC 2018 event was the bunch of smartphones that they had launched, including the Nokia 8 Sirocco and the Banana Phone, the Nokia 8110 4G. We’ve got a confirmation for this time as well that Nokia is going to make some announcements, and we might see the penta-camera setup on the next Nokia device. This will again be one of the brands that people would want to hear from.

Foldable, did you hear that? Huawei is all set to unveil a foldable device as we have a confirmation from the Chinese tech giant that they are going to announce a foldable phone. How far is this going to be from reality, and is it just a concept to be showcased? We’ll find that out at the event but let’s hope they did more than just a concept.

This is going to get interesting from LG, as there are expectations of two major phones, though one of them is coming for sure. The LG G8 and the LG V50, both of them are being awaited but we are certain that the LG G8 will show its presence at this year’s MWC. There are rumors that LG might also be coming up with the 5G powered LG V50, but that’s a rumor, so take it with a pinch of salt.

OPPO has been actively expanding its market base and the company entered the UK market this year, which makes it clear that there will be something good to showcase at the MWC show floor. Though there is no clarity on whether a smartphone is going to be shown, OPPO has said that they will showcase the 10x optical zoom technology, which should be a first, but that wouldn’t happen without a smartphone itself, so expect to see something new. There is an event to happen on 23rd February, so stay tuned for that.

Surprisingly, Samsung has chosen to keep itself out of the event floor when it comes to launching the flagship. Samsung is going to hold an event on 20th February, and that is in the U.S., where the Galaxy S10 lineup is going to be announced. So, at the Mobile World Congress show, you can expect to only see the phones showcased. But not just that, alongside the phone, you’ll also get to see the Galaxy Watch Active smartwatch, and the Galaxy Buds, the Bluetooth earbuds. The Galaxy Fit and Fit e fitness trackers as well might be launching.

Frankly, we don’t see a lot of hype around what’s Sony doing at the event, but there is an expectation that at the press conference scheduled for 25th February, the company would be coming up with the XZ4 or the A series smartphone.

While we might not see anything newly launching as the company had just a few days ago announced the entire Moto G7 lineup including Moto G7, Moto G7 Power, Moto G7 Plus, and Moto G7 Play, these phones might be showcased as these devices are not yet released in most of the markets. There are rumors flying around that the RAZR phone might show itself off once again.

There might be a lot more, with stuff around Blockchain, AI, 5G, and we will be at the Mobile World Congress event for covering them live, so stay tuned! 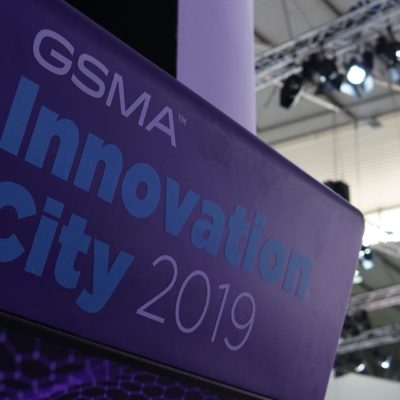