Sony Xperia M4 Aqua is a waterproof phone from the company with the IP65/67 certification and it has a 5-inch display along with a good Snapdragon 615 processor and other specs. We had a good time using the phone, so will be able to answer the most commonly asked questions about this good phone from Sony in the mid-range segment.

How is the build quality of Sony Xperia M4 Aqua?

Sony Xperia M4 Aqua has a plastic back although it looks like glass body and so this plastic back is prone to scratching and has fingerprints and marks after little usage. The build quality is still good because the curvy sides make it comfortable to hold the phone with 5 inch size.

What is the IP certification of Sony Xperia M4 Aqua?

The M4 Aqua has IP 65/67 certification for water proofing and dust proofing. It can resist water entry and can be easily taken into a swimming pool as well. The Sony phones have been mostly waterproof and the Aqua series is known particularly for this feature.

Does Sony Xperia M4 Aqua have Gorilla Glass or other screen protection?

The M4 Aqua doesn’t have a Gorilla Glass protection or something similar, but this is a different kind of screen protection, named as tempered glass, and according to company it will be able to resist scratches, though might not survive falls.

NO, the Xperia M4 Aqua does not support USB OTG connectivity.

How much free RAM is there in Sony Xperia M4 Aqua on first boot?

About 1.1GB of free RAM is available to the user on the M4 Aqua while using it for the first time.

What is the processor and GPU in Sony Xperia M4 Aqua? The Xperia M4 Aqua is powered by Qualcomm Snapdragon 615 processor along with Adreno 405 GPU and 2GB of RAM.

Can we move games and apps to SD card in Sony Xperia M4 Aqua?

Yes, the apps and games can be transferred to the SD card from the internal storage in the M4 Aqua and this has a direct option under the application settings of the phone.

How is the gaming performance on Sony Xperia M4 Aqua?

The phone performs very well for the games and I played some heavy games and most of them played without any problem. The games played included Asphalt 8, NFS, Riptide GP2, Dead Trigger 2, Fifa 15 Ultimate Team, and Modern Combat 5.

Does the Sony Xperia M4 Aqua heat or has any heating issues while playing games?

Yes the phone heats up to an extent but it is not as bad it was with other smartphones that had the same chipset. The reason could be its plastic body on the back, and it is not a glass panel.

The cameras included on the phone are a 13-megapixel rear and a 5-megapixel front facing camera. There is an LED flash provided as well for the rear camera. The camera is very good at quality, and the camera app makes it a better experience of taking photos because of the modes that are included by Sony. Both the cameras are of great quality and they do perfect capturing even in low light conditions.

Around 11GB of free storage is available for the user in the Xperia M4 Aqua, because the actual internal ROM is 16GB and about 4-5GB is used by the OS and the pre-installed apps in the phone.

How much external MicroSD storage is supported by Sony Xperia M4 Aqua?

32GB of expandable storage is possible using the MicroSD card in this phone. We haven’t tested it more than this, though someone claimed that a 64GB card will also be supported.

Yes there is a secondary microphone provided in the Xperia M4 Aqua, and it does the noise cancellation very well.

What are the types of SIM supported by Sony Xperia M4 Aqua? 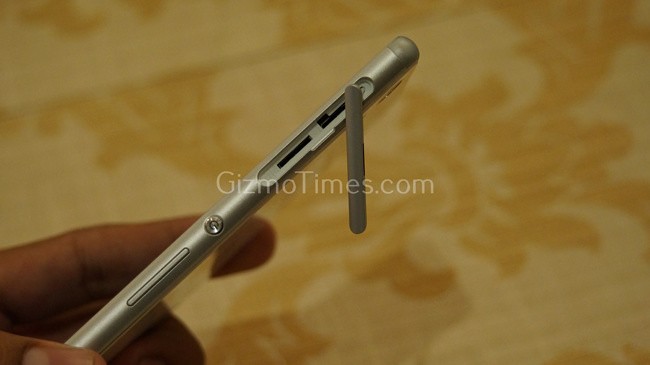 Two MicroSIM cards are supported by the Xperia M4 Aqua, and both are under the same flap that can be lifted on the right side panel of the phone.

Yu Yuphoria FAQ, Pros and Cons: All You Want to Know