IIn the Nokia event today we saw the relaunch of the legendary Nokia 8110 with 4G. This is an update device following the same design language of the previously launched Nokia 8110 and now comes with 4G VoLTE support. The device was famously called the ‘banana phone’ and came with a curved candy bar form factor with a physical slider. The device will come with 4G connectivity and will run on a modified version of  Firefox OS called the KaiOS. The device also supports Facebook and Twitter apps and you can comfortably navigate through them. The device is powered by the Qualcomm Snapdragon 205 chipset and has a 1500mAh battery along with the 3.5mm jack. The device comes in both single as well as dual-SIM variants.

The device comes with Google Assistant, Google Maps and Google Search included in the device and the phone will be available in two colors including the legendary Banana Yellow and Black colors. The device also lets you share the internet connection using the Wi-Fi hotspot feature. While it still runs the basic KaiOS that is the modified Firefox OS, features such as Anti-theft are something worth noting. The Nokia 8110 will feature the ever famous Slide to talk functionality and the update 8110 will now support VoLTE calls. The device will also support sync with Gmail and Outlook mail and support contact download to simplify your connected life. The legendary snake game found on the Nokia phones is also available on the Nokia 8110 for entertainment purpose. 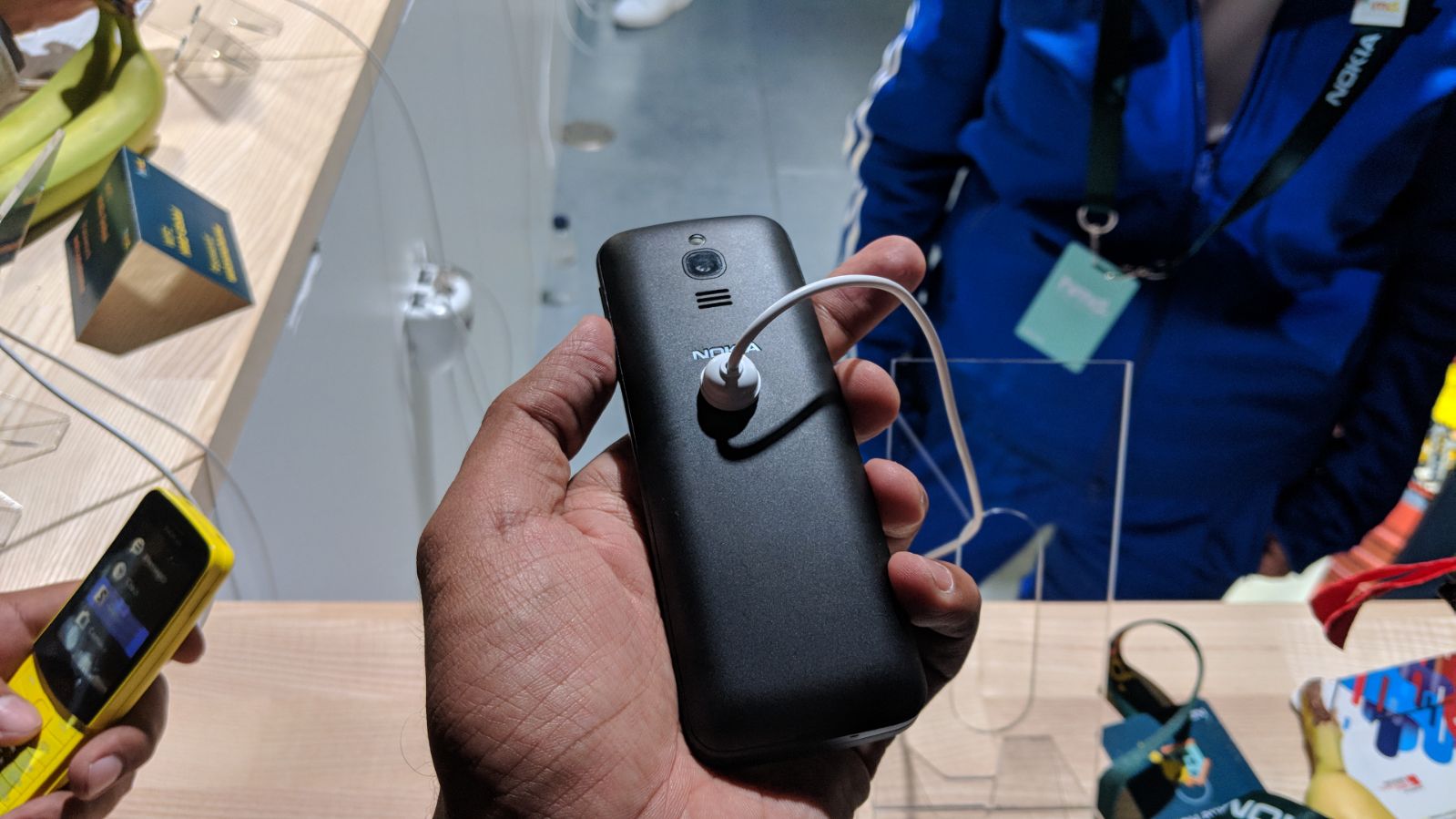 The device will be launched for a price of  €79 and the phone is going to be available from May, but the pricing details for the other markets including India is not shared yet.