Timex had earlier sent me a watch that was smart by its functionality and handsome by its looks but keeping it all good, the size was something it missed the mark with. Of course, the Timex Metropolitan+ had a year-long battery and that needed some space underneath the watch face, but now, Timex seems to have found the right way in making a

Timex had earlier sent me a watch that was smart by its functionality and handsome by its looks but keeping it all good, the size was something it missed the mark with. Of course, the Timex Metropolitan+ had a year-long battery and that needed some space underneath the watch face, but now, Timex seems to have found the right way in making a similar lasting watch that is smart and yet not so thick that would make you feel uncomfortable wearing it all day long. The Timex IQ+ Move is a smart fitness tracker, and here is what the company has to say about its major features. Okay, let’s get into the review to see how much I liked or disliked this one, when I am always away from the standard smartwatches that require a charge every day or two.

Starting with the design, the Timex IQ+ is a standard analog watch. No huss, no fuss. The watch face has the standard dials with one extra dial for what works as the indicator, and there’s also a mini indicator dial to show the percentage of goal that you’ve reached for the day. The one I’ve been wearing for about a month has a Gray Silicone Strap and a Gray Finish Case, Black Dial with Blue Accents. But there’s one more model with a Silver Tone Case, White Dial with Gold Tone Accents and Brown Leather Strap. As said earlier, I am liking this one more than the Metropolitan+ and there are several reasons for that. The silicone strap is sturdy but not hard on the wrist as it adjusts with the contour pretty well. A single push button on the side does all the normal as well as the smart functionality, and that adds to “what is good about the design” part as it doesn’t have to confuse you over about the one to press to change something. Long pressing the button for a second turns on a light that is enough to show you the time in dark conditions. Timex calls it the INDIGLO night light.

It has been as comfortable as I would have liked a watch to be, and the fact that I don’t have to keep taking it off because the battery is not a worry is just a satisfying one. Changing the strap, if you wish to, is not something you can do with ease and will require someone at the watch store to help you with it. And, since this is a general size, you can actually try and change the strap with any of them available in a store. Now, coming down to the smart part of it. No, it doesn’t show notifications or doesn’t even nudge or vibrate if you happen to have something on the phone that needs your attention. That is because of the fact that this isn’t a connected smartwatch that will keep itself active with connections. It does have Bluetooth but that is only for the syncing of the activity data or changing any settings, even the time if you wish to do that from the app.

The tricky part is setting up of the watch. Everything else after that is smooth because you just have to sync the watch once a week if you don’t intend to keep a check on the exact numbers and are happy with the approximate one shown on the watch itself. While setting up the watch with the Timex Connect App, you have to follow a few instructions and later, you can change the time, date, or seconds from the app itself while the watch is actively connected to it. The app is the same for both the watches from Timex. It shows, at a glance, the day’s activity details that include steps, distance, calories burned, and the duration of sleep. Tapping on each of the details would give you the stats for the previous days or weeks. There’s quite a lot that can be changed in the Settings as well. You can change the sub-dial to show whether to show step goal% or the distance goal%. Also, the step count sensor sensitivity can be adjusted.

The best part, if you do not wish to have the tracking on when you aren’t really into fitness, you can turn it off so that the battery doesn’t get wasted. But, I’m someone who would buy this watch only if I am into the rough fitness tracking, or there are far more affordable basic watches. It totally depends on what you are looking at. A competitor to the Samsung Gear S3? The Apple Watch? The ZenWatch 3? No, this doesn’t come close to them, but on the brighter side, that’s what makes it a unique timepiece that doesn’t want you to worry about the battery life, yet having what you would want as a fitness freak.

The Timex IQ+ Move is a smart fitness tracker rather than a smartwatch and it is good at what it does. The fitness tracking is well on track and the design gets a “well done” gesture from me, who has always liked the standard designs that don’t need to be changed based on what attire it has to be along.

For the price of Rs. 9995, it is actually much better than its predecessor, but if you are someone who relies on the wrist watches for keeping a track of the notifications you get on your smartphone, you should not look at this series that is aimed at rather the traditional lot. 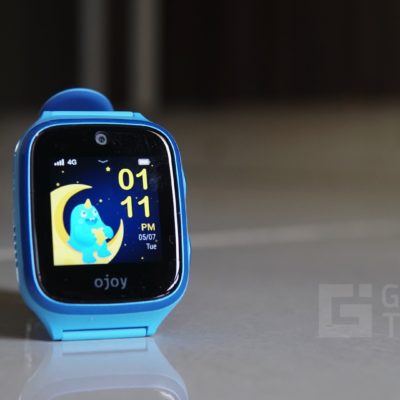