Gionee, the Chinese smartphone manufacturer has teased its upcoming smartphone, the S Plus 4G smartphone, and the details were first shown in Snapchat. The S Plus or the Elife S Plus from Gionee is going to be a phablet sized device, with a 5.5-inch HD display.

The phone is said to be coming with a price tag of Rs. 16999, and for that price, you would be seeing a USB Type C port, and that is assisted by the fast charging feature. The teaser picture gave enough details for the user to guess how good the device is packed internally. An octa-core SoC, clocking at 1.3 GHz, could point at the Mediatek MT6753 chipset along with 3GB of RAM, and 16GB internal storage, while a MicroSD card slot is provided for the storage expansion. It is Gionee’s Amigo 3.1 OS over Android 5.1.1 Lollipop, and the device is going to have Dual SIM connectivity, with both SIM cards supporting 4G LTE. It is going to be a camera combination of 13-megapixel rear and 5-megapixel front-facing camera. Interestingly, the phablet is going to have a good battery capacity, at 3150 mAh. If you feel this is still less, the Marathon series from the company is what you should look at.

For the display, it will be an AMOLED display with the 1280 x 720 pixels resolution. Some of the UI features include immersive touch, face unlock, gesture patterns for shortcuts, among the others. The Elife S Plus will be coming in three colors, with the special gold variant alongside white and black ones.

The launch date is not known yet, but that is going to happen pretty soon, since the company has started teasing the product even on their social channels.

Swipe Elite 2 launched for Rs. 4666, as the cheapest 4G smartphone 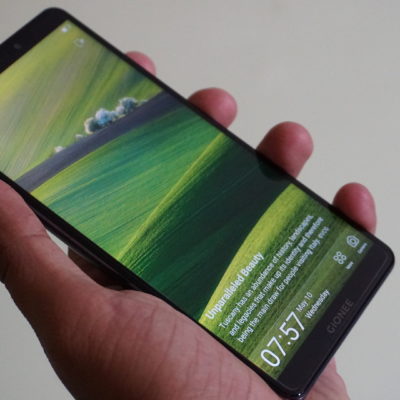