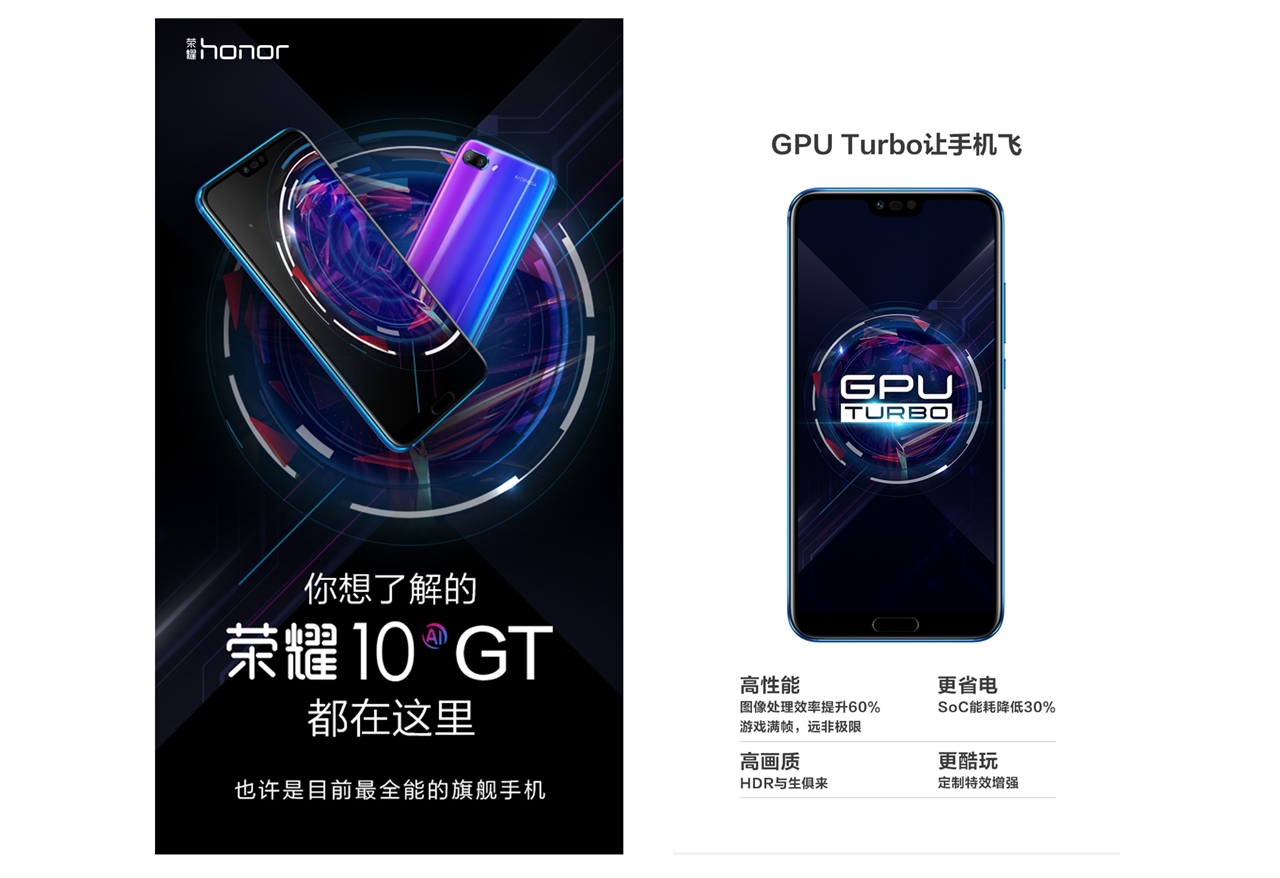 Months after the launch of their flagship smartphone, Honor, has unveiled the upgraded version of the Honor 10, today, in China. The upgraded variant is called Honor 10 GT that comes with their latest GPU Turbo technology, out of the box. The new honor 10 keeps everything essential intact with new tiny upgrades in overall performance.

The Honor 10 GT sports a similar 5.84-inch IPS LCD screen with a resolution of 2280×1080 pixels. Honor has achieved the 19:9 display through a small notch and a chin at the bottom.

Powering the device is the homegrown Huawei HiSilicon Kirin 970 chipset that uses a Mali G72 MP12 GPU. The 10 GT comes with new GPU Turbo technology out of the box that boosts the performance and processor efficiency by up to 60% while consuming 30% less power. Unlike the Honor 10, which only had 6 GB RAM, the GT now comes with 8 Gigs of RAM, while still keeping the same 128 Gigs of storage from the Honor 10. The phone runs on Android 8.1 Oreo with EMUI 8.1 on top.

As for the cameras, the Honor 10 GT uses the same 16 MP + 24 MP color plus a monochrome combination. To the front, the phone uses a 24 MP selfie shooter with a f/2.0 aperture. The phone comes with new and improved camera features including the new tripod free Night Mode, which uses the new AI Image Stabilization.

As for the battery, the Honor 10 GT uses the 3400 mAh unit with fast charging support. For security, The phone comes with an under the glass fingerprint scanner and face-unlock as well.

Pricing and Availability of Honor 10 GT

While Honor hasn’t revealed the pricing of the Honor 10 GT yet, the company did announce the phone will be sold through a flash sale on July 24 exclusively on JD.com and Honor store, in China.