After having a successful first half of 2017 with the trio of Vivo V5, V5s, and V5 Plus smartphones, Vivo India has officially launched the V7+ smartphone as a successor to the V5 Plus. The Vivo V7 Plus doesn’t come with a dual-lens camera combination for either of the cameras, but it still consists of a good 24MP front-facing shooter for selfies. It has the unibody design with the dual U-type lines on the top and bottom. The Vivo V7+ has a 5.99-inch FullView display with the screen resolution of 1440 x 720 pixels, which gives it an aspect ratio similar to that of the LG G6, LG Q6, and the Micromax Canvas Infinity. This size with lesser bezels and bigger aspect ratio of 2:1 gives the phone a screen-to-body ratio of 84.4%. There is Corning Gorilla Glass 3 protection and the display has a cover of 2.5D glass. The bezels are 2.15mm in thickness.

The smartphone is powered by the Qualcomm Snapdragon 450 octa-core processor clocking at 2.5GHz and along with that is 4GB of RAM and 64B internal storage. The Snapdragon 450 is said to have a better battery consumption, higher CPU performance, GPU performance, and Hexagon DSP with low power audio when compared to the Snapdragon 435 processor. The phone comes with FunTouch OS 3.2 that is based on Android 7.1 Nougat. As far as the cameras are concerned, the Vivo V7 Plus comes with a 16-megapixel rear camera with F/2.0 aperture, Phase detection autofocus, and on the front is a 24-megapixel camera with F/2.0 aperture. Both the cameras have a flash light support. The front camera has a 1/2.8-inch sensor and the company has included the Face Beauty 7.0 for the beauty enhancement while taking selfies. The features for the front camera include portrait bokeh, face beauty, group selfie, and the gestures for capture. The rear camera can capture 1080p videos and the same can be done by the front-facing camera.

The Face Beauty 7.0 is also present on video calls. The level of beatification and the flash can be controlled while the video call is going on. The device has Dual SIM slots with VoLTE support and there is a dedicated MicroSD card slot for the storage expansion. The sensors included are accelerometer, ambient light sensor, proximity sensor, E-compass, and Gyroscope. A 3225 mAh battery powers the device and it doesn’t have fast charging support, and for the connectivity, it has a MicroUSB port, Wi-Fi, Bluetooth 4.2, GPS, and USB OTG. As for the audio, the company has always included a Hi-Fi chip for the enhancement and the Vivo V7+ has the AK4376A chipset for the same. 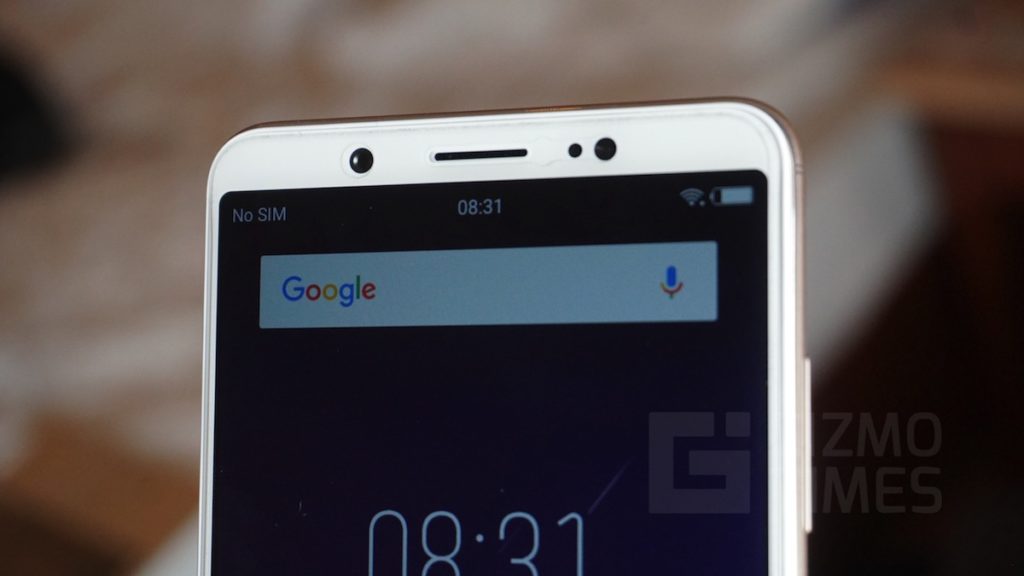 Unlike how it was rumoured, the Vivo V7+ doesn’t have a under-display fingerprint sensor and it is the standard sensor that is located on the back of the device. For the security, the V7+ also has a Face Access for the unlocking of the screen by scanning for the registered face data.

The Vivo V7+ is available on Amazon India and will also be available at the retail stores, where Vivo focuses majorly. The color options are Matte black and Champagne Gold. The device is priced at Rs. 21990.