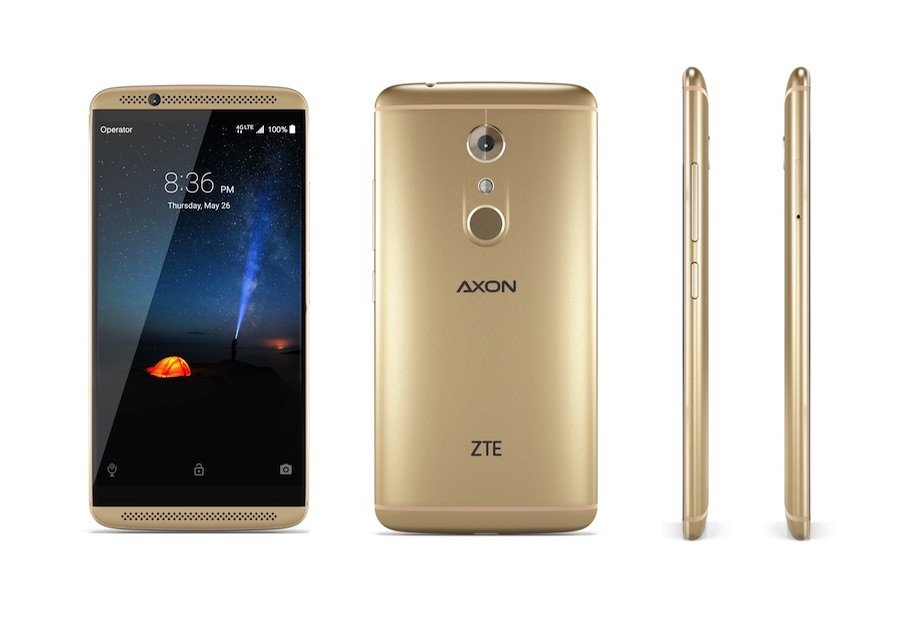 ZTE has today announced its latest flagship in the Axon series, the ZTE Axon 7, which seems to be a power packed device for the price it is being launched at. Design wise, the Axon 7 still retains the design of the Axon phone but almost everything is now upgraded with the new device when compared to its predecessor.

To begin with the screen, it is a 5.5-inch Quad HD display on the front. It is an AMOLED panel with curved edges and the display gets a Corning Gorilla Glass 4 protection as well. Under the hood, the ZTE Axon 7 comes powered by Qualcomm Snapdragon 820 processor, two variants having 4GB RAM / 64GB internal storage and 6GB RAM / 128GB internal storage. If the storage is not enough, both the variants have a MicroSD card slot for expansion.

The Axon 7 has a 20-megapixel camera on the back with F/1.8 aperture, Optical image stabilization, 4K video recording, and on the front is an 8-megapixel camera. The phone has USB Type-C connectivity, and the 3250 mAh battery in the device supports Qualcomm Quick Charge 3.0 that is said to be charging 50% of the battery in just about 30 minutes.

The top-end spec list doesn’t end there as ZTE has worked on the audio output as well. It is a dual-speaker setup with both the drivers located on the front of the device and these speakers are said to be mimicking a surround sound effect. Additionally, if someone wants to hear the music on their headphones, ZTE has upgraded the audio chip in the Axon 7 and there is support for even HD audio output. The ZTE Axon 7 runs Android 6.0.1 Marshmallow OS and when the Android N OS version is released, the company says that the device will get the update soon after. ZTE says that the price will be $450 when it arrives in the U.S. in the coming weeks, though there is no fixed price stated, and there are some network carrier approvals pending. The variant with 6GB RAM will be priced at $630. Also, this better variant has one more noticeable feature – a pressure-sensitive screen.