Every day, every one of us gets at least a few calls that we don’t want to answer. Maybe these calls are from a few companies offering something or maybe just a friend that we’re ignoring. No matter what, but it is good to have a call blocker do the work for you and reject any calls from that person or number. Although a few Android smartphones already come with an inbuilt call blocker, but it might be a tedious task to use it. Today, let me list out the best call blocker apps that you can have for your Android Smartphone. This app lets you manually block callers by entering their information in the app. It also lets you select if you want to block all private numbers or unknown numbers from your caller list. This app also blocks unwanted SMS from the senders who you want to block it from. Whitelist saving method is also present in the app which lets you enter the numbers that you never want to block, no matter what. It can also schedule call and SMS blocks from certain periods of time if you don’t want to be disturbed in a time frame.

Truecaller app in India needs no introduction. It is an application that will let you know the name of the caller on your phone if you don’t have the contact number saved. This is useful when you get calls from a lot of unknown numbers and you want to be sure who the caller is before disconnecting the call. This app also has an inbuilt call blocking feature that will block all Spam calls when enabled. It categorises the caller as spam if a lot of people have reported that number as spam. Also, you can manually block numbers by going into the app and choosing to block a particular contact or number. Call Blocker Free – Blacklist is an interesting app that not only lets you define a blacklist, but also a whitelist for callers that you want calls from and then in the app you can set the blocking mode based on your preference. You can allow calls from only the whitelist callers or from callers in your whitelist and contacts only. It lets you decide which way you want to have your calls delivered to you. It also lets you find the One-Ring Phone Scams and block those calls without even notifying you. 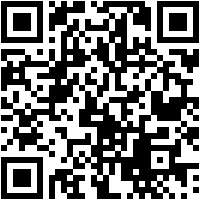 The Call Control – Call Blocker is a crowd-sourced app for blocking unwanted and fraudulent calls. It lets you block calls that have been specifically categorised as unwanted or spam, just like Truecaller does. This app also lets you decide if you want to block any specific caller or not by entering their number in the app. It will make sure that future calls from that number are always blocked and you’re never disturbed with calls from that number. This app also features a Reverse Phone Lookup which means that you can search for a phone number and it will try to tell you who does it belong to. For this, it also uses the crowdsourced contact names and numbers. 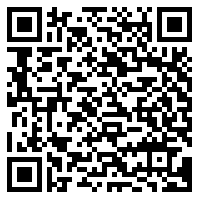 Avast Mobile Security is one of the best-known security apps for your Android smartphone. Avast is my favorite Antivirus to use on a Windows computer, but even on mobile, they are good. Now, this app not only protects your phone from attacks and stuff but also lets you block calls and text messages from specific callers that you want. This application will not only help you block calls but also do a lot more like locking your apps with a passcode so only you can access them and stuff. You should definitely check this app out.

I hope you find at least one of these apps suitable for your need. Do let me know in the comments below which one you chose and why. Also, make sure you share this article with your friends and family so they can also benefit by blocking unwanted calls at any point of time.

Aneesh Bhatnagar is a Website Developer, who enjoys Tech as much as anyone can. He calls himself an Android Geek and a Microsoft Windows Lover. Apart from developing websites, he likes to read and write about technology as much as he can.

How to Save Battery on Android Phone while playing Pokémon Go

Reliance Jio 4G SIM Available for Redmi Note 3 users, Here's how to get it