Realme U1 vs Realme 2 Pro Comparison – How do these phones differ? The Realme 2 Pro was launched a few months ago at a slightly higher price point but offers several updated specifications and a better overall smartphone experience. In this article, we compare and contrast the major differentiating factors between the recently launched Realme U1 and the Realme 2 Pro. 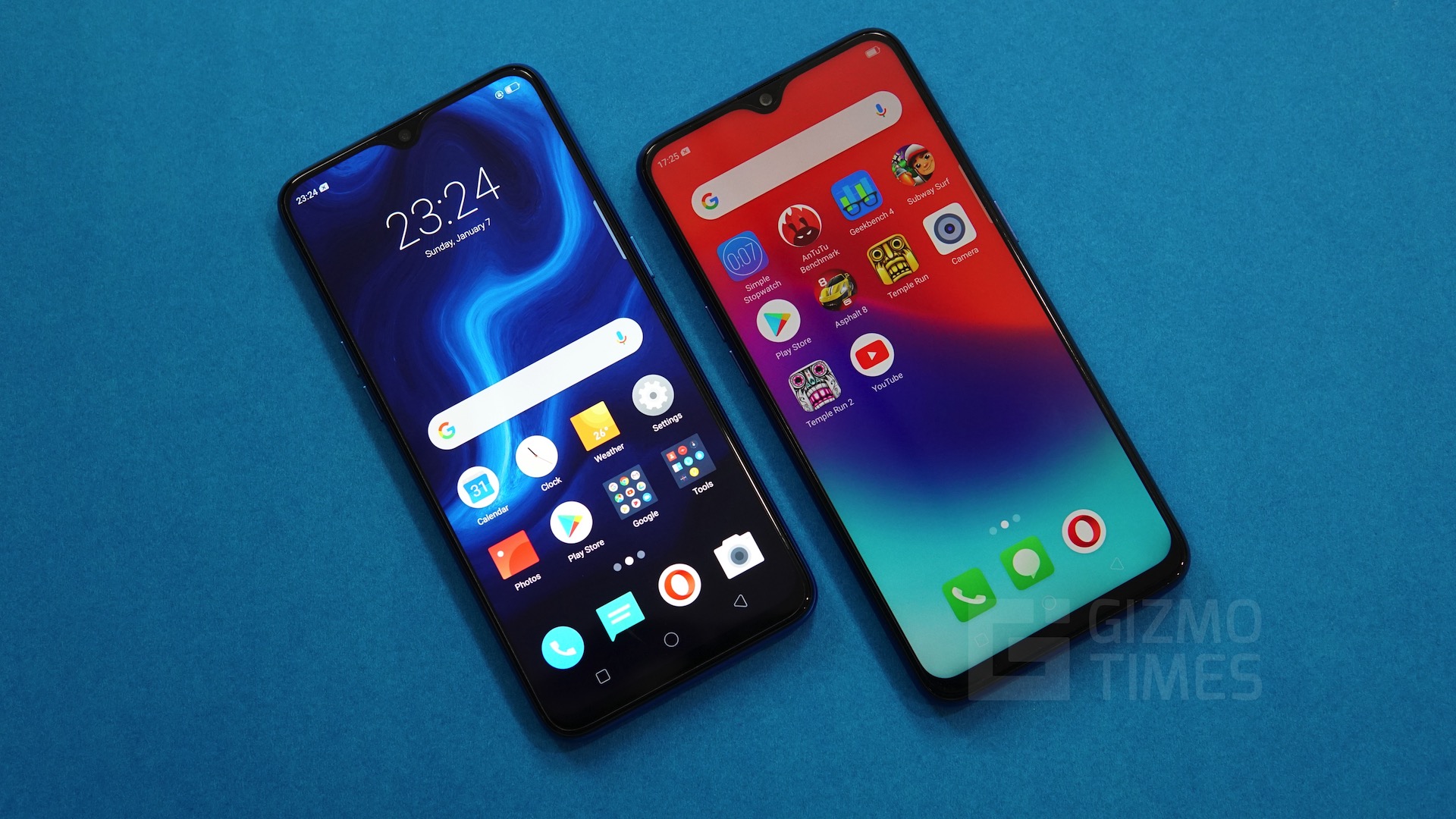 Both the devices offer a very bold design and it is difficult to set one of them apart from the other. Both, the Realme U1 and the Realme 2 Pro come with a water-drop display on the front with a minuscule notch on the top to accommodate just the selfie camera. While the solid back panel, the Realme U1 uses a uniquely crafted Dual 2.5D based on a 13 layer lamination giving it a distinctive look. Both the smartphones bear several similarities in terms of look and are almost indistinguishable from the front of the device. Almost everything in the two smartphones are identical including the positioning of the rear cameras and the fingerprint sensor. The display is yet another segment where both the devices bear striking similarities, both, the Realme U1 and the Realme 2 Pro come with a 6.3-inch display with a FullHD+ resolution. Both the panels look identical and have a 19.5:9 aspect ratio that maximizes the display area, the water-drop notch on both the display panels help further increase the display to screen ratio on the device. It is also expected that both the devices are using the very same display panel bearing the similarity observed. Both the smartphones here come with a 1080 x 2340 pixels resolution panel that brings the pixel density to about 409 PPI.

The camera is a complicated component to judge and rate on any device, the Realme U1 has a 13MP rear primary camera with a 2MP additional sensor for depth sensing on the rear, the primary camera is powered by the AI engine using the P70 AI enabled chipset for scene recognition and other optimizations, the Realme 2 Pro, on the other hand, has more capable 16MP primary sensor with an f/1.7 aperture combined with a 2MP depth-sensing camera on the rear. Both the devices in context here come with a 3,500mAh battery based on Lithium-ion technology, the Realme U1 also has an AI power master utility to further enhance the battery life on the device. Both, the Realme U1 and the Realme 2 Pro offer very similar battery lives as they have the same capacity battery and equally optimized chipsets. 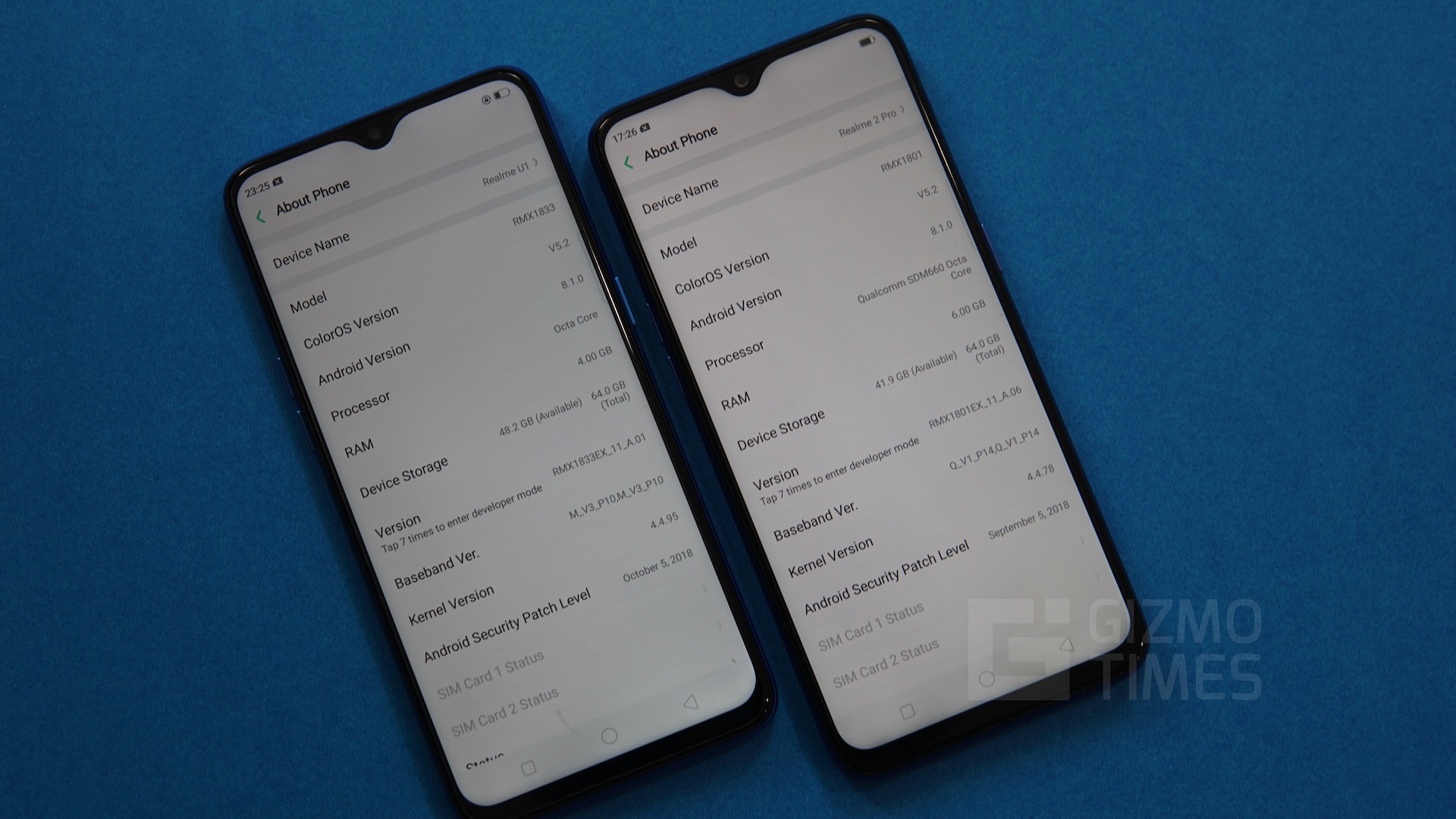 Honor 8X vs. Xiaomi Redmi Note 6 Pro Comparison - Which is a better phone?

Honor 8X vs. Xiaomi Redmi Note 6 Pro Comparison - Which is a better phone?