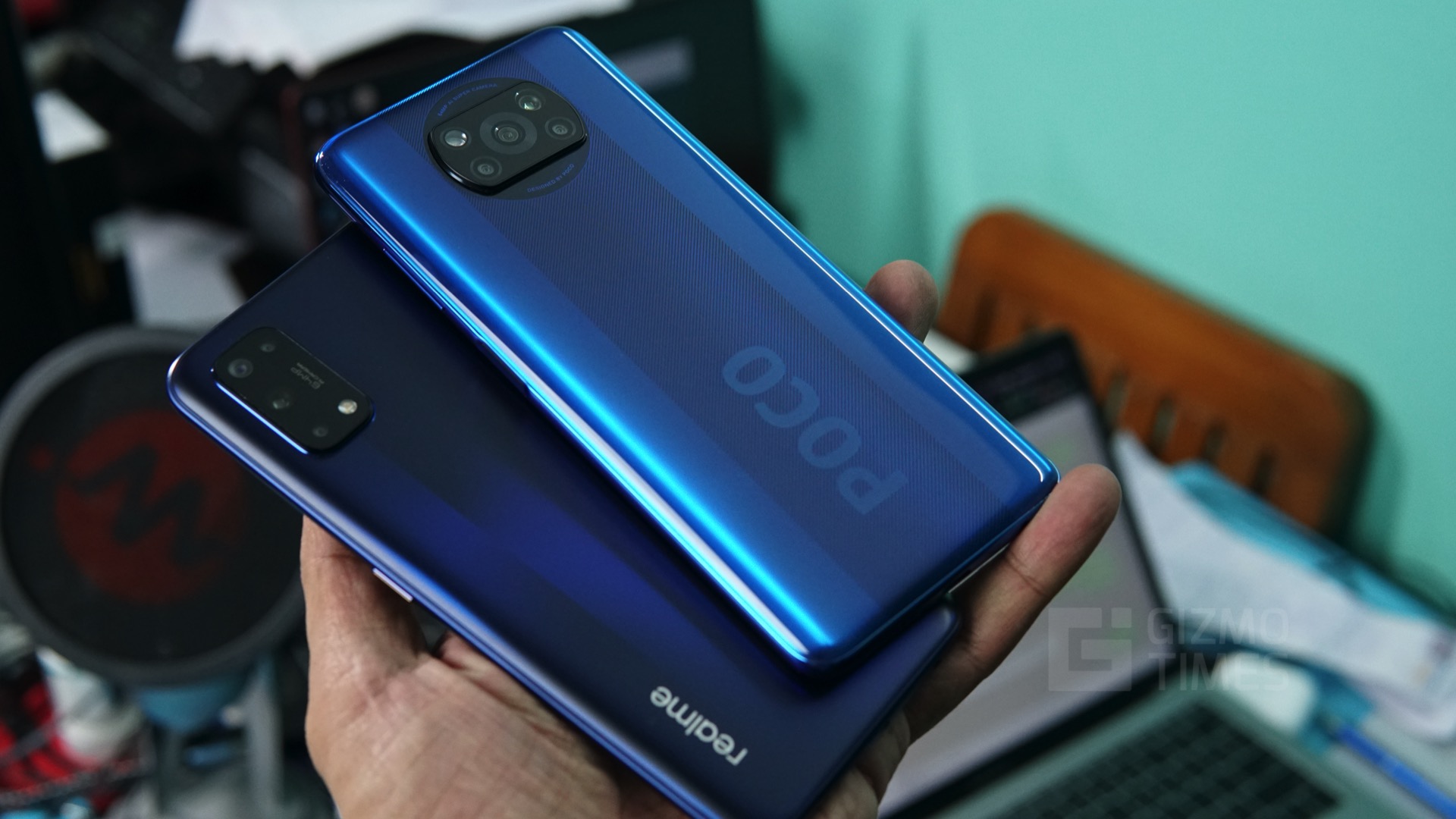 The POCO X3 has a polycarbonate back panel with multiple layers of textures under it providing a color hue effect. It has an aluminum frame that runs throughout the sides of the phone. The back panel has a slight curve while it blends into the aluminum frame making it easier to hold in hand. The Realme 7 Pro also has a plastic back panel but has a matte finish and comes with a split-glass design. The device has curves towards the edges of the back panel making it easier to hold in hand. The frame of the Realme 7 Pro is made from plastic, as compared to the metallic frame on the POCO X3. The Realme 7 Pro weighs 182 grams making it lighter than its younger sibling and the POCO X3 as well since the POCO X3 weighs 215 grams. Although there’s a weight difference between the two, the overall footprint of both the devices is very similar. 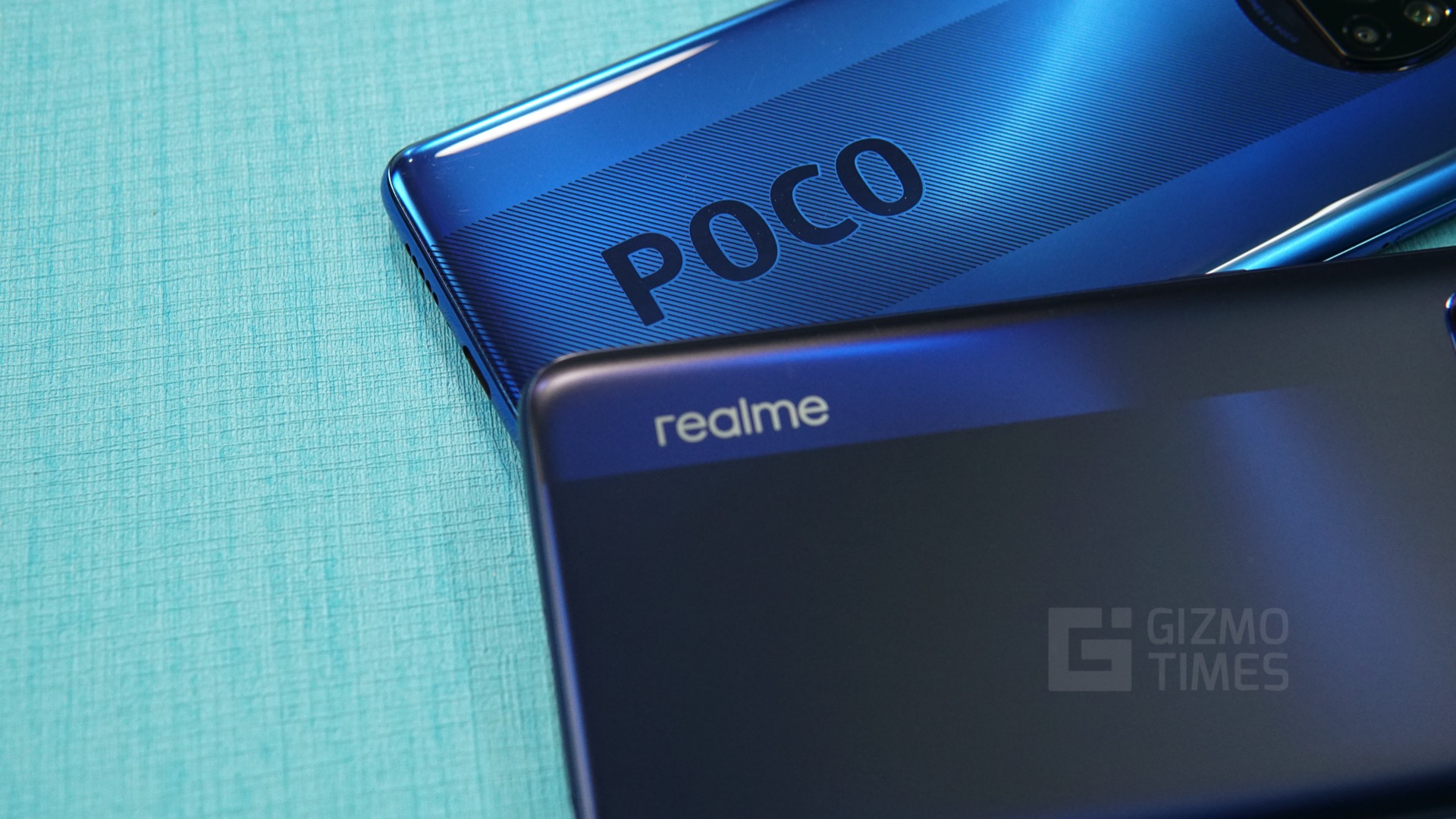 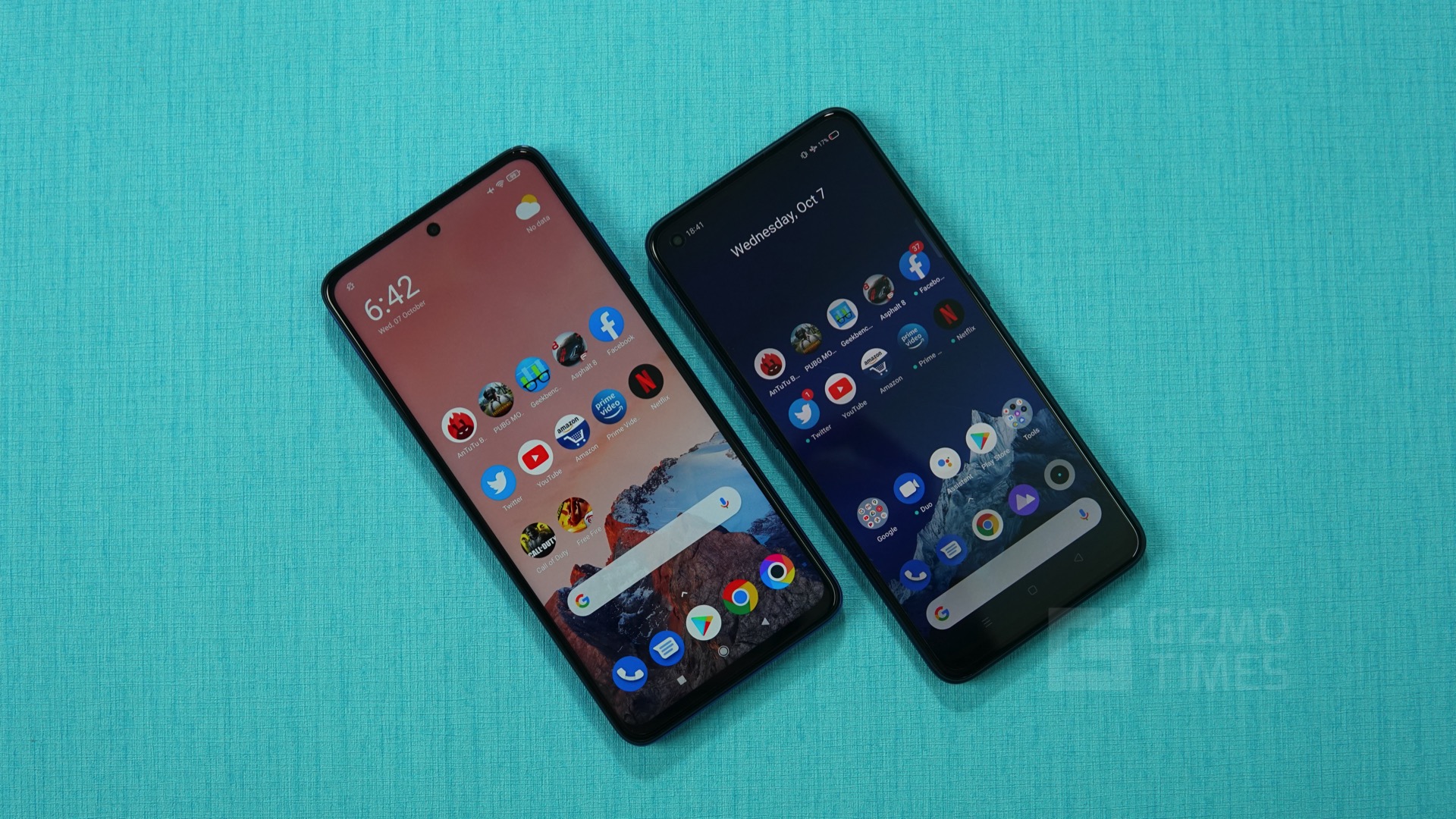 The display is protected by Gorilla Glass 3. It has a screen-to-body ratio of 90.2% same as its sibling and higher than the X3. Both the devices have hole-punch displays that house the front camera. The Realme 7 Pro surely has a trade-off in refresh rate as compared to the POCO X3 which has double the refresh rate of the Realme 7 Pro, however, the 7 Pro tries to compensate for this with its AMOLED display and vivid colors against the LCD panel on the POCO X3.

The POCO X3 runs on MIUI 11 based on Android 10 out of the box. MIUI offers a lot of customizable options like Second Space, App Locker, QR-Code WiFi sharing, Themes Support, and more. There are a few bloat apps that come pre-installed but can be easily deleted. The interface itself is fast and responsive and POCO has said that it will update the device to MIUI 12 based on Android 11 soon. The Realme 7 Pro also has a quad-camera rear setup, which is almost the same as its sibling and very similar to the POCO X3. It sports a primary 64 MP Sony IMX 682 camera with an f/1.8 lens, an 8 MP ultra-wide camera with an f/2.3 lens, a 2 MP macro f/2.4 lens with a 2 MP depth sensor of f/2.4 lens. The selfie camera is housed by the hole-punch display and is a 32MP wide shooter with an f/2.5 lens. The rear camera can shoot videos at 1080p 30fps, 1080p 60fps, and 4K 30fps. The front camera can shoot videos at 1080p 30fps. The camera app also offers features like Face Filters, Night Mode, Portrait Mode, TimeLapse, and Slow Motion videos.

The POCO X3 is powered by a 5160mAh battery that supports 33W fast charging. The company says that the device can be fully charged from 0-100% in 65 minutes. The Realme 7 Pro has a 4500mAh with support for 64W SuperDART charging. The Realme 7 Pro charges to 87% in 30 minutes and does a complete 0-100% in just 45 minutes. The Realme 7 Pro takes a huge lead over the POCO X3 in the battery department as it has a larger battery and even charges faster than the POCO X3. Both the POCO X3 and Realme 7 Pro provide respective fast chargers in the box and have a USB Type-C port for charging. The POCO X3 has stereo speakers, where the earpiece acts as the secondary speaker,. The Realme 7 Pro does the same, but better as it has support for Dolby Atmos and Hi-Res Sound. This makes the stereo sound setup on the Realme 7 Pro take goodie points over the POCO X3 on paper. Both the devices have support for NavIC – India’s Independent GPS Navigation System.

The Realme 7 Pro costs more over the POCO X3 by a margin of Rs. 3000 for the base variant. It does try to offer more with its AMOLED display, Dolby Audio, and in-display fingerprint scanner, but again comes with a tradeoff with a lower refresh rate. Both the devices are equally good and it’s hard to declare a clear winner between the two!

POCO X3 vs Realme 7 Comparison - Is it only performance that's different?