Redmi Note 8 Pro vs Realme XT Comparison – Which is a better phone? The Redmi Note 8 Pro comes with a 6.53-inches display with a resolution of 1080 x 2340, this brings the aspect ratio to 19.5:9. The front and back of the smartphone are both protected by Gorilla Glass 5 to reduce the chances of scratches and screen chipping in case of a fall. The smartphone comes with a rear-mounted fingerprint sensor. The Redmi Note 8 Pro is powered by the Mediatek Helio G90T chipset based on a 12nm manufacturing process, the chipset has 2 x 2.05GHz Cortex A76 cores and 6 x 2.9GHz Cortex A55 cores and is paired with the Mali-G76 MC4 GPU. The Redmi Note 8 Pro comes in 6GB and 8GB RAM variants with internal storage options of 64GB and 128GB which can be expanded by up to 256GB via MicroSD. The Realme XT comes with a Qualcomm Snapdragon 712 chipset based on a 10nm manufacturing process. The chipset consists of 2 x 2.3GHz Kryo 360 Gold and 6 x 1.7Ghz Kryo 360 Silver cores. The GPU on the chipset is Adreno 616 and the RAM options range from 4GB to 8GB based on the variant of choice, the internal storage options are either 64GB or 128GB which can be expanded by up to 256GB via microSD card slot. 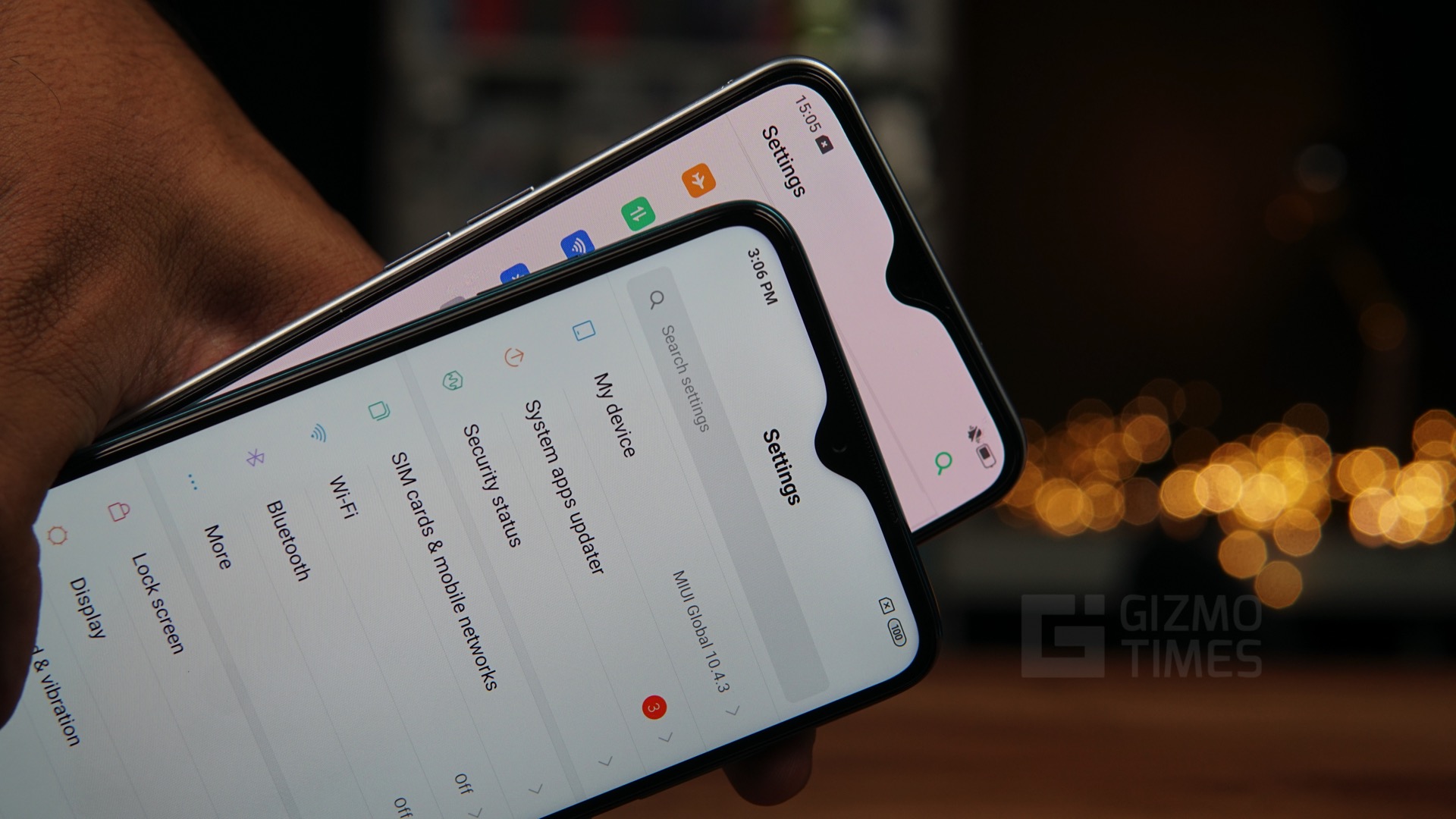 The Realme XT comes with a quad-camera setup on the rear, the primary sensor is a 64MP sensor with an f/1.8 aperture, the secondary ultra-wide lens is an f/2.3 aperture lens with a 1.12um pixel size, the dedicated macro lens and the dedicated depth sensors are both 2MP sensor with an f/2.4 aperture with a pixel size of 1.75um. The rear camera supports 2160p, 4K recording at 30FPS and FullHD recording up to 120FPS, there is also support for super-slow-motion in 720p HD up to 960FPS. The front camera has a resolution of 16MP and an f/2.0 aperture with support for 1080p FullHD recording in 30FPS.

Verdict – Which is a better phone? The Redmi Note 8 Pro is a very good smartphone with decent specifications that can get work done for most people, however, for a slight increase in the price, the Realme XT offers a better display and a better processor. The Redmi Note 8 Pro feels better in the hand and offers a more premium design and also has a significantly bigger battery.