Apple has stated that the new MacBook Pro 2016 laptops sport top-end fast SSD (Solid State Drives). The company claims that the read speed of its latest range of notebooks can reach up to 3.1 Gigabyte per second which makes it one of the fastest commercially available SSDs. Benchmarks conducted by OWCNewsFeed just confirmed that the brand new MacBooks do feature above 3 Gigabyte per second read speed. 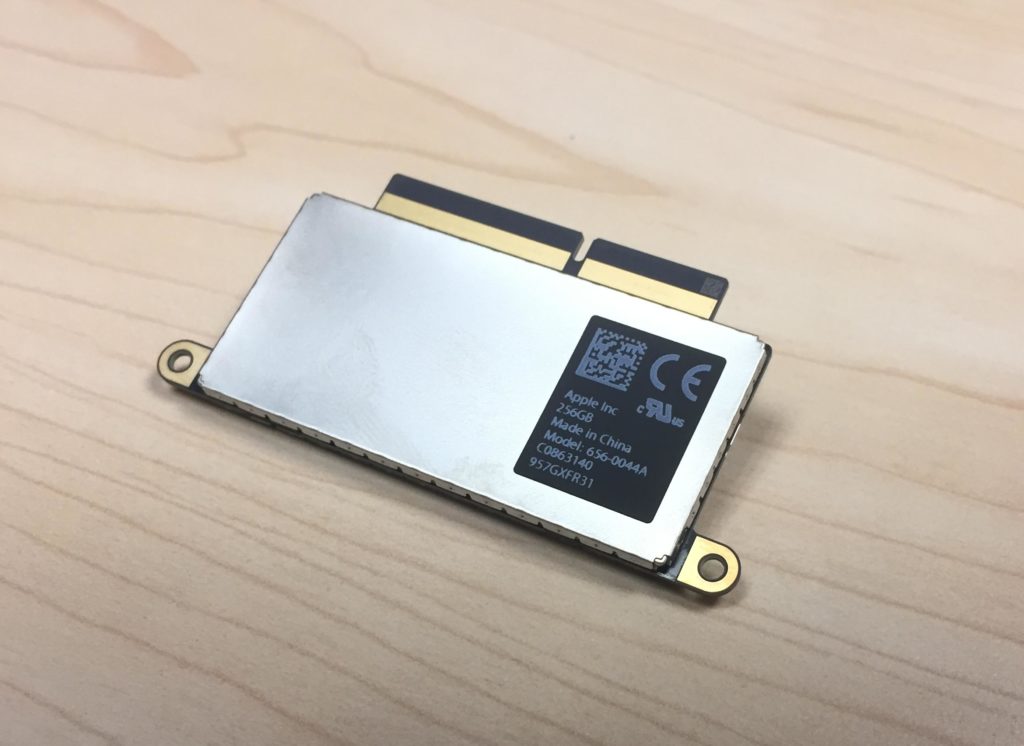 The benchmarks were run on a 13-inch base model MacBook Pro 2016 (without Touch Bar). The test model came with 6th Gen Intel Core i5 6360U Skylake CPU (2.0 GHz / 3.1 GHz Turbo Boost), 8 GB LPDDR3 1866 MHz RAM and a 256 GB SSD. OCWNewsFeed also conducted a preliminary teardown of the same model revealing a user replaceable Solid State hard drive. The SSD module is made in China and comes with a prominent Apple branding. It is connected with a PCI Express slot for optimum performance.