Honor’s motive is clear in the recent times. To offer good phones, in different price ranges and cater to the buyers in mostly every price segment. The recent launch of the Honor 9N is a prime example of that, as the phone comes with some excellent changes to the Honor 9 Lite. In fact, what makes it so good is the fact that the changes made are subtle and the pricing is perfectly set for it. There is a lot of talk around that display, which will still stay a talk point for most, as the company chose to go with the “notch” instead of the standard 18:9 aspect ratio that is present on the Honor 9 Lite.

Let’s be fair. Ridiculing, criticising and hating the fact that the smartphones come with a notch, is just going to be a phase of adjustment for the users to still settle into the fact that the brands are adopting that notch, and while it might not make sense in the future for flagship smartphones, these budget devices having a “notch” on the top of the display should be something worth embracing. I’ve been the neutral kind, assessing the notch placement with the practicality than the aesthetics. What some of the users claim is that the smartphones are all inspired by the Apple iPhone X for that notch on the top, but you are to accept the fact that we are not looking at a heavily priced phone here. It is a budget smartphone that has the notch housing everything that you wanted and there are no compromises done in that aspect. That notch area has the front-facing camera, the sensors, and the earpiece grill that is funkily offered here in a circular fashion rather than the horizontal strip that you see on the hundreds of smartphone models in the market.

Why is there a notch at all? The question should be “Why shouldn’t there be a notch?”

That 18:9 aspect ratio was already tall, changing things from 2016-17 when 16:9 seemed like a good deal, but now, with that area on the either side of the notch has most of the status bar icons, keeping the 18:9 fully present for the interface and the content that you are viewing. Frankly, this seemed to had come as a feature for the flagships, but now we are looking at the same on the Honor 9N, which doesn’t burn your pocket.

Well, compare this presence of a notch with the phones that don’t have it, and whether there is anything that the phone now lacks. The Samsung Galaxy J series phones, in fact, have finally shown the 18:9 displays but despite having a big black bezel area above the display, it still misses out on the important sensors including the one that helps in automatic setting of the brightness. The Honor 9N boasts every such small detail and while doing that, the phone has been able to manage getting that tall display, yet a very comfortable design. Go back a couple of years ago, you would find a phone with 5.5-inch screen size as big enough to hold and hard to use with a single hand. It is these little innovations and attention to the detail and ideas that have made it possible to easily use a phone with a 5.84-inch display to be used by one hand.

If the front was charming enough, the rear glass on Honor 9N adds to the charm.

It has been a while since the tagline “glass backs are for premium phones” is forgotten. But, those solid-color glass backs are a little boring now, aren’t they? Honor’s work done on the glasses has been praiseworthy and to bring that again to the glass back is exceptional. The Honor 9N has a 12 layered glass design with the 2.5D curved glass on the front too, making this look so good that you’d not have to spend a lot to own a phone that has a design which you can flaunt. 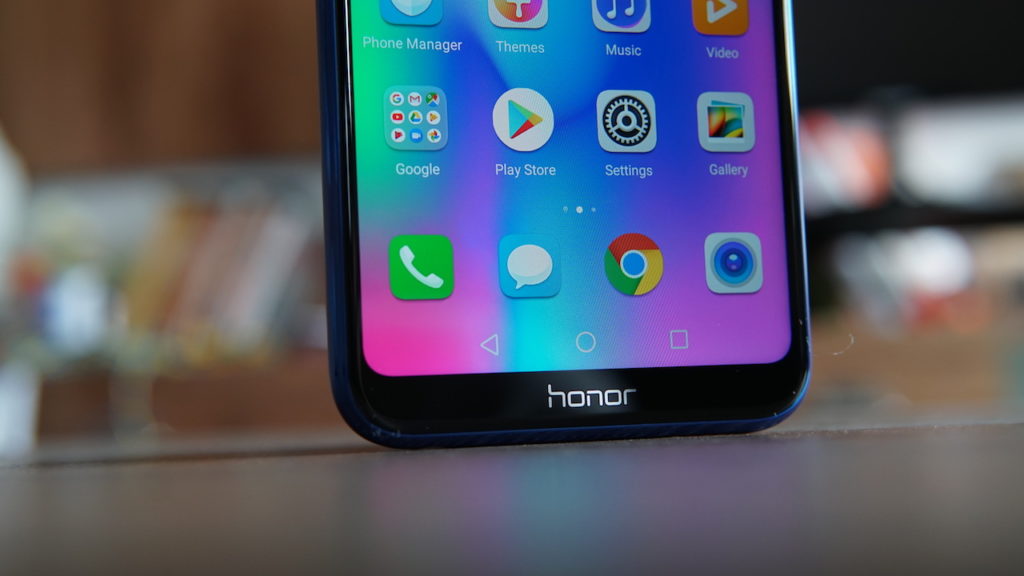 It is that notch on the top of the phone that makes it possible to keep the size of the phone smaller. It is the same notch that lets you enjoy content on wider display area, and it is the same notch that screams “premium” even though a segment of users might have a problem with the notch altogether, given the fact that it was fist seen on a non-Android smartphone. But, does that matter when you own a phone that has in itself a design that is unique and offers everything without a compromise, yet competes in that aspect with the biggest of the flagships? You decide.

Check out the Honor 9N on Flipkart.