After a month’s wait, Huawei Honor has finally launched the company’s flagship smartphone, the Honor 10, today, globally. The phone has a notched display with a thin chin at the bottom, which houses the under-the-glass fingerprint scanner. The smartphone also comes with the glass back with that Aurora back gradient design that reflects patterns when seen against the light. The phone is powered by Huawei’s homegrown flagship Octacore Hi-Silicon Kirin 970 chipset, with Mali-G72 MP12 GPU. It comes with 6 GB of RAM and two storage options, 64 GB or 128 GB of internal storage. There’s no support for expansion via microSD card slot. The phone runs on Android 8.1 Oreo with Huawei’s EMUI 8.1 on top. For the cameras, the Honor 10 uses RGB + Monochrome (B/W) combination on the back. The RGB camera uses a 16 MP primary sensor with an F/1.8 lens, which is accompanied by the 24 MP monochrome camera gives you 2x zoom option. Thanks to the NPUs used in the Kirin 970 chipset, the rear cameras come with AI scene recognition. It can accurately identify people, animals, grass, sky. There’s also an LED flash on the back. To the front, a 24-megapixel selfie camera is housed in the top-notch and comes with AI beautification and support for face unlock.

Apart from the Face unlock feature, the Honor 10 also comes with front mounted fingerprint scanner which uses Precise Biomatch software for accurate fingerprint recognition. The phone packs in a 3400 mAh battery which can be charged from 0%-50% in just 25 mins with the included 22.5 W SuperCharge adapter. 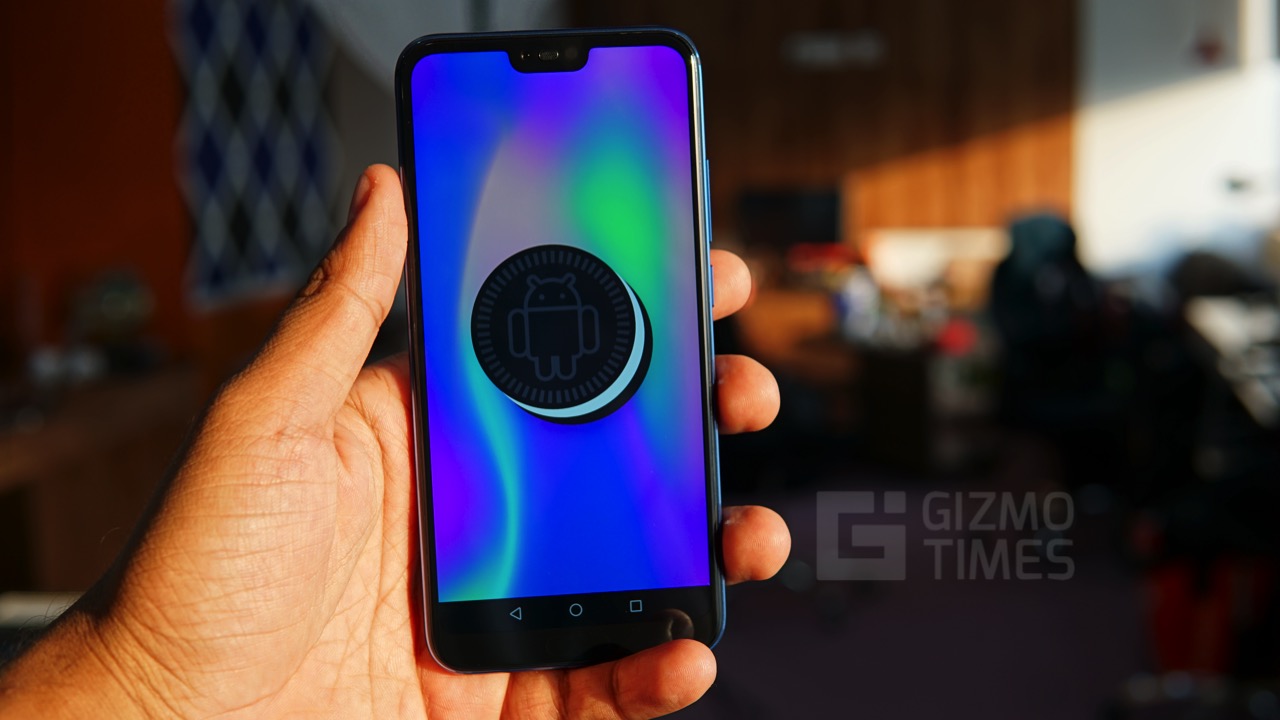 Honor 10 also has an IR blaster on the top which can be used for quick remote functionalities. It supports Dual 4G VoLTE, dual band 802.11ac Wi-Fi, Bluetooth 4.2 LE, GPS and NFC for connectivity. The phone not only retains the 3.5 mm headphone jack but also uses a AK4376A Hi-Fi DAC for 32-bit/192kHz audio playback. There’s a Type C port for charging with USB OTG support.

According to George Zhao, President of Honor, “Before 2016, most phones came in just three colours: black, white and gold. Honor introduced Phantom Blue in 2016, Phantom Grey in 2017, and now the exquisite Aurora, a true breakthrough in smartphone design. We believe the recipe of success is simple – give consumers a really good product! That’s what we work hard for everyday at honor. But we don’t just stop at making a good product. We want to co-create a new lifestyle with young people worldwide. We listen to them, we bounce ideas around with them, and we cheer for them. They are our inspiration.”

Pricing and Availability of the Honor 10

The Honor 10 will come in 4 colors – Phantom Blue, Mirage Purple, Magic Night Black and Grey Gull. The phone is priced at INR 32999 for the 6 GB RAM and 128 GB storage variant and will go on sale starting from 16th May on Flipkart exclusively.

Realme 1 vs. ASUS ZenFone Max Pro Comparison - How do they differ?

Honor India to host an event on May 22nd, launching a Honor 7-series smartphone