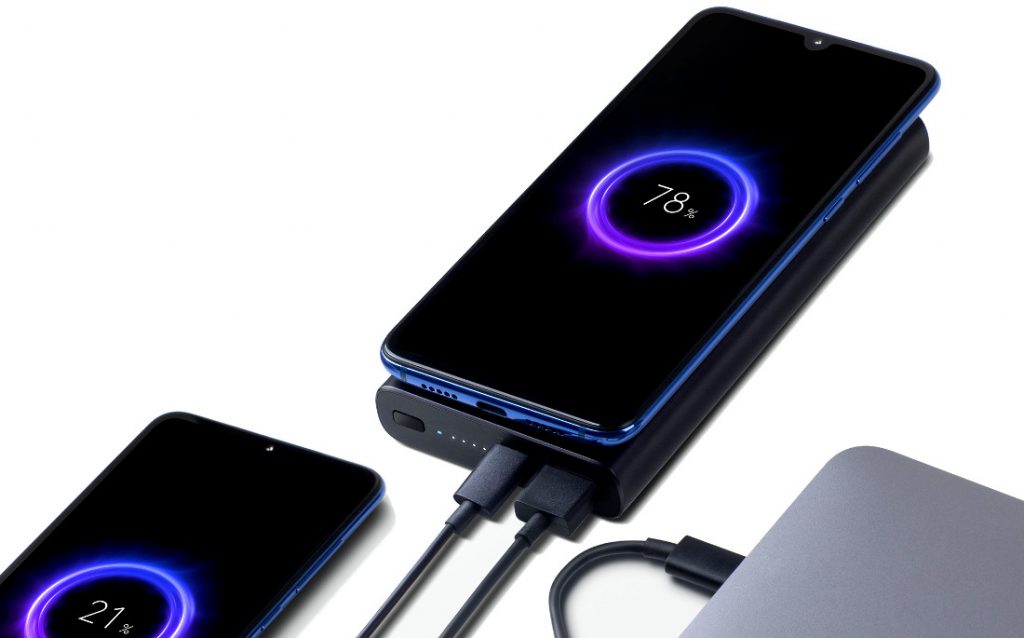 The new power bank supports 10W Qi wireless fast charging. The wired fast charging options are more widespread including USB PD, QC 3.0 and QC 2.0. There is also support for 18W USB Type-C input for charging the power bank, the support options include 5V/3A, 9V/2A, 12V/1.5A, and the power bank adjusts to the input automatically. The power output is also at a peak of 18W, the supported outputs are 5V/2.4A which is the most common and also includes support for 9V/2A and 12V/1.5A. The power bank can charge two devices using the USB ports while also charging another device wirelessly. The device takes up about 4 hours to charge using a compatible 18W adapter and takes 6 hours to charge with a regular 10W adapter.

The 20W Qi wireless car charger comes with a 2.5D glass surface and a thermal pad to control the heat generated. There is a blue ring that lights up when the phone is turned on and can be useful while driving in the night to locate the smartphone. The input is via USB Type C, it supports multiple standards including 5V/3A, 9V/2A, 12V/2A, 15V/1.8A, and 20V/1.35A. There is a built-in IR sensor that detects the phone and locks it firmly in position. The 20W fast charging allows the Mi 9 charge from 0 to 45 percent in just half an hour wirelessly and takes only 90 minutes for a full charge.