Smartwatches as a trend are picking up at a slow yet steady pace, but the market has most options available for only the users who have a smartphone to accompany with it. The kids on the other hand have access to either the digital watches, or rather nothing. In the age of pacy technology, it’s always good to catch up with it and have your close ones attached to it too. One of the brands that has tried to offer something on this line, is Ojoy.

Ojoy A1 is the company’s first smartwatch that is targeted towards the kids, with some features that help the parents keep a track of the whereabouts of their child. Though the watch is not limited to kids, it’s suited to fit their hands and the features offered are good for both, the kids and their parents. Let’s talk about the specifications first. The Ojoy A1 offers a 1.4-inch display that the company calls Retina Display and it has the 320×320 pixels resolution, and the Corning Gorilla Glass protection. It is powered by the Qualcomm Snapdragon 2100 chipset and there is 512MB of RAM and 4GB storage. The watch is protected from water ingress with the IP68 certification. A 2-megapixel camera with 84-degree wide-angle lens is what the watch has got on the top, and to power itself, the Ojoy A1 has a 800 mAh battery.

The smartwatch has the Kido OS that is friendly for the kids and very easy to understand and navigate through.

Now, to begin with the design, the watch doesn’t give us an impression of being a real smartwatch, and that rather is a problem if we look at it as something the regular professionals or even youth would want to wear and flaunt. It’s something really made for the kids, with both the looks and the build. The buttons are made of plastic, so is the frame, and that’s what makes it feel a little cheapish.

One of the good features of the Ojoy A1 is inclusion of the 2MP camera that captures both, photos and videos. There are filters and stickers in the Gallery app that makes it a good fun experience for the kids. Now, this is a feature that might not be for the kids totally. Except if they are totally into fitness. The step counter feature that helps the user check the number of steps walked, distance covered, calories burned, and the progress of it on the app as well. Like how Fitbit has a community, the app has created a competitive environment where the kids can track their progress as compared to the others and that’s a healthy competition that helps them with the fitness maintenance as well, which doesn’t really need an age.

Tracker for the parents, SIM usage

This is one of the biggest reasons for a patent to buy the Ojoy A1 for their child. The tracker is a very helpful feature for the parents who are always worried about the whereabouts of their kid and would want to keep a track of them. Smartphones in general are not allowed for students in schools in India, and that is where a smartwatch could be helpful as it doesn’t offer the culture of gaming and social media as a whole and still offers enough for the child and their parent to be connected to each other. With the Ojoy app, the parent can track their child and be assured that they are safe. That takes us to the next useful feature, i.e. messaging and calling. The inclusion of a SIM slot has taken it to a good level where you don’t have to rely on a smartphone to keep it synced and connected. A SIM card can be inserted and using that, the child can be connected to the parent and send some pre-set text messages or even voice messages of up to 60 seconds. The sending is not limited to the parents’ number, though, as other kids wearing an Ojoy watch can receive the messages as well, but that’s the only freedom given here as the watch cannot send messages or pictures to any number, as it has to be enabling communication with only the parents and trusted friends.

While these were the major important aspects worth mentioning, Ojoy A1 is still the basic watch on the front, showing the time and date information, and there are things that can be customized and are a reason why kids can easily get accustomed to using it within a short period of time. Having said that, the easiness kept aside, adult users won’t really like to have the A1 on their wrist, given the design and the strap, both being made to appeal to the lesser-aged users. Only for those, the strap changing is easy as it has the regular pins that an analog watch would have, so you can visit a nearby watch store to get the strap replaced with something that looks elegant and sturdy, in case you want to have a smartwatch with a SIM functionality, and a camera and it is not for a kid. Overall, the Ojoy A1 is a good smartwatch. It offers much more than a traditional smartwatch, especially with the inclusion of the SIM slot and also the camera, which most of the other smartwatches lack, though they offer their own set of good features. The only letdown could be the price as it won’t be a perfect fit for every buyer as the budget is going to be an issue if you are someone who manages to use a mid-range smartphone for yourself, and are looking at a smartwatch that is priced almost the same. But on the other side, considering that this smartwatch is almost a phone that can be worn by your kid and would rather help you be worry-free by tracking them and knowing they are safe and around, it should be a good long-term purchase. 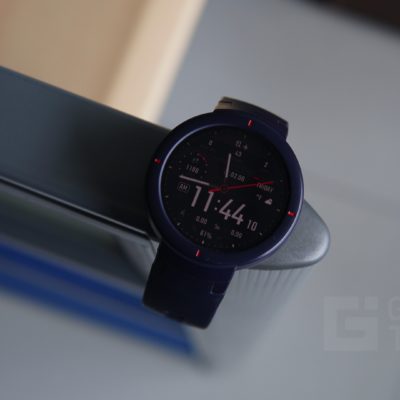