Realme is taking huge leaps in no time, and while there are some good smartphones from the company already in the market, the jump into the currently hot segment is a timely one. The Realme Buds Air is now official and there’s some hype around it, because of that price. Till this point, the Apple Airpods and its successor are still one of the best but they come with limited compatibility, right? Call it inspiration or a copy, it wouldn’t really matter when you are to pay only Rs. 3999 and get quite a lot of things in that small package, there’s not much to complain about it.

The Case – Cute, and Pocketable The Realme Buds Air comes in a light and small case, which is just about 42 grams and the dimensions are 51.3 x 45.3 x 25.3mm. Better than that is the weight of the earbud itself, each being just about 4 grams. But, with the design, it isn’t hard to confuse them with the Airpods. Also, I got the White ones to review and thus, it makes the earbuds even more common to look at.

The case has an LED indicator that lets you know about the battery status of the case itself. The charging percentage changes the color of the light from green, to yellow, to red based on a third of the battery (100-67 for green, 66 to 34 for yellow, and below 33 for red). The case also has a pressable button that helps pair the earbuds with the phone. There’s also a USB Type-C charging port in case you are living in the wired world, but for the ones who took a step ahead and have a Qi charger for your smartphone that might support it (or in my case, the wireless charging pad area in my car), the Realme Buds Air case supports wireless charging. For the case of branding, there is a “Designed by Realme” message, that too in a minimalistic way. The earbuds are very comfortable to wear and they sit in the ears with enough fit that they won’t fall off even while jogging or running. The stalks of the earbuds are flat. Even for the small size, the earbuds have sensors, touch reception areas, and microphones as well. A sensor on each earbud detects if they have been removed from the ears to automatically play/pause the music. Thankfully, unlike most others except for Apple, there is no space used on the Buds Air for the branding or logo and these are clean with only the sensors and microphone apart from the audio output area. Whatever the design, the weight, dimensions, colors, or the other factors are, one of the most important for any audio accessory is the sound quality itself. Realme is trusting the 12mm bass boosters to do all the job in offering a good audio output, and it does that to an extent. For a regular listener, the sound quality is good enough but pump up the volume to the max and you would see the loss of bass and it would be sharper audio with more treble, but it shouldn’t matter if you know the purpose of using these earbuds, and in my case, it is for some music and mostly for calls and making things hands-free. The lows and highs are elevated enough while the mids have a dip and the performance is quite consistent with most of the tracks that I tried on it.

The noise-canceling technology on the Apple AirPods Pro is worth being commended for how it works, and the Realme Buds Air won’t reach there, though Realme says that they have included something called as Environment Noise Cancellation (ENC) that takes advantage of the two microphones included to try and reduce as much background noise as possible, but frankly, it does not do it very effectively. At least when listening to the music, if you pump up the volume to the max, the levels are good enough to cancel out the noise from outside, but the ENC is for calls and there, it clears out the external noise by only an extent. Also, you can use a single earbud if you want to use it for calls, and it works great. Compare the Realme Buds Air with the Apple Airpods or with the Sennheiser Momentum True Wireless earbuds and you’d easily notice how different the audio output is, but you really wouldn’t complain if you put the pricing into perspective here. At least for the experience of using the earbuds, there are touch buttons and there are some gesture options that would respond to multiple taps, for example, double-tapping on one of the earbuds would play or pause music, or answer a call, triple tapping would skip to next track, and long-pressing would do some more things. Just like most of the other wireless earbuds, the functionality is limited for only a few things and you cannot directly control the volume on the earbuds.

When connected to the phone, you’d be able to toggle the switches for HD audio (AAC), phone calls, media audio, and contact sharing. For the battery percentage left, you’d easily get the information on your phone itself.

Realme has included a Gaming mode (a pretty common term these days, eh?) on the Buds Air, which is said to reduce the latency. Now, where this helps is when you are playing some shooting games and need the time delay in audio travel to be lesser. While some reports claim that this reduced latency also comes at a cost of audio quality, some also mention that it reduces the battery life of the earbuds. But, in my case, I’d anyway not preferred using the earbuds at all in this kind of games as even with around 120ms latency, that is not an experience you would want to have, and if as reported the quality of the audio is getting reduced, that worsens the experience. But comparing it with other wireless earbuds in the market, the Realme Buds Air has a feature that others don’t, and to activate the Gaming Mode, you can use the touch gestures (tap and hold the two earbuds together for about 3 seconds).

Google Assistant is supported directly on the earbuds, and it worked well in our case in almost every instance. Just long pressing one earbud’s touch area for two seconds launches the Assistant even if your phone is not unlocked, and the only requirement is that you shouldn’t be on an active call when trying to launch Google Assistant. 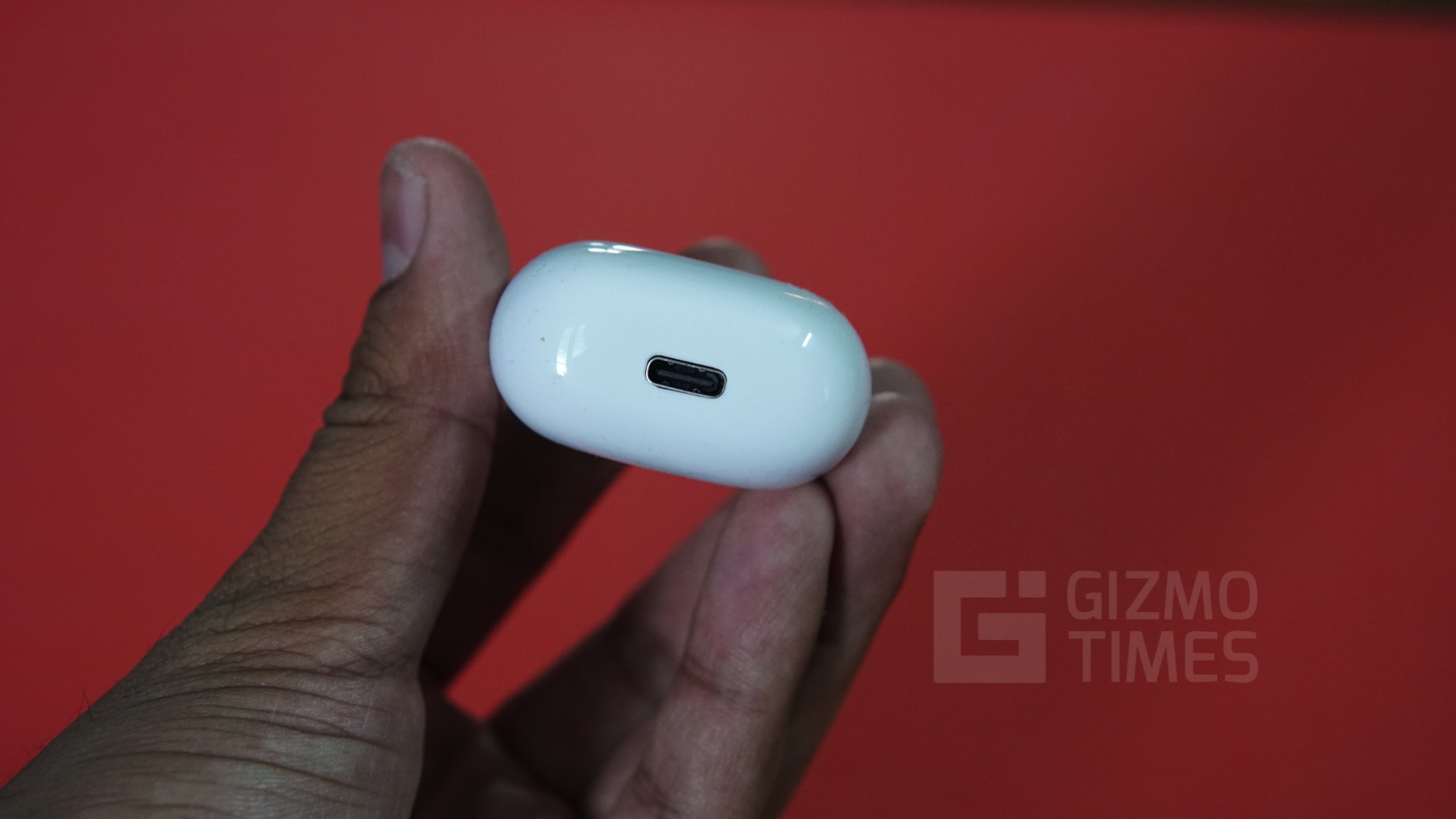 Now, let’s talk about battery life. Realme has been upfront about the battery life offered on the Buds Air, as the company says that you would be getting about 17 hours of battery life with the battery on the case included, but you’d have to listen to music at 50% volume to achieve those results. But, to be fair, if you have connected the earbuds to the smartphone, you’d be using them for even calling and the audio levels would keep changing based on the conditions around, so the battery life would be anywhere from 12 to 18 hours. The earbuds themselves have given me about three hours at ease before draining out, while the case gives the earbuds about three full additional charges. 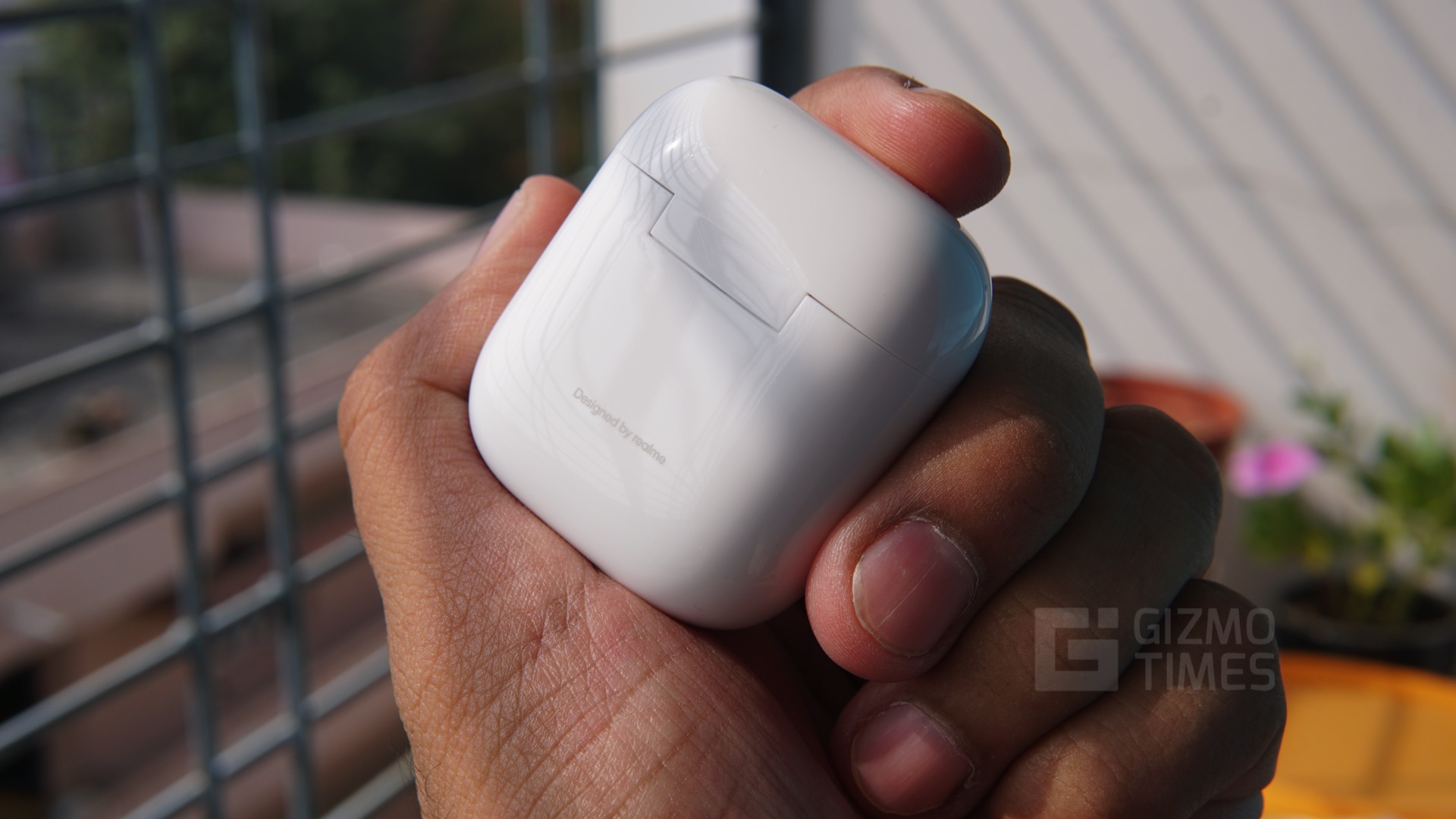 Easily one of the recommended pair of wireless earbuds, the Realme Buds Air sits ahead of the others with the features for the price they are being offered at. In a way, imitating the Airpods is the best thing to have happened to the earbuds, as you’d not have to dig a large hole in the pocket if showing off wearing these is the major purpose for you here. But otherwise, the Buds Air is still not a bad option at all and the connectivity has been great, touch controls work well, and the sound quality is not bad if not astonishing. Overall, these are pretty much recommended, given that you are looking at something that offers a decent quality of audio and is heavily loaded otherwise, with a few things that you won’t find even after paying triple the amount of money.