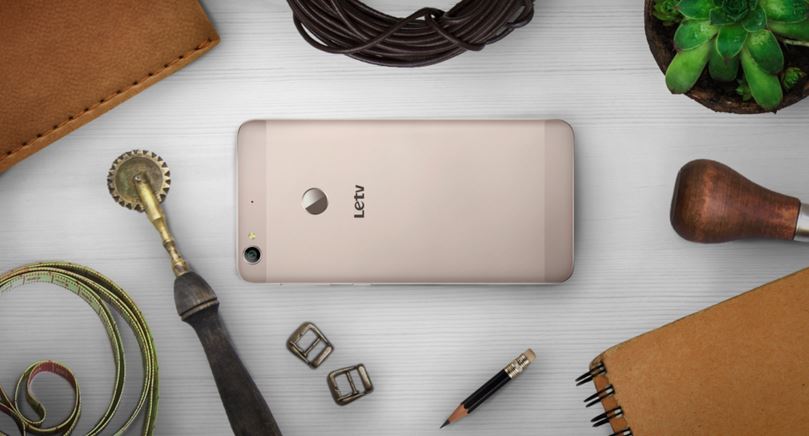 LeEco at an event in India has launched their latest smartphone the Le 1s which was launched alongside Le Max. The Le 1s is the smaller of the two devices launched today with a 5.5-inch FullHD IPS LCD display having resolution of 1920 x 1080 pixels.  Both the devices carry the same design pattern in terms of looks, with the Le Max looking more premium comparatively.

The Le 1s sports a 5.5-inch FullHD display and is powered by Octa-core MediaTek’s Helio X10 SoC which is coupled with 3GB of RAM and 32GB internal memory which is non-expandable. The device sports a 13-megapixel ISOCELL shooter as the primary shooter and a 5MP front facing camera. The Le 1s comes with mirror touch 360-degree Fingerprint Sensor made with 6H hardened glass. The device sports a fingerprint sensor placed on the back of the device in the middle. The camera module is placed on the right side top of the smartphone and the fingerprint sensor and company logo in the middle.The device runs on Android 5.1.1 Lollipop base EUI skin. It is powered by a 3000mAh battery which has fast charging and gives 3.5 hours of talk time with just 5 minutes of charge. It comes with 4G LTE support, Dual SIM options, Wi-Fi, Bluetooth 4.0 etc. The Le 1s also comes with USB Type C port similar to the Le Max.

The LeEco Le 1s is available in Gold color and will be available exclusively on Flipkart from and is priced at Rs. 10,999. With the specifications the pricing is very competitive and will give tough competition to many mid range phones like the recently launched K4 Note.