Realme has launched its Narzo 30A and the Narzo 30 Pro 5G in India as the successors of its Narzo series. The Narzo 30A focuses on the budget segment whereas the Narzo 30 Pro 5G aims at bringing 5G connectivity at more affordable prices. These devices come with Mediatek chipsets and large 6.5-inch displays. Realme has also introduced its Realme Buds Air 2 along with the two new smartphones.

The Realme Narzo 30 Pro 5G comes with a 6.5-inch LCD screen with a refresh rate of 120Hz. The device comes with the Mediatek Dimensity 800U chipset which is 5G enabled. The storage options include 64GB and 128GB based on UFS 2.1 with 6GB or 8GB of LPDDR4X RAM. It runs on Realme UI 1.0 based on Android 10, with the Realme UI 2.0 update soon to be rolled out as per the company.

As the name suggests, the Realme Narzo 30 Pro 5G comes with 5G connectivity as well as support for 4G LTE, dual-band WiFi, Bluetooth, GPS, and more. The device runs on a 5000mAh battery that supports 30W Dart Charging. Realme also includes a charger in the box based on USB Type-C. The device gets a side-mounted fingerprint scanner. 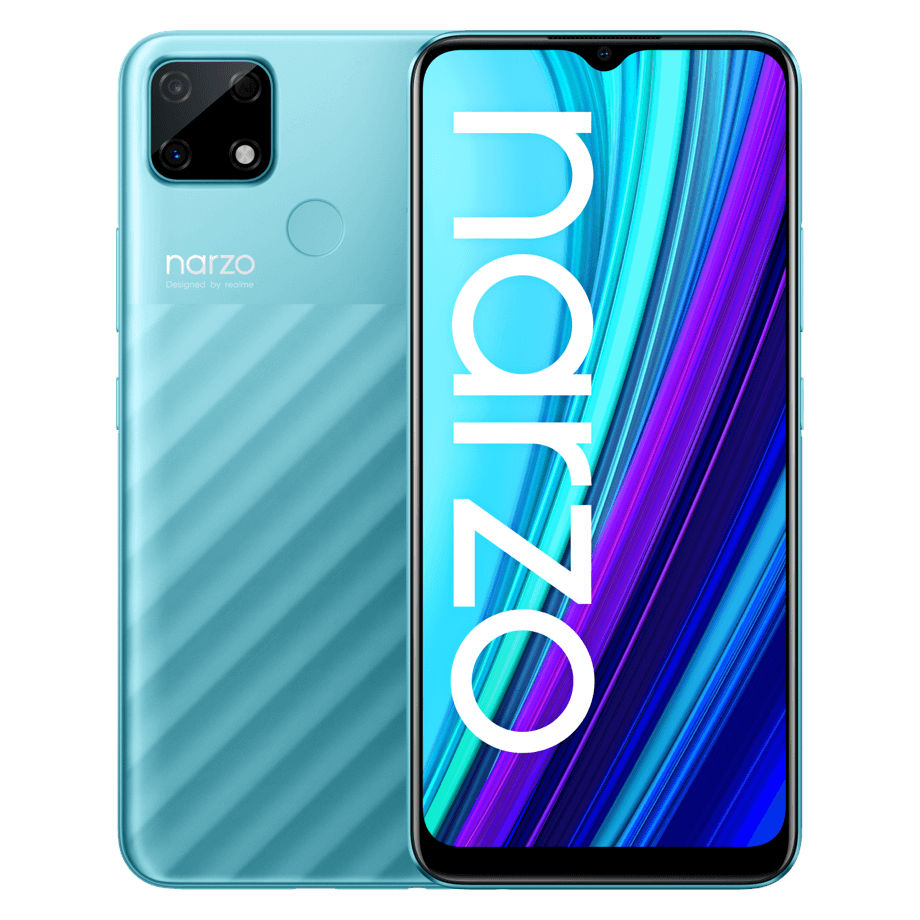 The Realme Narzo 30A gets a 6.5-inch HD+ screen with a standard refresh rate of 60Hz. The device is powered by the Mediatek Helio G85 chipset based on 12nm architecture. It is coupled with 3GB or 4GB of LPDDR4X RAM with 32GB or 64GB storage. The device runs on Realme UI 1.0 based on Android 10, with the Realme UI 2.0 update scheduled very soon.

For cameras, the Realme Narzo 30A gets a dual rear cam setup. The primary sensor is a 13MP camera with an aperture of f/2.0, and the secondary camera is a monochrome sensor with an f/2.4 lens. The selfie camera is an 8MP shooter with an f/2.0 lens.

The Realme Narzo 30A is only 4G enabled as the chipset present here supports only 4G LTE. The device runs on a 6000mAh battery that supports 18W fast charging through the USB Type-C port. It also gets a rear-mounted fingerprint scanner. Other connectivity options include dual-band WiFi, Bluetooth, GPS, and more. The Realme Buds Air 2 have an in-ear design and feature a TWS profile. Each earbud is equipped with 10mm diamond-based drivers, and these come with ANC which stands for Active Noise Cancellation, an excellent feature to have at this price. The earbuds are also water-resistant and have an official rating of IPX7. The earbuds come with replaceable silicone ear tips with two additional tips provided in the box. It comes in a charging case that extends the battery life of these earbuds from the rated 25-hour playback.

Carl Pei's Nothing announces 'teenage engineering' as its Founding Partner

Carl Pei's Nothing announces 'teenage engineering' as its Founding Partner