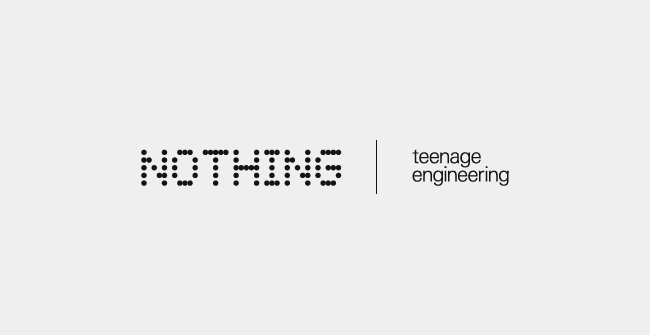 After Carl Pei’s exit from OnePlus, the tech world had a keen eye on him as he is seen as a visionary by many. Carl soon announced his new venture called ‘Nothing’ with a few easter eggs. Not much is known about the exact portfolio of the company, but given that it’s Carl, he is known to create good hype. And as a part of this, Nothing today announced its Founding Partner, which is teenage engineering, a company known for its sound products.

Carl Pei, took it to his and the company’s social media handles to announce their founding partner, teenage engineering. The new partner is actually a Swedish-based company known for its audio products with a strong design sense, that attracts a particular set of people. The company is also known for its collaborations with IKEA and several other big names and has a great reputation in the market.

Jesper Kouthoofd, co-founder and CEO of teenage engineering has been appointed as the Creative Lead of Nothing, and Tom Harvard is currently the Head of Design at Nothing. We are still to hear about new product launches from Nothing, but things have already got as interesting as they can.

This is what Mr. Jesper had to say after Carl Pei’s approach, “When Carl first told me about Nothing’s vision I remember being super excited thinking about how this would be translated into the design identity of the products. After months of research and development, we are now in a place where I believe we will have something exciting to show to the world”

Nothing also invited the mass public and interested people to show up for investing in the company in the form of crowdfunding for its Series A. As of now, they have already raised over 30 million USD through the support of over 20,000 people. Nothing has also received financial and business support from the likes of Casey Niestat, Kunal Shah (Founder of CRED), and several other popular public figures from all over the world.

Nothing had also acquired the company called Essential, an ambitious smartphone manufacturer known for its Essential PH-1. Carl made it clear that the acquiring of Essential was mainly for the patents, but this does kind of reflect the aims and goals of Carl Pei for the future of Nothing.

So what exactly is Nothing going to launch first? With the support from teenage engineering and several other sources, it looks like a big picture being painted behind the curtains, something only Carl can think of. We will surely keep you updated with the latest news of Nothing so stay tuned.