Vivo India has launched the next phone in its V5 series as the Vivo V5s goes official in India with the price tag of Rs. 18990. The smartphone comes in as something in between the V5 and the V5 Plus when it comes to the specifications as well as the price. Also, there is a little change in the design when compared with the Vivo V5.

The Vivo V5s comes with a 5.5-inch display with the 720p resolution (pixel density of 269 PPI) and internally, the smartphone is powered by the MediaTek MT6750 octa-core processor, the same that the Vivo V5 has, and along with that is 4GB of RAM and 64GB internal storage (out of which, about 53GB is available to the user). The storage can be expanded with a MicroSD card, but that is a hybrid card slot, where you will be restricted with one SIM card. The phone runs Android 6.0 Marshmallow based Funtouch OS 3.0 and there is a fingerprint sensor on the front of the device and it is embedded on the home button. The V5s has a 13-megapixel rear camera with the LED flash support and what the company touts as a better deal here is the front-facing camera. It is the 20-megapixel camera with the flash support, which is called as the Moonlight flash that doesn’t blow up things a lot but naturally brightens the capture in low light conditions. 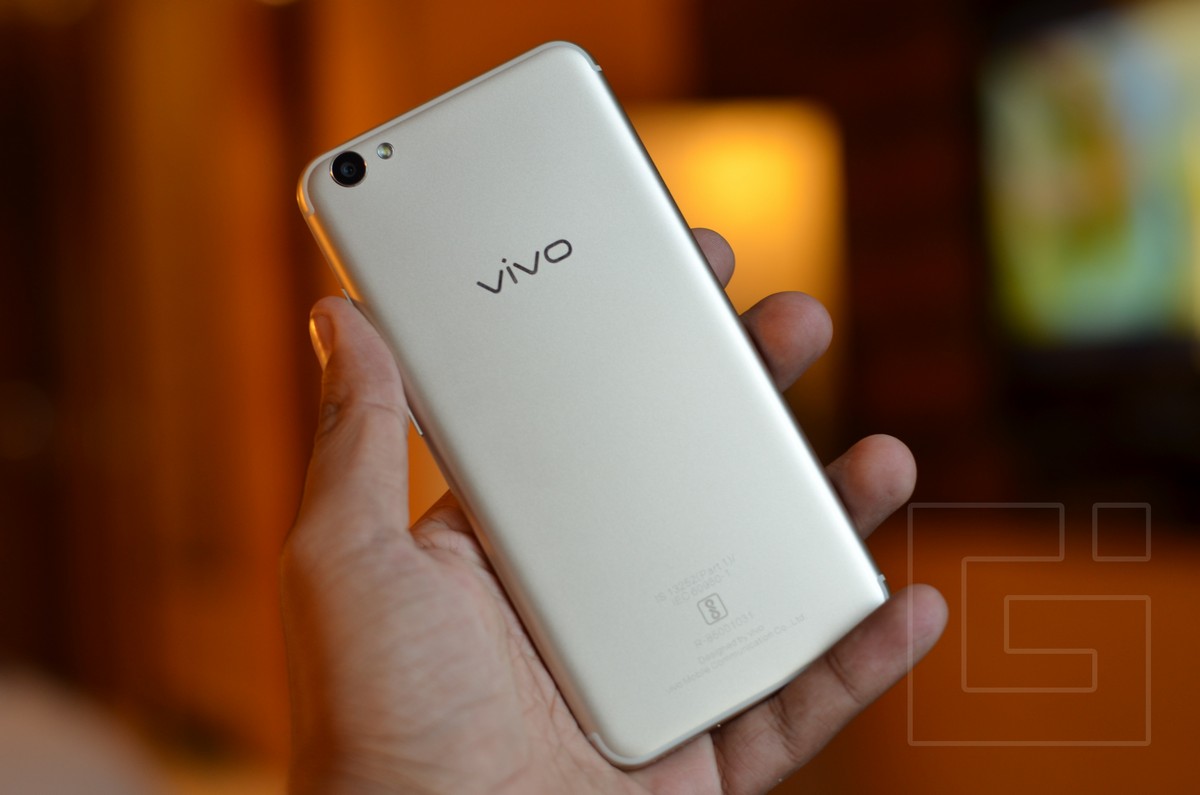 The V5 had a 3000 mAh Li-ion battery, there is a good 3900 mAh non-removable Li-ion battery on the back of the Vivo V5s. It is a Dual SIM phone with 4G support and there is VoLTE support as well. The phone has MicroUSB connectivity and the charger provided here is the 5V/2A one.

The design is quite similar to the Vivo V5 Plus, the company’s flagship phone but the difference is still clear because even though the antenna lines are now moved towards the top and bottom on the back of the device, the rear camera is pushed a bit upwards on the V5s and it is a thicker device than the V5 Plus.