There was a time when smartphones were bought based on how they looked or what they offered more than the others. In the recent times, even though things haven’t changed much, there are additions done to the stuff that people expect. A couple of major expectations that have gone up by many folds are the camera capabilities and the battery life. A few brands have been offering everything as a whole, but some have upped the game with specific offerings that excel in particular aspects. ASUS had recently launched the ZenFone 3 Max with a metal body and a powerful 4000 mAh battery under the tow. Let’s be fair to the other brands in the market right now, you’ll see there are quite a lot of devices being offered with that good amount of battery. Now, there was something to be done about it? “Yes” is the answer from the Taiwanese company that now has introduced the ASUS ZenFone 3S Max, with a 5000 mAh battery. et’s take a quick look at the device that has a heavy battery but is rather sleek and no different in looks from a standard-sized phone. I put emphasis on that because just to pack in a larger battery, smartphone brands had resorted to making the screens larger or pack the battery within a thicker frame. The ZenFone 3s Max is sweetly clad in metal with the golden shade, and the back has what is fondly called the baby soft feel. A 5.2-inch screen on the front with the 2.5D glass that dips into a circular side frame, joined on the other side by a rounded side of the backplate. The device has a fingerprint scanner on the front unlike the one on the back of the ZenFone 3 Max, and thus, the navigation buttons take their place within the interface. 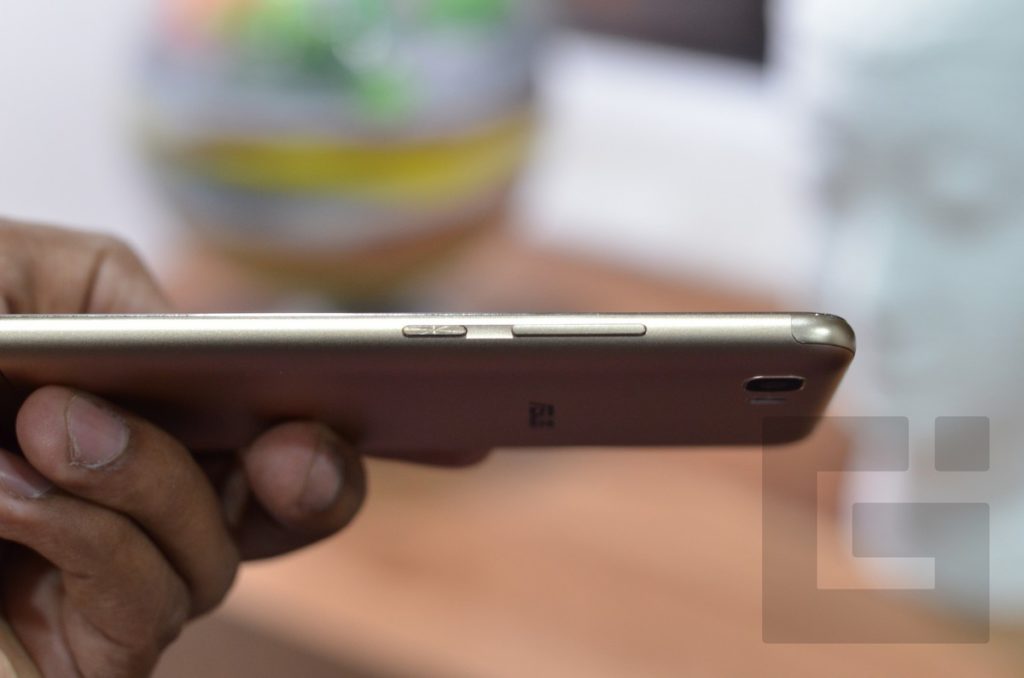 Some other differences can be easily noticed, and even though it is not a new generation, the small upgrade brings in a lot of changes. The camera has got down to a 13-megapixel one on the back, and the laser autofocus support is also gone. All this for a sweet bump in battery capacity, which not many should mind. Though, if you compare this with the smaller variant of the ZenFone 3 Max, the cameras remain the same.

The chipset has got a subtle change, where the MediaTek MT6737 processor is replaced by the MediaTek MT6750 chipset. It is an octa-core chip and has 3GB RAM support as well, but with some more usage, we’ll know whether the change here will facilitate in any better performance. A very well noticeable change is the OS, where even though you see the ZenUI layered over the Android OS, it is Android 7.0 Nougat OS running here. The bottom has a symmetrical design with two grills, one on the either side of the MicroUSB port. But it is only the right one houses a speaker, and the other one is to keep the design standards high.

It should all come down to the pricing of the phone, which is rumored to be between Rs. 14000 and Rs. 17000. For that price, there are a plethora of options to consider alongside the ZenFone 3s Max, but if not anything else, the battery comparison should benefit the latter. The phone is getting launched in a week or so, and we’d share the final verdict, then.

Vodafone confirms talks on merger with Idea in India