Heart rate monitors are present in the tech industry for a good amount of time but that doesn’t means they have lost popularity, instead it is becoming a must have feature in all the smartwatches and fitness tracker. Till now, Polar was one of those brands which didn’t have a heart monitor in their fitness bands.

But with the launch of Polar A360, the company has joined the league of companies which have a heart monitor in their fitness bands. Polar A360 is a colorful fitness band and comes with a rectangular LCD display. It is not a standard shaped display which you see on smartwatches, it is actually an elongated rectangular display which is of the size of the strap of the band and looks somewhat similar to the second-generation Microsoft band.

The band will display data like time and other stats. The device can only track few things like the daily activity, steps, calories, workout and sleep. According to the company, the band will last around 12 days with normal usage but it can perform even better by if the heart rate monitor is not continuously used.

Polar is also offering coaching for the user’s overall health and fitness management, and the heart rate is monitored only when the user is working out. The band has been priced at $199 which looks a bit more as compared to the features this band offers. It will be a choice of white and black silicone bands available from November, and later, pink, green and blue wristbands will also be available. 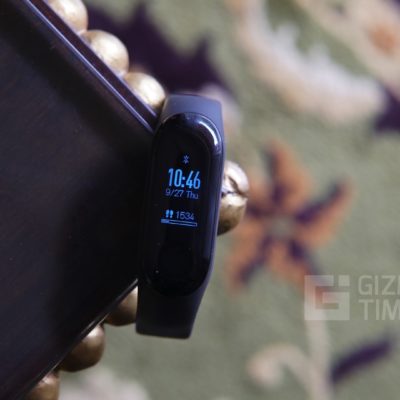