WhatsApp’s new beta version now has the feature to get a shareable group invite link, which is surely a useful feature if you are so much into groups and find it hard to manually add users, especially when you have to do that for over a hundred or two.

WhatsApp has been actively bringing about changes, because it was a few days ago that the previous beta the WhatsAppp 2.16.272 had brought in the new Mentions and GIF feature, which brings it closer in features when compared to the apps like Telegram that are picking up in number of users but are already feature-loaded.

The admins of the group get a unique link that they can publicly share and the group members then can share the link, and someone who gets access to the link will be able to directly join the group without the need for any admin approval. Also, it isn’t only the link that you can use because WhatsApp is also giving a QR code or an NFC tag, to take it further.

Just like we said earlier, this move will be useful to institutions and groups where having groups makes sense and adding users will be easier with the shared link. If you want to try out the feature before it comes as an update in the coming weeks, you need to download the WhatsApp 2.16.281 APK and install it on your device.

As usual, APKMirror gets hold of the APK first and they have the link shared for the download. Here’s the link and you can directly download the APK and install the app as you would usually do for any external app. If you haven’t done it earlier, you just need to go to Security Settings in your Android phone and allow app installation from external sources and then install the beta version by opening the APK file.

Honor providing the stairway to the future 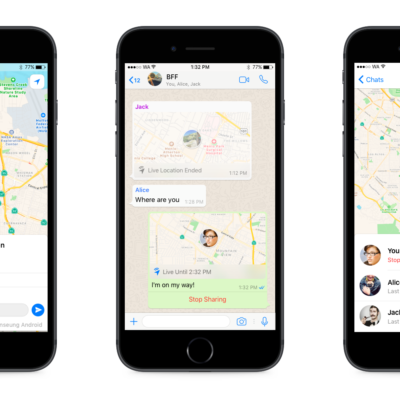