Youtube is about videos, but not every user would keep their eyes stuck to their phones to watch a video when they just want to listen to music. While announcing the Youtube Red subscription service, Youtube unveiled the new Music app, which will serve as a source for music.

This new music streaming app, i.e. Youtube Music will be working with normal Youtube videos, to switch to an audio-only version that can then be played in the background without having to keep the screen turned on.

Youtube Music is not completely integrated with Youtube Red service, since you are going to get a free version as well, though in that, the users will have to bear with ads. On the other side, the Youtube Red subscribers can enjoy ad-free music streaming on Youtube Music. 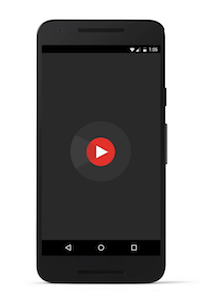 Music discovery will be one advantage with Youtube Music, where based on the genre of one song, there will be suggestions provided, and there will be a “love” button for the users to personalize and let the app learn on user’s choices.

For the free users, Youtube Music will always need internet connectivity to play music, but for the Youtube Red subscribers, there will be an option to save the music for offline playing.

Again, we’re talking a bit early and there is nothing really detailed about the Youtube Music app for now, and it might be available on October 28th, limited to the U.S. viewers, at least for the Youtube Red integration. The Youtube Music service can act as a rival against Apple Music and Spotify, with the offline playing, recommendations and favorite features, and this could well hold an edge because it isn’t a standalone service for $9.99 per month, but it comes with Youtube Red and Google Play Music subscription, all together at one cost.