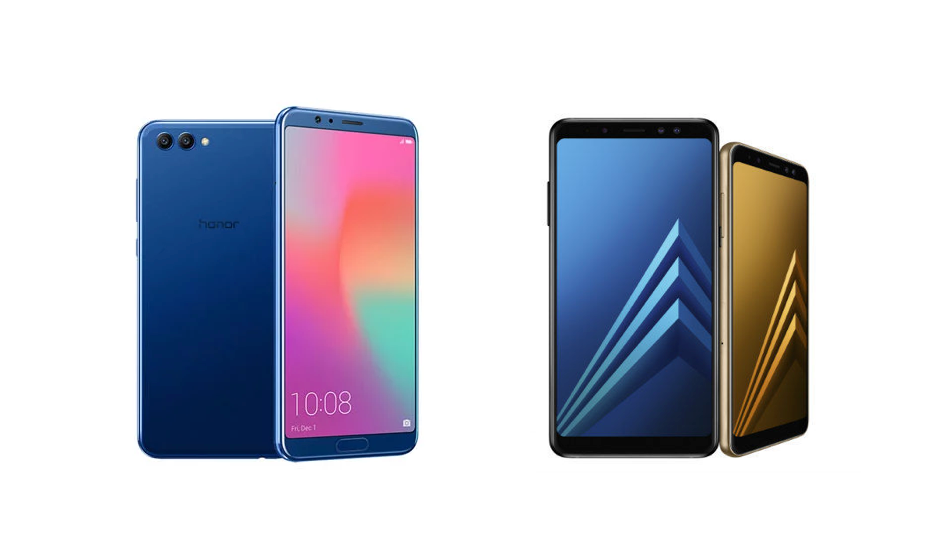 Samsung had recently launched the Galaxy A8+ after the Honor View 10 came into the market, both with good pricing and a lot to offer. But, there is quite a lot of difference between the two to confuse the users onto which one is a better choice.

The Honor View 10 has the company’s flagship chipset, the Kirin 970 processor that is capable of handling artificial intelligence to make the user experience much better. In the comparison below, let’s talk about how the phones are similar and how they differ from each other.

Similarities between Galaxy A8+ and Huawei Honor View 10

Differences between Galaxy A8+ and Huawei Honor View 10

Which is a better phone of the two?

Taking a look at all the different aspects here, it is very clear that the Honor View 10 is a better phone of the two, and with the added support by artificial intelligence to make the user experience better, it does make a good run against the Galaxy A8+ that comes with a similar display and body, but differs with the camera.

The selfies are surely better on the A8+ but in the end, taking all the factors into consideration, the winner here would be the Honor View 10.