In a certain price range, it was only the Xiaomi Redmi Note 3 and the LeEco Le 1s called as the best smartphone in the low mid-range. That’s how good the first phone from LeEco was in the Indian market. Now, LeEco has launched its successor, the Le 2 alongside the LeEco Le 2 Pro and LeEco Le Max 2.

Now, here’s how the Le 1s and the Le 2 smartphones face off against each other. There are not many differences between the two devices in terms of the design and internal specifications, with the body of the device carrying the same design lines as its predecessor the Le 1s, apart from the camera module in the back which is now centrally located and the fingerprint sensor is now square shaped. Another important change which users will notice in their everyday use is the removal of the 3.5mm jack.

The LeEco Le 1s is priced at Rs. 10,999 and the Le 2 is priced at 1,099 Yuan in China which is approximately Rs. 11,300. The pricing and availability in India is not yet revealed. Pre-orders for the Le 2 in China have begun and device will be available from April 26.

The Le 2 will be better as it is the successor to the Le 1s and has some decent upgrades. There is an upgrade in the processor with the Helio X20 deca-core processor compared to the Helio X10 octa-core chipset in the Le 1s. The camera segment has also seen an upgrade with a 16MP sensor on the back compared to the 13MP sensor and front camera is 8MP from 5MP in Le 1s.

The rear aspect of the device gets a much needed revamp in design with the camera sensor positioned in the middle with the fingerprint sensor below it which looks much better with the antenna bands positioned on the top and bottom of the device. The front of the device is similar, the Le 2 has thinner bezels but carries the same overall design as the Le 1s. The Le 2 runs on the latest Android 6.0 Marshmallow OS compared to the Android 5.1.1 Lollipop OS.

Removing the 3.5mm jack appears to be a bad move for a device in the mid-range segment, this will make all the headphones etc previously owned by the user useless and there are hardly any headphones in the market supporting USB Type-C audio like the JBL Reflect Aware etc. Overall the Le 2 is a decent upgrade from the Le 1 and with  the  competitive pricing of the Le 2 it is a sure winner when it comes to comparison between the two devices. 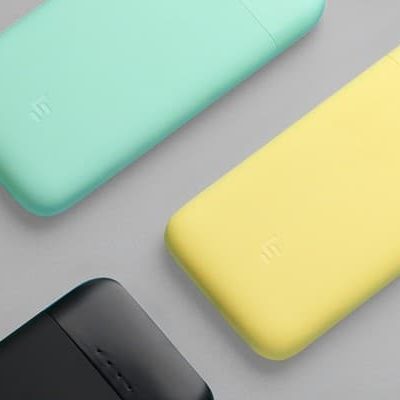