The Intex Fitrist series of fitness trackers from the electronics brand Intex has now added a new band, the Fitrist Pulzz, which comes with an OLED display, and a heart rate sensor is also included. The Fitrist band wasn’t really a good one when it comes to the accuracy of step count, but now, Intex seems to have made it better with not just the hardware but also with the software as there seems to be newer options included in the app.

The Fitrist Pulzz has a 0.66-inch curved OLED display and the resolution is 64 x 48 pixels. Apart from having a heart rate sensor, the band, this time, has a hydration reminder alarm, a personal burn meter, and the users now get an option to plan out their fitness schedule. It is a touch-enabled band and has a silicone strap attached to the display piece.

As for the tracking, it is the step count, calorie burn count, and the distance count done by the band. The FitRist Pulzz is also said to be tracking the sleep quality, which is a very good feature on the Xiaomi Mi Band.

“With a growing awareness of fitness as a part of youth’s lifestyle, we have expanded our wearable smart band offering with the new fitRist Pulzz for the fitness conscious and tech savvy youth. We are happy to partner with Flipkart for bringing the fitness device exclusively to consumers and are confident that the platform will ensure quality reach,” said Keshav Bansal, Director, Intex Technologies.

Having Bluetooth connectivity, the FitRist Pulzz can show notifications of the incoming calls, SMS and messages from social platforms. Two more important features of the band include allowing the control of music playing on the smartphone and acting as a remote shutter for smartphone cameras.

The band works with both, Android and iOS, and the battery life is said to be about 7 days given by its 80 mAh battery. Just like its predecessor, the Intex Fitrist Pulzz is water and splash resistant. Black, Blue, Green and Violet are the color options but Black is the only option available currently on Flipkart, where the band is exclusively launched. 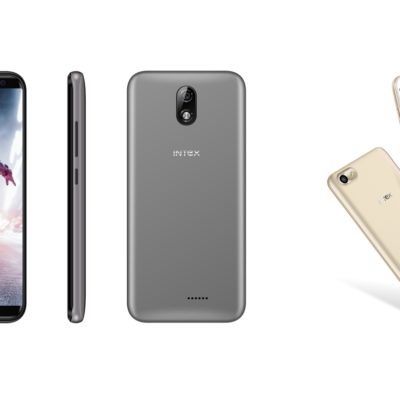