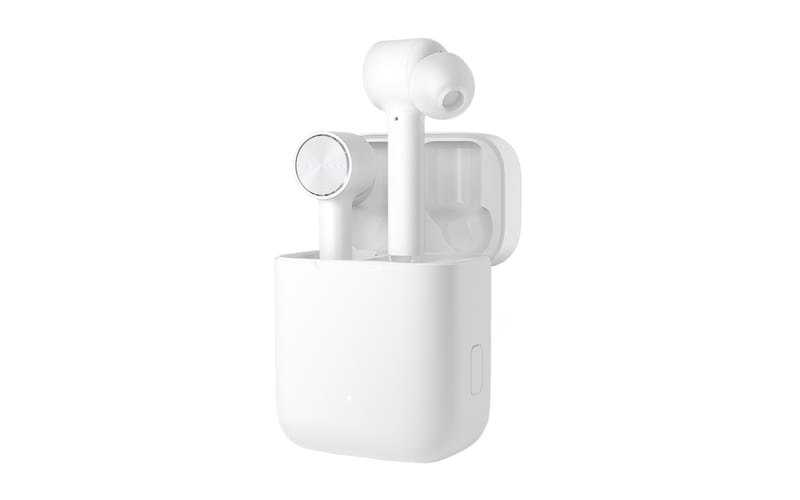 Xiaomi’s wireless earphones have been leaked earlier and now the Airpods-like wireless earphones are official, and are named as the Xiaomi Bluetooth Headset Air. These aren’t the first of that kind from the company as they had earlier come up with the Xiaomi Mi Airdots but the new Headset Air is exactly like the Apple Airpods with the design, but it gives the Android users a very affordable option.

The Xiaomi AirDots Pro looks like the Airpods and the pair comes with the exterior housing that has two options, white, and black. The interchangeable earbuds are available in different sizes. Unlike the limited functionality that is offered on the Airpods, the Headset Air can also control the music playback with the touch controls on the earbuds.

The onboard controls of the earphones can let the user choose between Google Assistant and Siri. With the design, the Airdots Pro is made to be water resistant and the earphones can work as a standalone unit or with the phone. The earbuds have an extension that house the microphone so that you can make calls. The company claims that the earphones have a better fit and functionality when compared to the Apple counterpart. The battery life is said to be about four hours and with the included battery casing, the total battery life goes up to 10 hours. The earbuds can be charged fully in about an hour’s time using the case.

The official price of the Xiaomi Bluetooth Headset Air is 399 Yuan, which is about $60. The details about the availability of these in India are not available. In a market where not many options are abvailable for wireless earbuds that mimic the design of Apple Airpods, this should be a good offering if it launches in India.

Wi-Fi 6 - Improved speeds, better battery more - Why is it important?