Kingston isn’t much known for making headphones because the company excels in making storage solutions such as hard drives and USB drives. The company, though, makes some decent gaming headsets in the HyperX Cloud series. Earlier, it was the Kingston HyperX Cloud Pro that was fair enough with the overall sound quality, and now, it is Kingston HyperX Cloud Core that is aimed at gamers, especially the PS4, XBox One, Wii U, and PC as well.

There are better ones as well from Kingston, but the Cloud Core is aimed at entry-level users who would want not just a good sound quality, but something that looks good as well. The Cloud Core looks quite impressive, but does it sound good too? Let’s check out.

The 53mm neodymium drivers give a 2.0 sound experience, and the headband is made of leatherette, earpads are made of memory foam leatherette, and the entire frame that connects both the bands is made of aluminum. For those who throw in their voice while gaming, a detachable mic is also a part of the pack.

The headphones have no color variants, so it is only the black one that you will find, and the overall feel is great since the headphones are quite sturdy, with the appropriate edges being smooth enough not to point and hinder the experience during long hours of usage. While Kingston has used Red for the logo over the black earcup, the red stitching on headband adds to the good looks.

While you can always remove the microphone if you are using the HyperX Cloud Core for listening to the audio, it isn’t a fixed one, and you bend it slightly according to your comfort. In some headphones, you’d see the connecting wire close to the band that attaches head and ear bands, but in the Cloud Core, the wire is separately sticking out, and while it might not change the way you use it, these can be prone to damage while traveling, if not packed well.

The Cloud Core headsets come with a built-in DSP sound card, and the closed cup design is to cancel any passive noise from around, and these are made to deliver a virtual 7.1 surround sound. The actual quality of sound coming out of these headphones is pretty great, and it can beat several others in the competition, with not just the level but with the sharpness and power balanced out.

The effectiveness and actual use of the HyperX Cloud Core headsets are when you are playing some heavy game titles, such as Battlefield on PC or one of the gaming consoles, where there are different levels of sounds, and a full 7.1 virtual surround sound is what comes out.

You will need to use the 3.5mm connections with the extension cable to use the microphone on the PC, and one accessory missing was the adapter for Xbox One, though that is easily available as a common one for several headphones. It is rarely an issue of detecting the headphone on different platforms, and unsurprisingly there are no complaints about the sound quality, as these aren’t the basic headphones just for music, but for high-end gaming as well, and they do the job as promised.

While using the headphones for over a month, there was no damage even after rough usage, except that there is always a concern about the threading to tear off anytime.

Not to exaggerate, but the HyperX Cloud Core from Kingston does deliver a high-end audio experience for a price lesser than what one would expect to see for that quality. The headphones are well built, look and feel premium, and they are all worth the price. 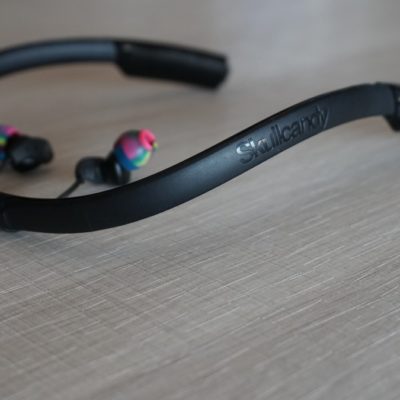