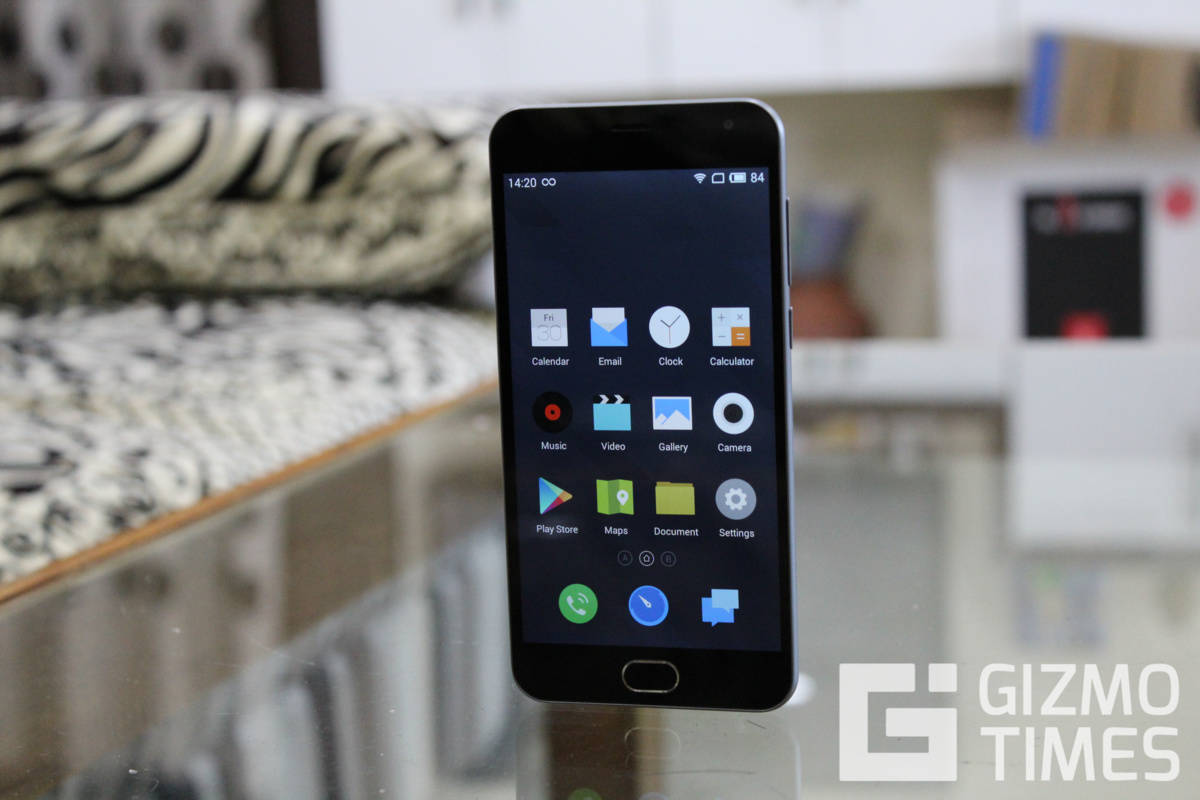 Meizu’s entry into the Indian market was through a phablet in a price range where a tough competition always existed. After the recent launch of Meizu M2 Note, the company’s latest entrant into the market was rather a budget device, the Meizu M2, which was targeted to compete against the likes of Xiaomi Redmi 2, Yu Yuphoria, Lenovo A6000 Plus and such.

Things begin with specs, whatever the price range is. Of course there are some inclusions that companies point as the USPs, but the Meizu M2 doesn’t seem to have anything special, as the company claims to have done well with the basics.

A 5-inch display with 720p resolution, Mediatek’s quad-core 64-bit chipset, i.e. Mediatek MT6735 along with 2GB of RAM and 16GB internal storage. While the competitors, all the ones mentioned above have a good Snapdragon 410 chipset, the camera is what might keep the M2 a bit ahead, i.e. with a 13-megapixel rear and a 5-megapixel front-facing shooter.

The design looks stunning, and one might forgive some compromises if they look at the design of this device for the price. Although there’s a white variant as well, I used the Grey one and that looks too classy, and the curves on the back, flat design and the color make it all a good one in the price range.

The buttons are well placed on the right side, while the speaker grill, microphone, and the MicroUSB port in the centre bottom adds to the class, though we aren’t looking at anything new. The way mBack key on the front is given with a metallic rim around it, the button looks more like something with a fingerprint scanner, but it isn’t anything else than a multiple-function button.

The M2 does have a design to fall in love with, and the size is just perfect for a phone having a 5-inch screen. Of course the Redmi 2 Prime didn’t look or feel bad either, but the curves make sure that you don’t feel uncomfortable even after a long use of Meizu M2 in your hand.

The screen is a fingerprint magnet, and it even retains smudges, needing regular cleaning and that’s where one would fear of getting thin scratches. Otherwise, the display is quite beautiful. The brightness is good, and it is well lit to not become unreadable under the sunlight.

The display looks great, with 720p resolution, but we put a focus on the color saturation, which doesn’t look dull and over-saturated at the same time. Brightness at maximum is enough to have content easily readable under the sunlight.

For a personal experience after using the phone for about a couple hours, and using other Chinese devices for around years now, I am not satisfied with what Meizu offers in its UI. Flyme OS is what they call it, and it is no different from most of the Chinese ROMs when it comes to giving an app drawer – You don’t get it.

As neat and beautiful the UI and icons look, it is as confusing as well. You are given a single mBack button, which although is said to be super useful, actually doesn’t do anything special, except for locking the screen when pressed for a long time. It is both, touch sensitive as well as responsive to physical press. A Personalize app allows only customization with Chinese content for now, while some other useful apps that come pre-installed, include AppCenter, Memos, Painter, Security, Voice recorder, Updater, and not all Google Play apps are seen here, as Meizu has limited that to Google search, Maps and Play Store.

The thing with Flyme OS is that you won’t be necessarily hating it, even if you aren’t liking it much. There is enough for the user to do and personalize the way it looks, but only the functionality is kept limited. For example, the mBack key is what you get but one cannot have on-screen navigation buttons. Reaching the multitasking bar isn’t easy either. Someone who’s new to this might take some time to get adjusted to, but in the end, all is well since in the end, the apps are still going to be the same. There are some good gesture features, and to be really frank, one would not expect to see them in phone of this price range. Some of them include the double-tap-to-wake, Slide upward to unlock, Slide downward to open notification board, drawing letters for certain actions and such.

Performance on the device is swift, and the interface is well responsive, except a few jerks noticed while switching between apps right from the multitasking bar. Camera app takes a bit to load after switching directly from apps like Facebook, Twitter or such. About 1.1GB of RAM was available when rebooted, but it is not as easy as the other ROMs, to check the stats or kill the apps from there.

Playing high-end games was no issue, except with a couple of games that give the phone an ultimate test – Modern Combat 5, and Nova 3. The areas where there is extreme speed and graphics to be loaded, rendering did show a slowdown and thus, lags were noticed. But for someone who doesn’t want to go more than car racing or games like Temple Run, this doesn’t break a sweat. The camera combination given on the Meizu M2 is well ahead of what the competitors have in that price range – a 13-megapixel rear and a 5-megapixel front camera. A carousel scroll in the app lets the user choose between modes, including slow motion videos, manual mode for photo captures, Barcode scanning, Light field, Panorama, Beauty mode, and Auto.

You really have to give it a proper time and stability, for a non-shaky capture. HDR takes at least a couple seconds for processing a capture, but in the end, doing a very good job without over-saturating the pictures. Manual mode has shutter speed setting for up to 10 seconds, ISO from 100 to 1600, Exposure compensation and focal length settings that can be manually controlled.

The Meizu M2 can capture 1080p videos, but then the videos don’t look great for the resolution. Unnatural exposure that rapidly changes with a little change in the background light. If the light doesn’t change much, the quality is very appreciable.

Overall, the captures are not bad for viewing on the mobile, but the difference from some other 13MP camera captures, such as the ones from Moto G 3rd gen., Lenovo K3 Note is that the picture when viewed on zooming on, shows blur on the captures taken from Meizu M2’s rear camera.

The Meizu M2 comes packed with a 2500 mAh battery, and that is good enough to last for a day, giving a screen-on time of around 3 hours, sometimes going close to four hours when used on power saving mode. Standby on an occasionally unstable network isn’t good, since the device keeps checking for the best available network actively. While that helps the user in staying connected, it consumes battery.

The settings has Power-saving mode, Balance and Performance modes, but there is nothing that the user can do to change the settings. Those modes will work based on how the OS has set them up, but thankfully, they do a good job in the end.

Speakers are just decent, and I am more impressed with the placement of the speaker grill, than the actual sound quality. It doesn’t have a heavy output, but for what is given, there is no distortion noticed even at the highest audio level while playing music or video. So, almost everyone who was asked for a decent phone for a price range of about Rs. 7000, would suggest either the Xiaomi Redmi 2 Prime, or the Lenovo A6000 Plus, or the Yu Yuphoria. Almost the same with specs, and both were decent with one holding an edge over the other with particular features. But, the new entrant from Meizu has enough to challenge both, and somewhere excel in particular aspects.

Perfectly designed, having decent cameras and a swift performance, while not being too dull on the battery, the Meizu M2 is an easy pick at the price. Only if Meizu is able to deliver something with the after-sales service part, though the company claims that about 40 centres are already present to address any issues. But at the same time, it was a similar case with Xiaomi and other brands who newly entered with the aggressive pricing, not long ago.