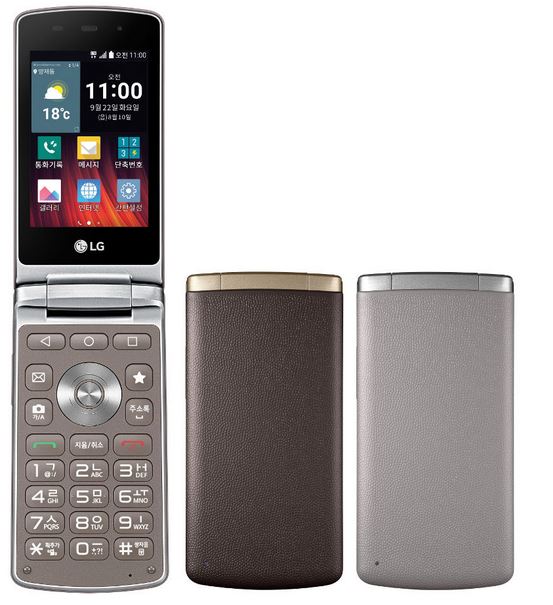 LG has introduced their latest in the flip smartphone category called Wine Smart. This device was introduced into selected markets last month in the name of Gentle. The device now is launched in Korea with through two carriers SKT and KT. This device comes along with the recently revealed all metal body LG Class.

The LG Wine Smart Jazz was earlier released named as LG Gentle Flip, it is the same smartphone with a different name. With LG showing sales figures of more than 500 million smartphones in the Wine series. It is popular with elderly people and users who want a T9 keypad and ones who are fond of flip phones. The device also sports a Q button which will show the list of most used or opened apps.

The LG Wine Smart Jazz sports a 3.2-inch touchscreen display with a resolution of 320 x 480 pixels resolution. It is powered by a 1.1 GHz quad-core Snapdragon 210 processor with Adreno 304 GPU and supported by 1GB of RAM and 4GB internal storage space which is expandable using microSD card. The device runs on Android Lollipop 5.1.1 with custom LG UI over it.

The LG Wine Smart Jazz will be available with local operators SKT and KT starting from September 21st and comes in two colors Beige and Brown. The price of the device is 242,000 Sout Korean Won which is approximately US$ 205 or Rs. 13,540. The availability and pricing in India is not yet confirmed.