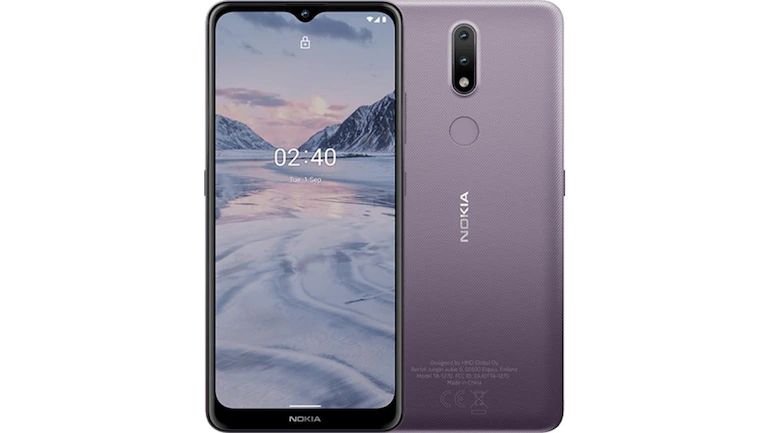 Nokia has started teasing the Nokia 2.4 across its social media handles in India. The device was unveiled by HMD Global in Europe around September along with certain other devices. From what we know so far, the Nokia 2.4 will feature a waterdrop notch display with HD resolution and a rear-mounted fingerprint scanner. The teaser also reveals the presence of dual-rear cameras on the Nokia 2.4.

The official launch of the Nokia 2.4 is scheduled to be in 10 days. Although the exact Indian pricing is not yet known, we can assume it to be around Rs. 10,000 if we see the European pricing of EUR 119. The device is said to be available in three colors – Charcoal, Dusk, and Fjord in 2GB+32GB and 3GB+64GB storage configurations.

Be ready for all new smart technology that you will fall in love with.
Stay tuned. #OnlyGadgetYouNeed pic.twitter.com/RNkrBShQwl

The Nokia 2.4 will have a 6.5-inch HD+ LCD screen with a resolution of 720×1,600 that gives a 20:9 aspect ratio. Just like all other Nokia devices, the Nokia 2.4 will also run on stock Android 10. It will be powered by the Mediatek Helio P22 chipset with 2GB and 3GB of RAM. The device is said to have two storage configurations, 2GB+32GB and 3GB+64GB and the storage can be expanded using a micro-SD card slot.

The dual rear cameras will consist of a primary 13MP camera with an f/2.2 lens with a secondary 2MP camera for depth sensing. The selfie camera housed in the waterdrop notch will be a 5MP shooter with an f/2.4 lens. The camera app will offer several AI-based features like portrait modes, filters, and more.

The Nokia 2.4 will be a 4G LTE device with support for VoLTE< WiFI, Bluetooth, and more. It will be powered by a 4500mAh battery that can be charged using the provided micro-USB port. The device will also have all basic sensors lie an accelerometer, compass, proximity sensor, and ambient light sensor. The official launch of Nokia 2.4 is said to around the end of November, and we will keep you updated with the official Indian pricing details so stay tuned.