When everyone was exited about the flagships by Samsung – Galaxy S7 and Galaxy S7 Edge along with the LG G5, one company has shocked everyone with the powerful Elite X3 which comes with QuadHD AMOLED display, Snapdragon 820 SoC, 4GB RAM etc. Looking at all the specs you might be thinking it is a Android powered device, but no its not, it is a Window 10 mobile running smartphone which will give any device a run for its money.

Packed with all the goodies, HP.inc seems to be giving in everything to make sure that Windows 10 mobile gets back into the limelight concentrating on the corporate customers with the specs and the added advantage of Cortana. It comes with iris recognition and Fingerprint sensor to give users more security along with IP 67 water resistance up to 1 meter depth for 30 minutes which is one of the first for a Windows powered flagship.

Specifications of the HP Elite X3:

The device is a true Flagship which is powered by the powerful Quad-Core Qualcomm Snapdragon 820 SoC running at 2.15GHz becoming the first Windows 10 running smartphone with this SoC. It is coupled with 4GB of RAM and 64GB internal storage which is further expandable using microSD card.

The HP Elite X3 comes with 16MP rear camera with LED flash and an 8MP front facing camera. It comes with Iris Scanner and rear mounted Fingerprint sensor which add to the security of the device which is targeted at corporate consumers. The device is powered by an impressive 4150 mAh battery and it supports wireless charging using both Qi and PMA standards. The device has IP 67 water resistance which can withstand immersion in 1 meter of water for 30 minutes. HP is giving a lot of importance to protection with the use of dual bio metrics, FIPS 140-2 cryptography, 256-bit key full disk encryption, TPM 2.0, protection against firmware rollback.

HP is also introducing two accessories for the X3 called the Desk Dock and Mobile Extender. The device is said to be available through HP to its enterprise customers at your Best Buy or AT&T store along with Online sale through Microsoft store. 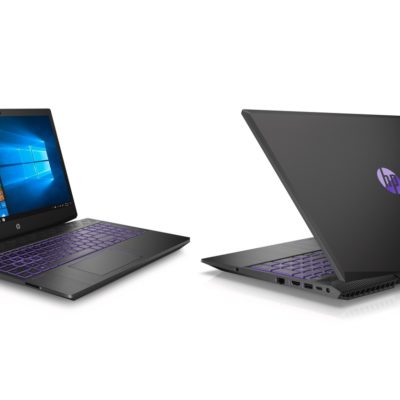