Sennheiser Orpheus Headphones return with a price tag of $50,000 If you are a music enthusiast with liking for headphones then the Sennheiser Orpheus will surely be on your dream list to own, it is like the Bugatti, Ferrari or Lamborghini of the Headphones world. The first model was released way back almost 25 years ago, there were only 300 of those made and aptly made in such low numbers because of the whooping $16,000 price tag which it carried.

It was paired with its own valve amp when first released which looked like something out of Frankenstein’s closet, the amp valve is available with the latest model as well but has got some refined modern touch to it. Sennheiser’s technicians are said to have worked for almost 10 years to bring out this marvel into the market which has to live up to its predecessors name. Sennheiser CEO Daniel Sennheiser, said, “With the new Orpheus, we once again push the boundaries and show that we can repeatedly set new benchmarks in excellence and with that shape the future of the audio world,”. The new Orpheus which carries the tags of being the world’s costliest and the world’s best headphones were subjected to a trial by noted Jazz musician and Grammy award-winner Gregory Porter who commented after listening to the music, “When I record my own music, I always try to convey my emotions. I don’t know how exactly, but these headphones really do succeed in getting those emotions across,”.

It  comes equipped with a ESS Sabre ES9018 chip and internal DACs which are used to convert digital audio with sampling rate of up to 384 kHz. It comes with an impressive audio range of 8Hz to more than 100 kHz in comparison, most headphones come in a range of 20Hz to 20kHz making it one of a kind. The audio distortion is kept at 0.01% at 1kHz and 100 decibels.

It is designed to be beautiful as well with a built in case for the headphones along with oxygen free copper cabling and use of fine German leather. The tube and transistor amplifiers, marble housing which prevents any noise caused by the headphones and being  spring-loaded.

The Sennheiser Orpheus headphones will be released from next year onward slated for a mid-2016 release. The price of the top of the line headphones by Sennheiser is $50,000 which makes it the costliest headphones in the market. It is said to be hand manufactured in Germany and mostly it will not be limited to 300 in number as its predecessor. 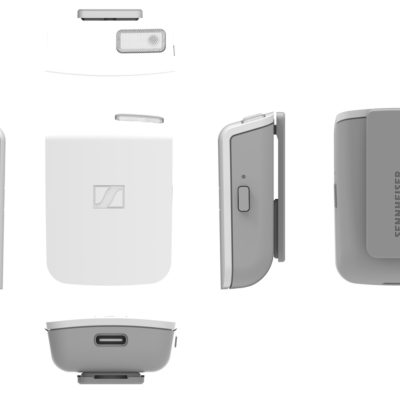