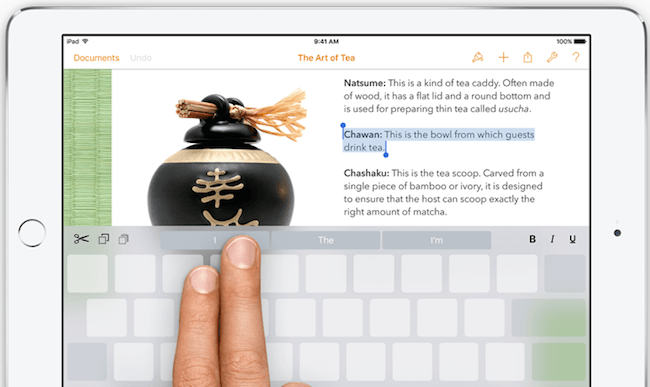 With iOS 9, Apple has finally tried to understand what users of Apple devices actually want out of iOS, and have managed to add a lot of features to the iOS 9 operating system, that we all have been waiting for so long. This announcement was done at WWDC 2015 event.

Apple announced support for keyboards from third party keyboard developers on their iOS 8 operating system last year, and it was much welcomed by almost everyone.

This year too, along with all the software features provided with the iOS 9 operating system, there are also some major functionality upgrades for the keyboard function. And if you are interested to know what are some of the new keyboard features that you get with the iOS 9 update on your supported Apple devices, then today we bring you a list of all the new keyboard features that can be found in the iOS 9 release. Not to forget, iOS 9 brings multitasking feature as well, to the iPads.

What are the new iOS 9 Keyboard features:

Below are a list of keyboard features that comes with the iOS 9 operating system:

Finally, the above mentioned were some of the new iOS 9 keyboard features available. If you felt this article interesting and informative, then please do share it on your social media profiles. And if you would like to add on some more keyboard features provided by the iOS 9 operating system, that we have missed out here, please do leave them as comments below. Did you know that Apple Music is also announced?